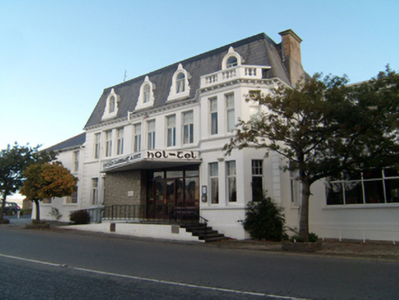 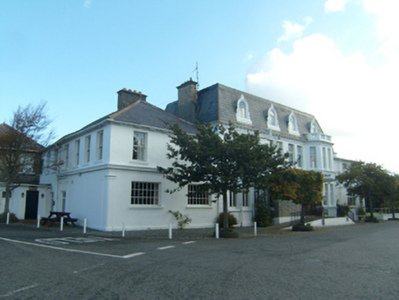 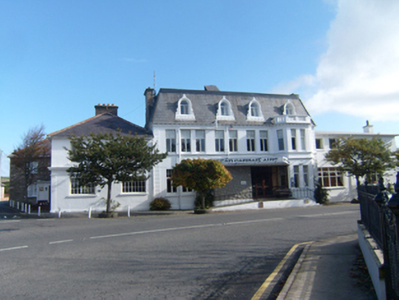 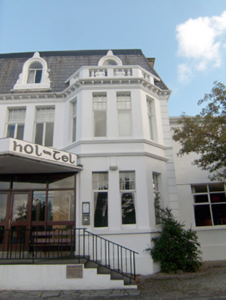 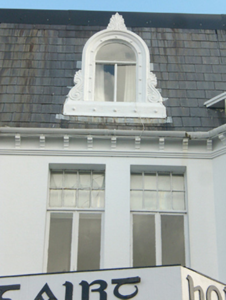 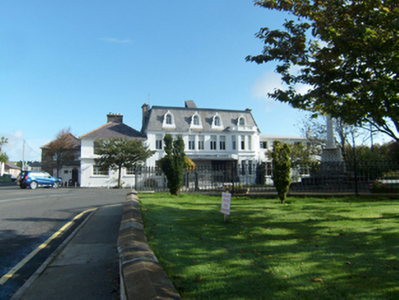 This substantial and well-detailed purpose-built hotel, of early twentieth-century date, retains much of its original form and character despite some alterations to the original block and the construction of a number of later blocks to site. Its visual appeal and integrity are enhanced by the retention of salient fabric such as the natural slate roof and timber casement windows while the main block is enlivened by the extensive render detailing including stringcourses, bracketed eaves course and particularly by the elaborate detailing to the dormer openings. The detailing to this hotel, particularly at roofscape level with steeply pitched roof with round-headed dormers, is unusual to find in a small-scale village such as Carrickart, which gives this building a strong presence. It harks back to the Edwardian period and the commencement of middle class tourism in the area at the turn of the twentieth century. This building terminates the north-east end of the Main Street of Carrickart, and is of social interesting due to its long history accommodating visitors to the area, and providing employment to the local community. This hotel may have been originally built by the Fourth Earl of Leitrim (of Mulroy House; died 1892) whose widow and estate developed a hotel at nearby Rosapenna in 1892 and extended it in 1896. A golf course was laid out close to the hotel at Rosapenna in 1893 to designs by Tom Morris of St. Andrews. The hotel in Carrickart was apparently built in 1890 and was extant by 1902 (Ordnance Survey twenty-five inch map). This was to the north-west of the main block as stands today. The two-storey block to the west side of the present main block may incorporate part of this earlier hotel. The main block was apparently built by a Michael Friel to replace the earlier hotel. The hotel was later taken over by Mary Ann Maguire in 1934 and later by the Walsh family in 1934 (local information). This fine building is a landmark structure in Carrickart, and is an addition to the built heritage of the local area.