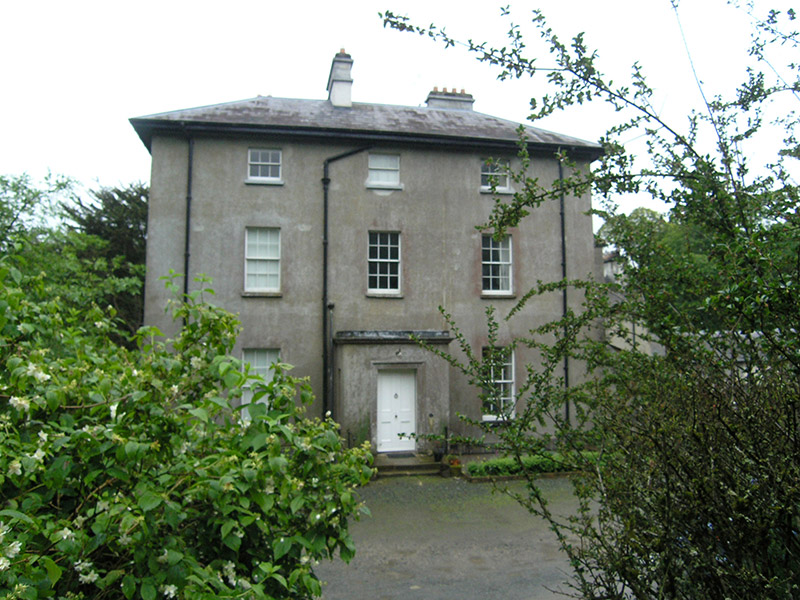 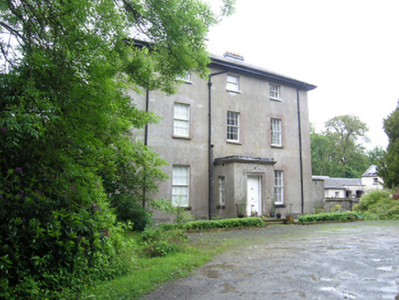 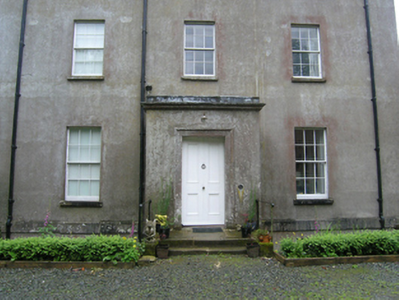 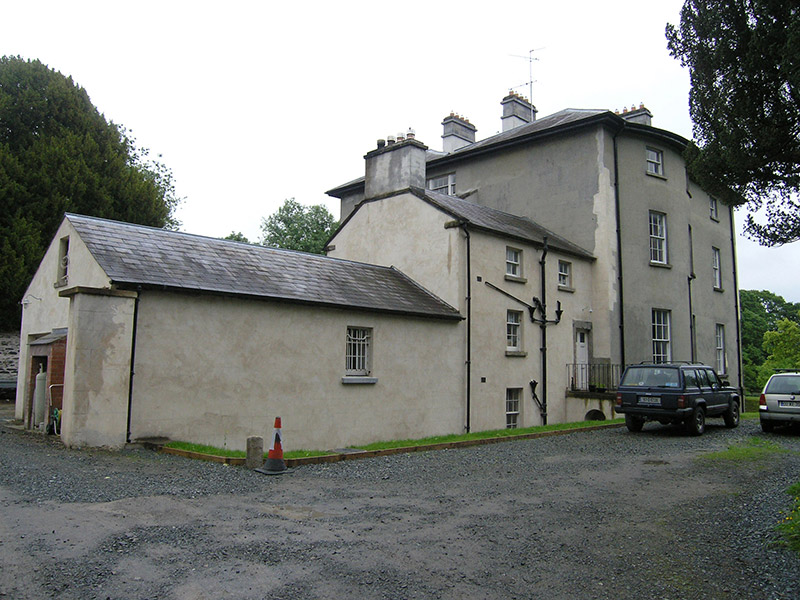 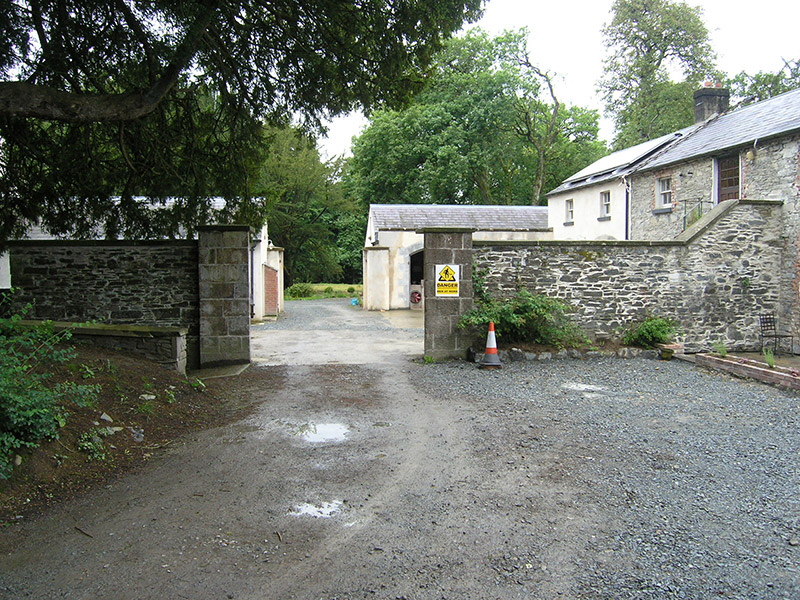 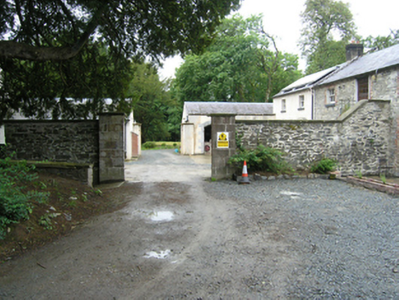 Corravahan is a middle-sized country house, built for a member of the Beresford clergy dynasty, Marcus Gervais, who was incumbent since 1828. The site was the garden orchard of the old 'Drung Parsonage' built in 1728, repaired in the 1740s and described by John O’Donovan in the 1830s as 'an old lofty thatched house'. Expectations of clergy had changed by the early nineteenth-century and in 1836 it was reported to be 'in a ruinous and condemned state, and unfit for residence'. The architect was probably William Farrell (d.1851) who can also be associated with the design of nearby Tullyvin and Rathkenny Houses. Corravahan retains much of its original fabric and architectural detailing including joinery and plasterwork. The enlargement of a window on the west elevation and the French window incorporated in a bay are of a high architectural quality. As befitting a glebe house there are well constructed ancillary buildings including a tack room with wood panelling and saddle horns and a coach-house block. The Victorian garden layout including terracing to provide a level tennis court supplemented an earlier garden layout associated with the early eighteenth-century parsonage. The walled garden is located to the south-east of the lawns, and once formed part of an extensive landscape of gardens, woods, paths, and ponds more in the style of a country house demesne reflecting the particularly wealthy status of the clergy incumbents of Beresford and following him Rev. Charles Leslie. The house, outbuildings, and grounds form an ensemble of high quality which contribute significantly to the architectural heritage of the county.