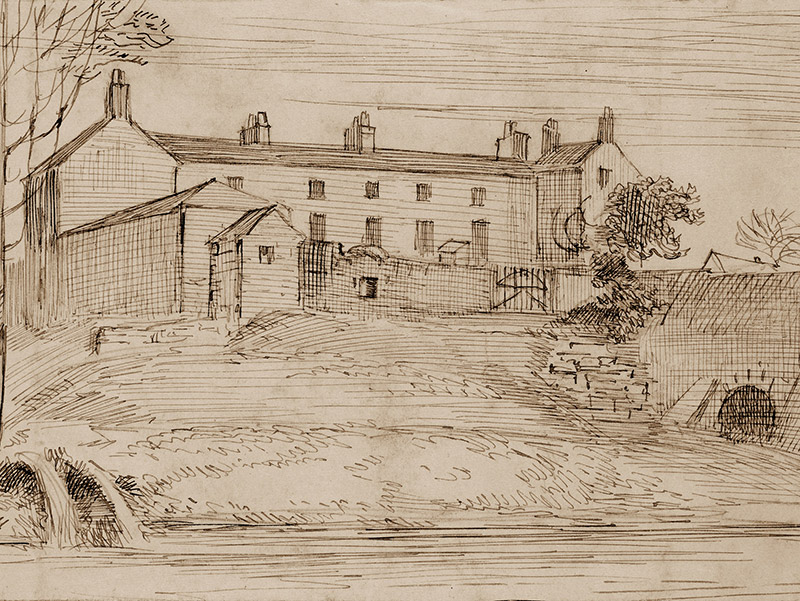 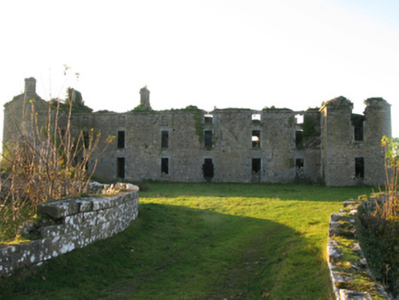 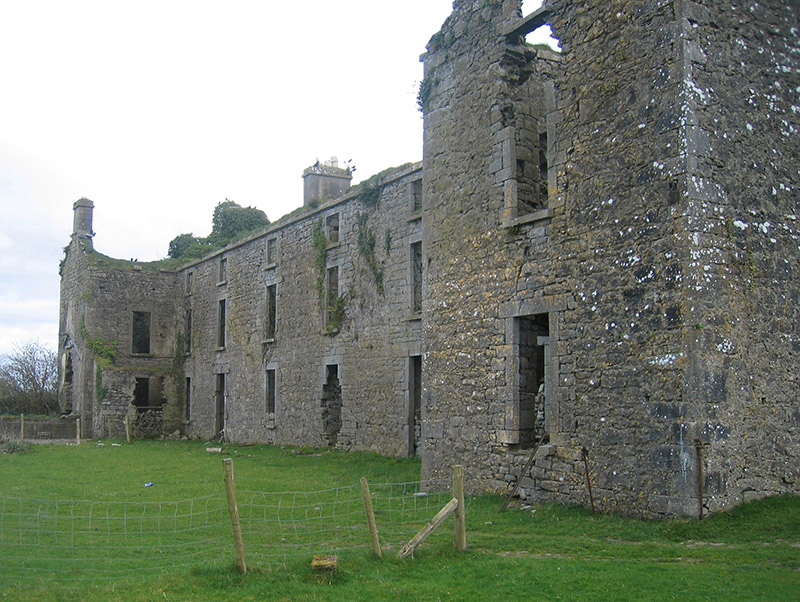 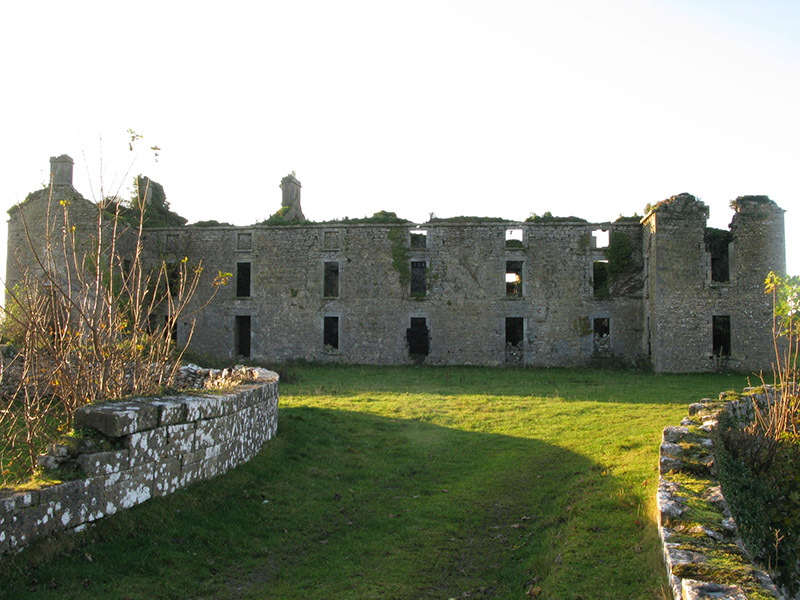 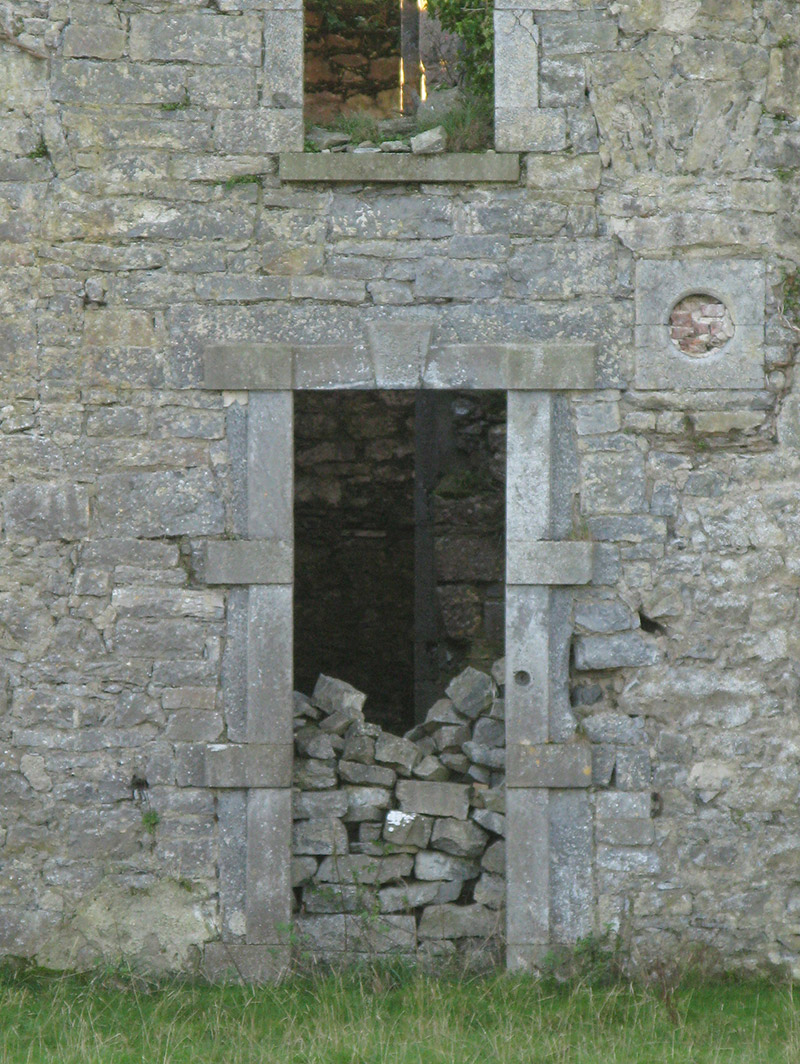 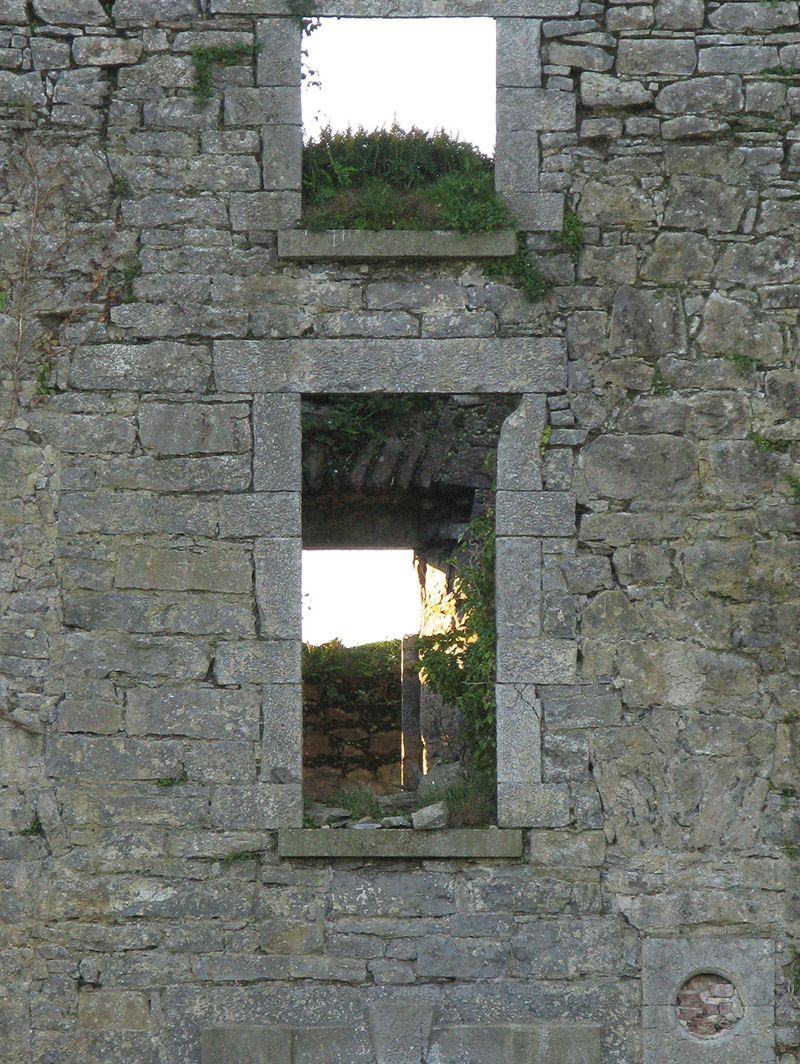 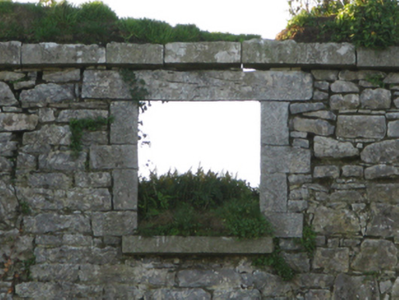 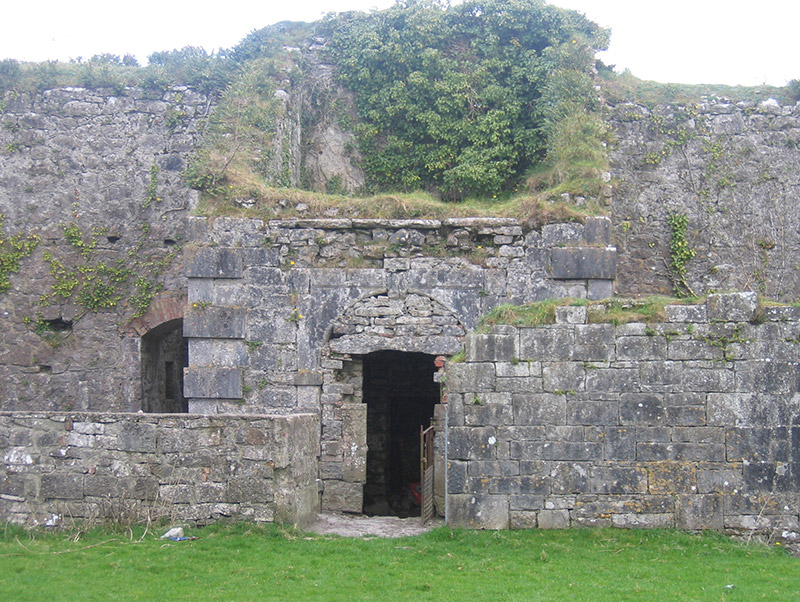 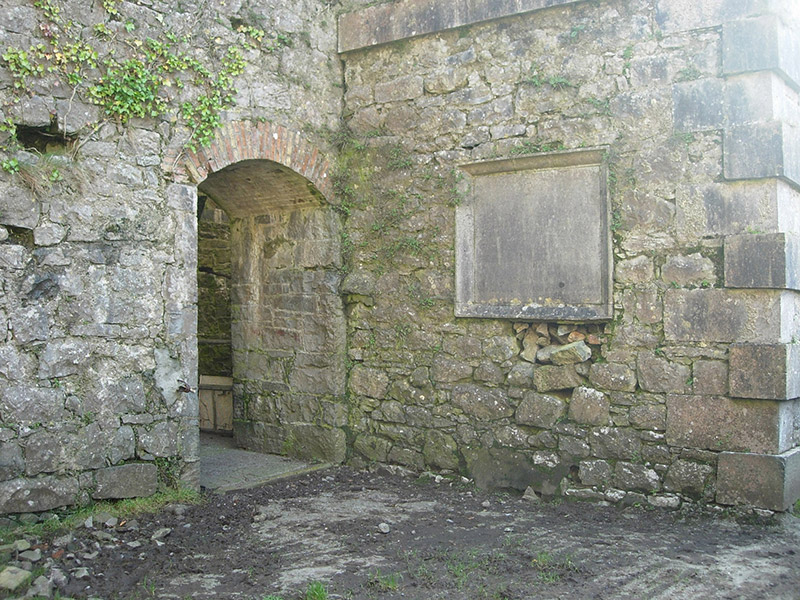 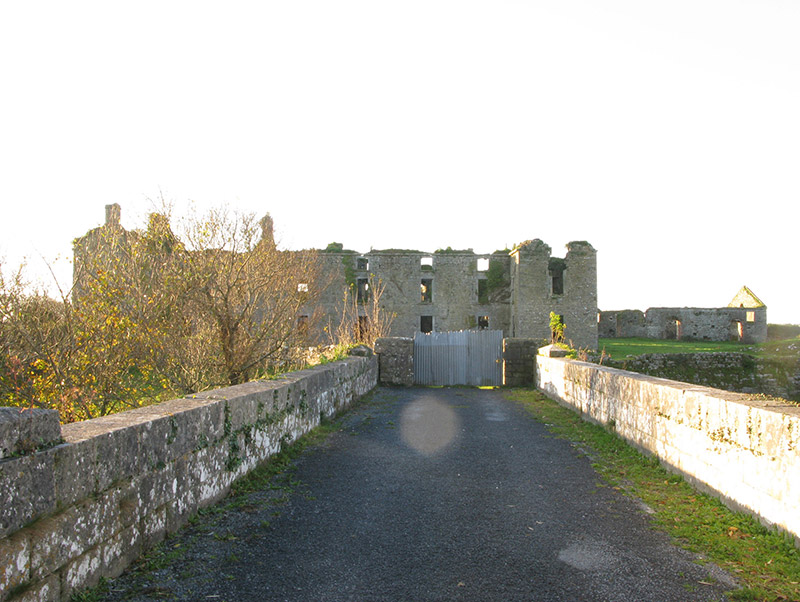 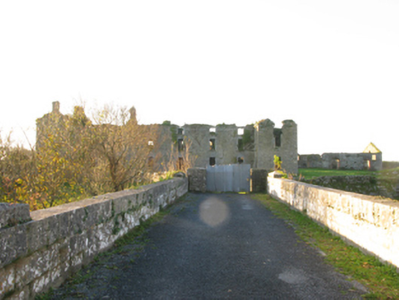 The shell of a barrack reconstructed to a specification (1812) by John Behan (fl. 1801-17), Third Architect to the Barrack Department (appointed 1807; IAA), widely regarded as an important component of the built heritage of Ballinrobe with the architectural value of the composition, one repurposing 'the residence of the Lord of the Manor…restored anew [by James Cuff (1706-66)] in the year of Our Lord 1752' (Irish Builder 1874, 95), confirmed by such attributes as the symmetrical or near-symmetrical footprint centred on restrained doorcases demonstrating good quality workmanship; and the diminishing in scale of the openings on each floor producing a graduated visual impression. Although reduced to ruins during "The Troubles" (1919-23; Irish Times 1922), the elementary form and massing survive intact together with interesting remnants of the original fabric, both to the exterior and to the interior where Classical-style chimneypieces of eighteenth-century provenance highlight the artistic potential of the composition. Furthermore, adjacent outbuildings (extant 1838) continue to contribute positively to the group and setting values of a self-contained ensemble making a picturesque, if increasingly forlorn visual statement overlooking the canalised Robe River. NOTE: A plaque (1752) relating the history of the "castle" was translated (1928) by Reverend Edward A. D'Alton PP (1865-1941) as: "With the blessing of the Great and Good God on the undertaking, this castle was begun, completed and dwelt in by the elective chieftain of the De Burg clan in the county of Mayo, called by the title of MacWilliam. The manor-house, which through various vicissitudes and a succession of owners was falling into ruin, was formerly restored by James Cuff, a soldier. His descendant in the line of succession, James Cuff, High Sheriff, restored, enlarged and beautified the manor-house, which was again in a wretched state of collapse, and was falling down, and also restored the adjoining farm building, and the market house which was on the point of falling into ruin, and the manor lands. Not far from the castle, on the banks of the Robe, the foundations of an old tower were unearthed by workmen".