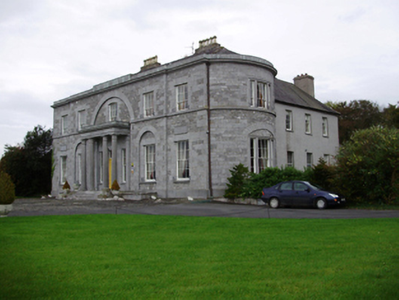 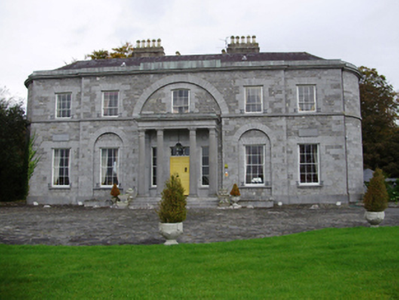 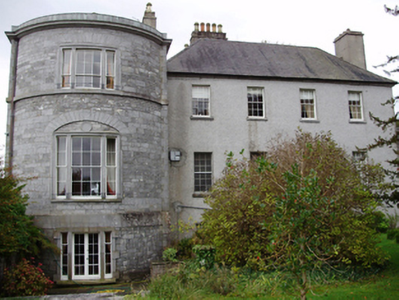 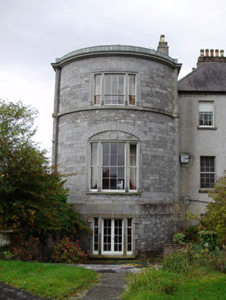 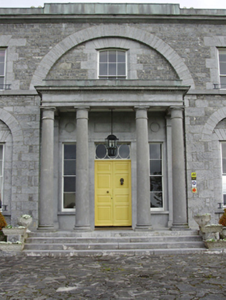 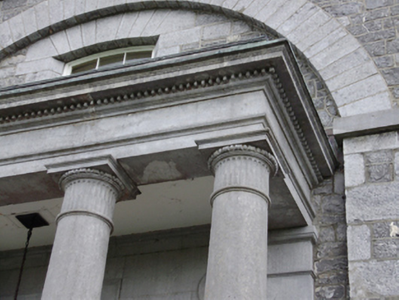 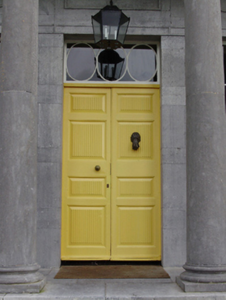 Built by the Burke family, this country house is of considerable significance and retains its form, character and much of its historic fabric. It was built in two phases with the rear block constructed in 1784 when the ancestral castle nearby was abandoned. The later block to the east, designed by Sir Richard Morrison, was added in 1807 by J. H. Burke and now forms the front façade of the house. McParland suggests that it is adapted from the rear elevation of Gandon's Military Infirmary in the Phoenix Park. Formerly the home of the film director John Huston, the interiors were altered to designs by Michael Scott. Saint Clerans with its different phases of construction and alteration, is a fine example of the development of country house architecture.