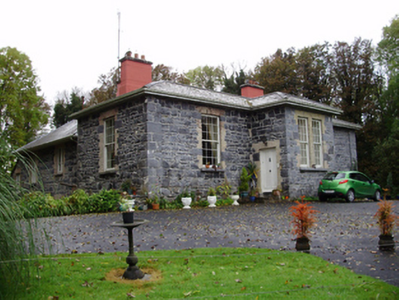 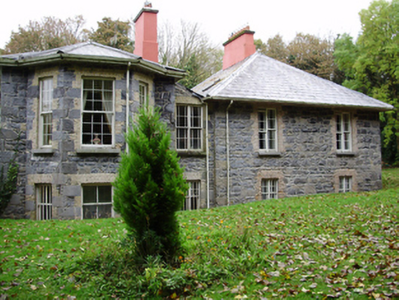 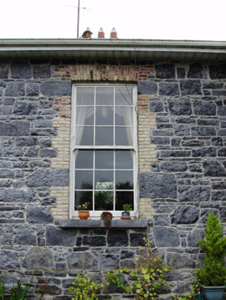 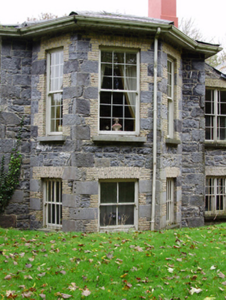 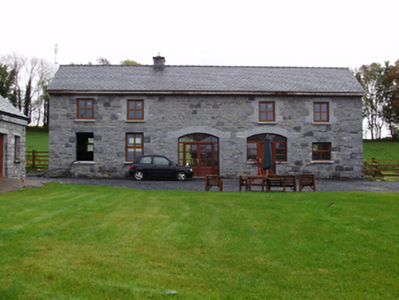 An unusual house where the single-storey symmetrical front hides a larger more complex structure behind. The projecting porch with paired tall windows enlivens the otherwise plain facade. The walls and openings display good-quality craftsmanship and the range of timber sash windows considerably enhanced the building. The house and its grouping of outbuildings form an attractive and interesting group in the landscape.