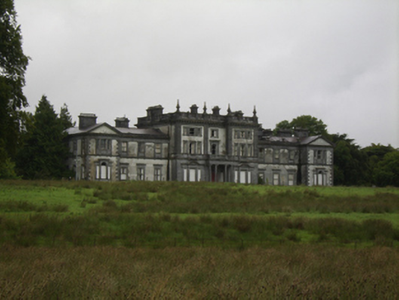 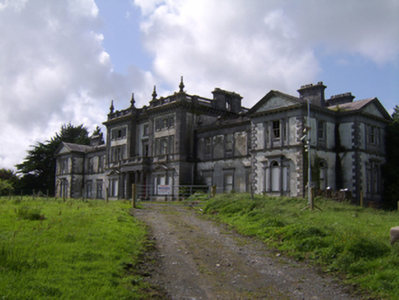 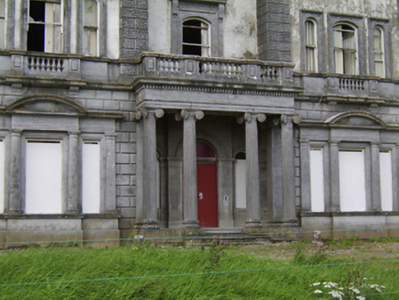 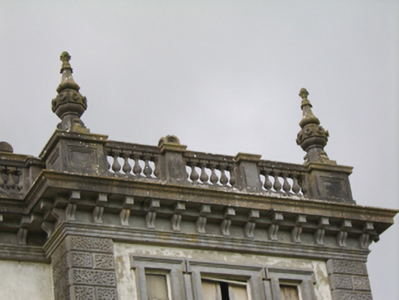 This large house is an elaborate exercise in classical orders, the use of carved and cut limestone extending throughout the front elevation and evidence of both the skill of nineteenth-century stonemasons and the wealth of the Trench family whose seat it was. An unusual composition, the quoins to the central block give a vertical emphasis that is extended by the pinnacles. Although the motifs are classical, the extensive use of dark limestone, the variety of textures and treatments, and the use of pinnacles give it a somewhat Gothic appearance typical of the late nineteenth-century. Extended and remodelled by the 2nd Baron Ashtown in the 1860s to designs drawn up by James F. Kempster, the County Surveyor for the East Riding of County Galway, it shows little evidence of the Georgian house behind the façade.