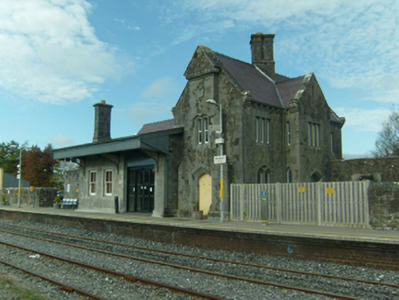 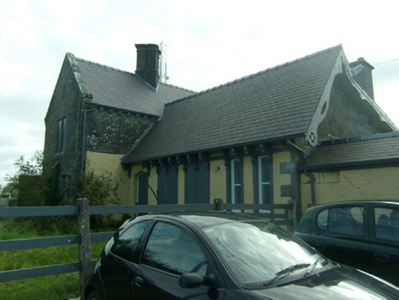 This modest Tudor-style Railway Station was built by the second Baron Ashtown and is part of a group of railway buildings in Woodlawn which includes a goods shed, signal box and railway cottages. It displays a host of good details in its high-quality limestone masonry and is still in use as a station on the Dublin-Galway route.