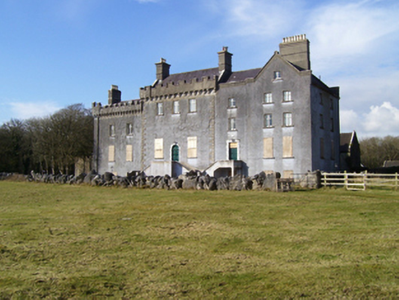 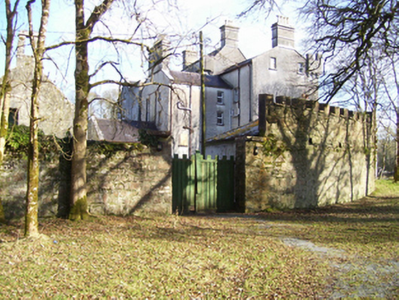 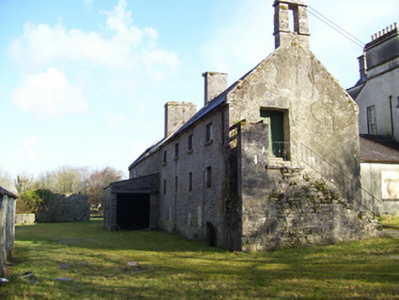 This complex house was built during at least three different periods, though with an overall late nineteenth-century appearance. It is of interest historically as it belonged to the Kirwan family, one of the tribes of Galway, and Richard Kirwan the pioneering chemist. The presence of a seventeenth-century tower house at the centre of the building adds considerable interest, a later phase employing crenellations to emulate the detailing of a fortified structure. Tall chimneysticks, varying roof levels and gables enhance the building and emphasise the phasing.