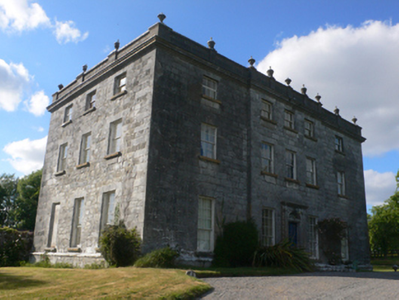 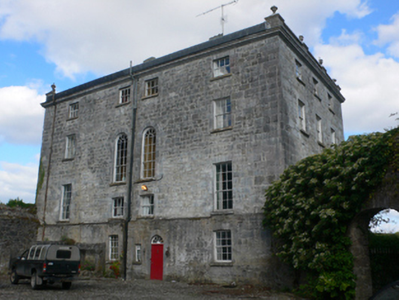 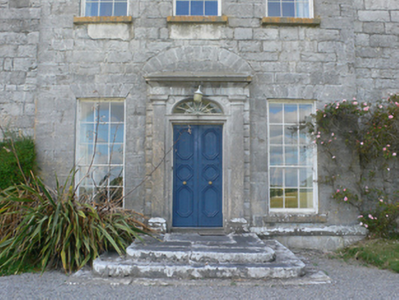 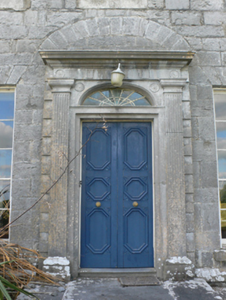 This late eighteenth-century house is the archetypal medium-sized Irish country house, three-storey to the front and four to the rear. Its main elevations have carefully considered fenestration design resulting in a very pleasing composition. The classical detailing of the doorway and the heavy parapet with urns, enhances the building. The variety of timber sash windows adds to its interest, and the setting, with a yard of fine outbuildings to the rear, is typical of this building class. Built for Sir Charles ffrench, a mayor of Galway, the house was the last in a series of houses on the demesne going back to the medieval period.