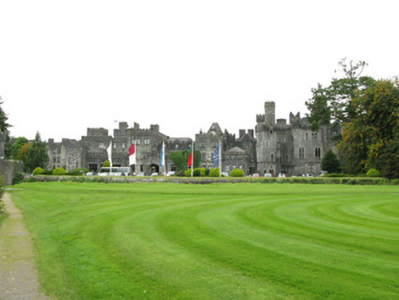 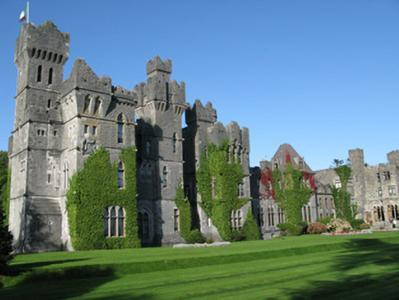 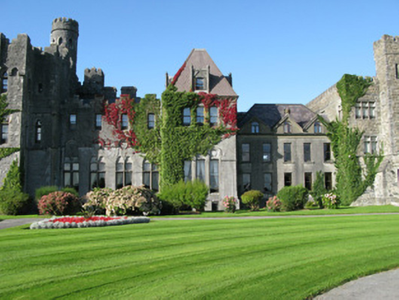 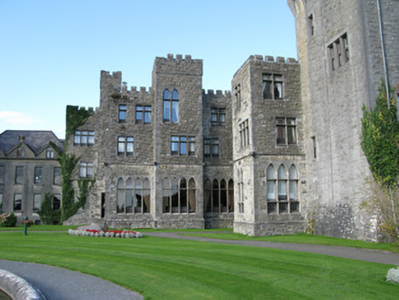 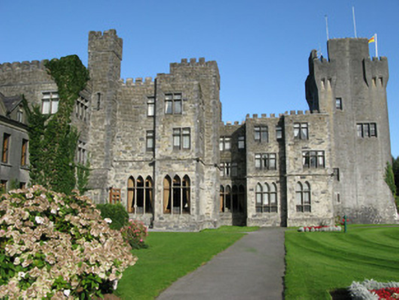 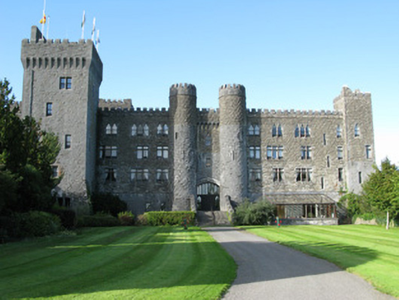 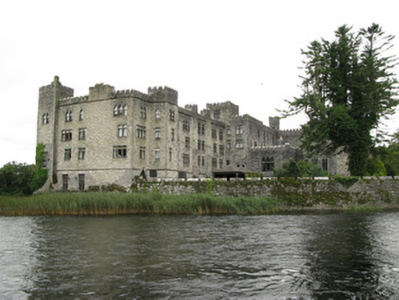 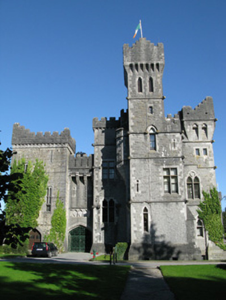 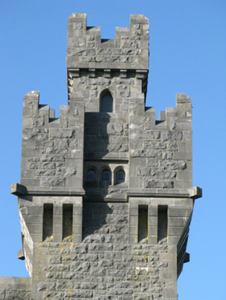 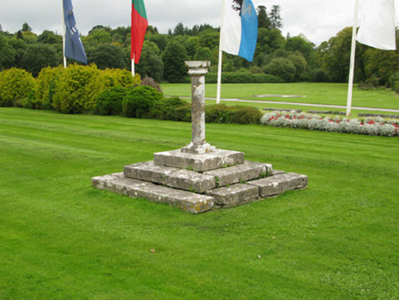 With roots dating back to 1228 and the Anglo-Norman de-Burgo family, Ashford Castle has a history which spans over seven hundred years. Having changed hands in 1589 into the possession of the Bingham family following a serious period of conflict, the castle was extended with the addition of a fortified enclave. Further additions took place over the following years, the most notable being the French chateau-style block of 1715), two Victorian additions of 1852 and the rebuilding of the east wing in 1868 before more modern additions in the 1970s further expanded the structure. Now in use as a hotel, the castle has been host to many guests ranging from royalty to film stars including many members of the cast of 'The Quiet Man'. Architecturally the castle presents a wide variety of features and styles which although apparently disparate in their forms, somehow come together to complement each other and create a structure which is unique in Ireland.