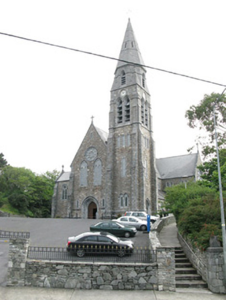 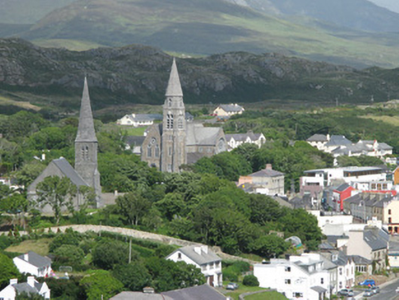 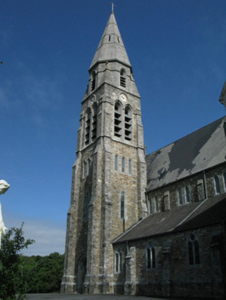 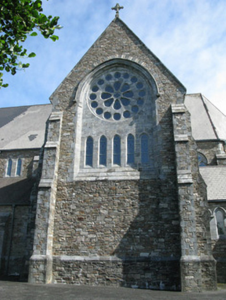 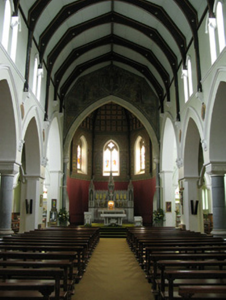 Situated overlooking the town this church, designed by J.J. O'Callaghan, is perhaps the most recognisable landmark on the Clifden skyline. Its grand scale and design qualities mark it out as a structure of outstanding architectural and artistic merit. Its stonework has varied treatments, from rubble work to carved work, good detailing and the use of polychromy to window arches adds further colour. Its interior has a notable sculpted reredos and its chancel hads fine gold-leaf decoration.