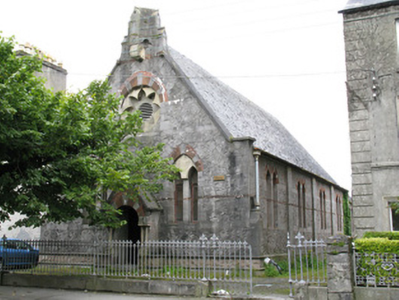 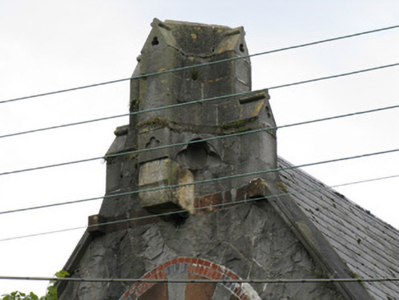 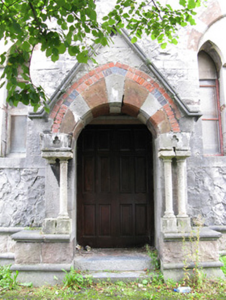 Flanked by terraces of houses, this High-Victorian former Congregational church is a striking landmark in the streetscape. The unusual carved finial, the decorative polychrome surrounds to the window openings, the rose window and the elaborate porch all serve to enliven the structure and display the architectural and decorative breadth of the designers and builders.