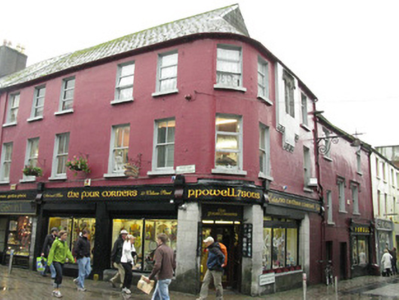 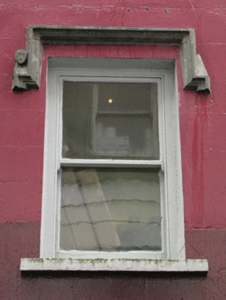 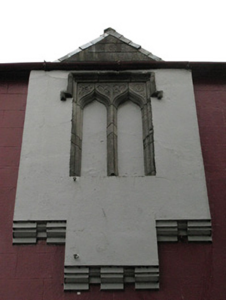 The nineteenth-century appearance of this substantial building is deceptive as the structure is essentially that of a late fifteenth/early sixteenth century house. The fine two-light window and the two further label-mouldings testify to this fact. The later fenestration, like that of Lynch's Castle across the street, served to make the originally informal fenestration more symmetrical. The retention of details such as timber sliding sash windows and the maintenance of the main entrance in the bowed corner adds considerably to the quality of the street scene.