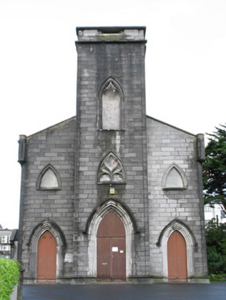 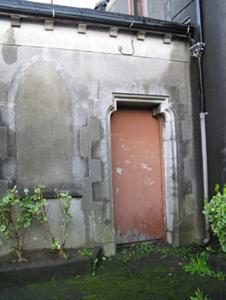 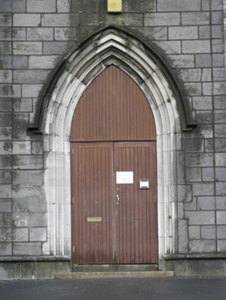 This former church has been modified to provide two floors of accommodation for its present use as a hall, a change of use which continues a social and community function. The ashlar limestone front elevation to this simple structure displays finely detailed Gothic Revival features and gives it an imposing presence. The high quality of carved and cut-stone details in the various elevations and window and door openings adds interest to the building.