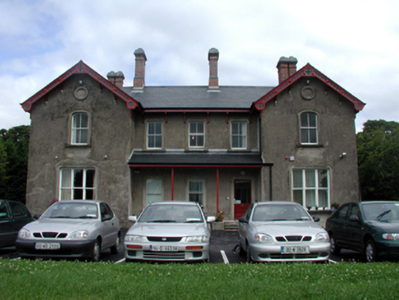 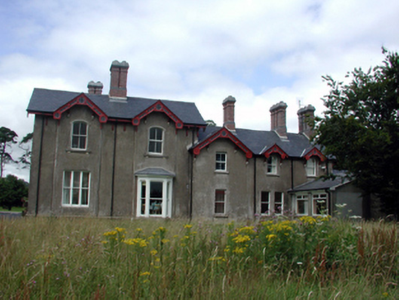 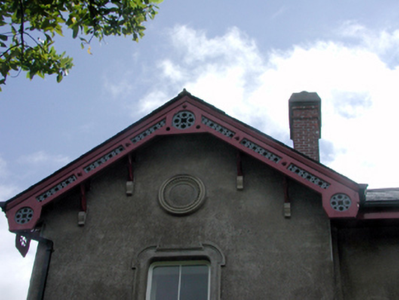 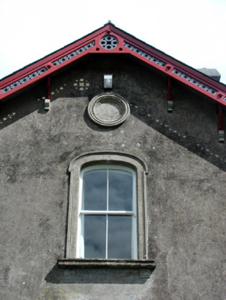 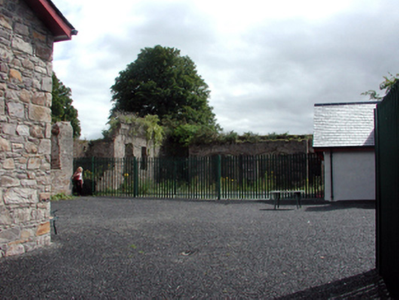 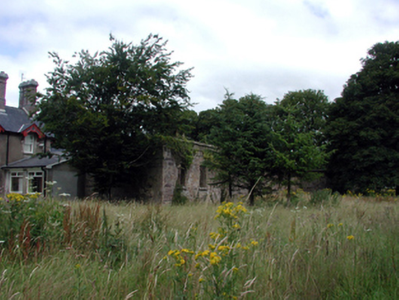 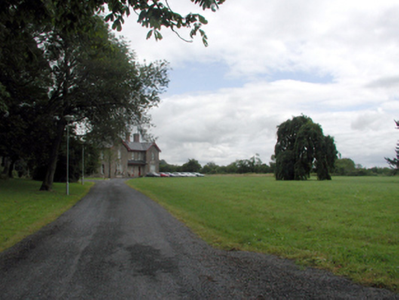 An attractive, well-composed substantial house, built to designs prepared by John Skipton Mulvany (1813 – 1871) for Frederick Malcomson (n. d.). Distinctive features, including the veranda, the combination of profiles to the window openings, and fine detailing, including rendered dressings, and profiled timber joinery, all serve to enhance the architectural design quality of the composition. Despite a subsequent change of use, the house retains most of its original form and massing, together with a range of important salient features and materials. Although now in ruins, an outbuilding contributes to the group quality of the house, although much of the setting has been compromised by the partition and extensive development of the much of the attendant grounds.