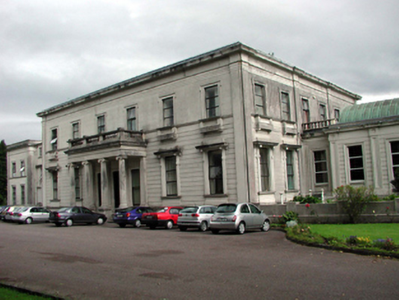 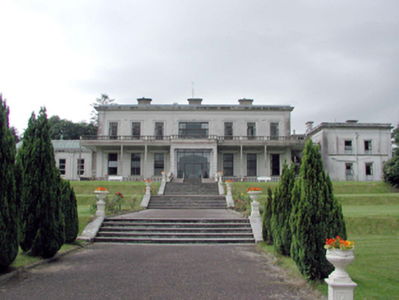 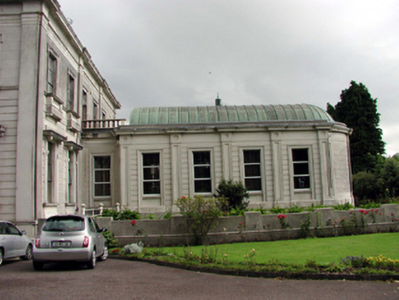 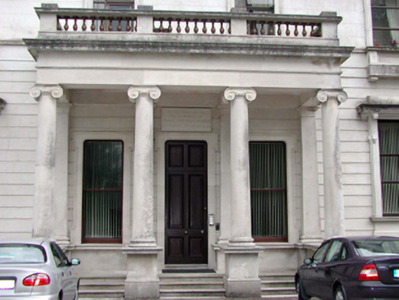 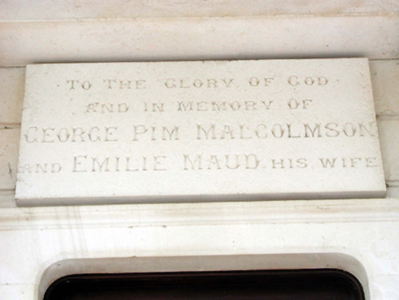 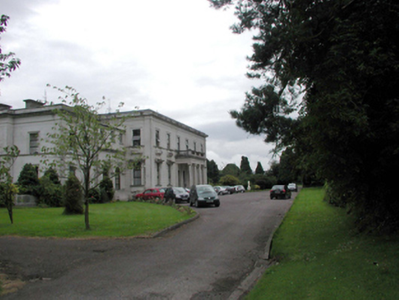 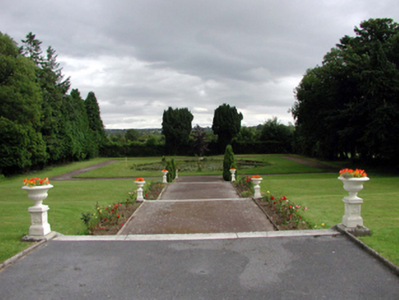 An imposing Classical-style mansion, also known as Portlaw House, built to designs prepared by John Skipton Mulvaney (1813 – 1871) for the industrialist George Pim Malcomson (n. d.). The house shares stylistic attributes that are common to a number of Malcomson properties, including a bow-ended wing that features at Mayfield House (22803035/WD-08-03-35), and Villa Marina, Dock Road, Dunmore East (22817021/WD-27-17-21). Subsequently converted to use as a convent, the composition retains its original form and massing, together with some important original features and materials. The rendered detailing throughout remains substantially intact, and enhances the architectural design distinction of the composition. However, the replacement fittings to the majority of the openings do not enhance the visual appeal of the building. Set in extensive grounds of landscape design interest, the building forms a prominent landmark on the approach road into Portlaw from the north.