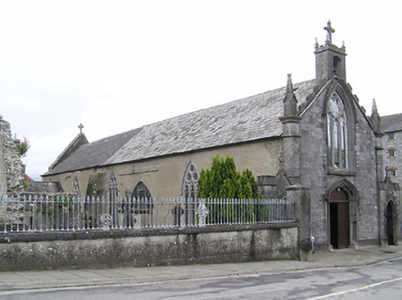 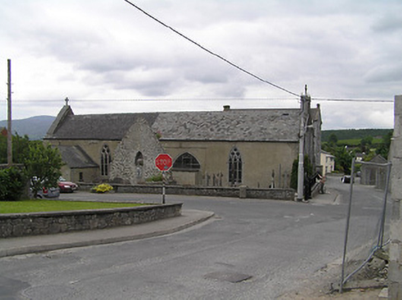 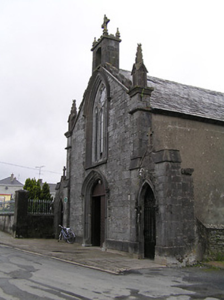 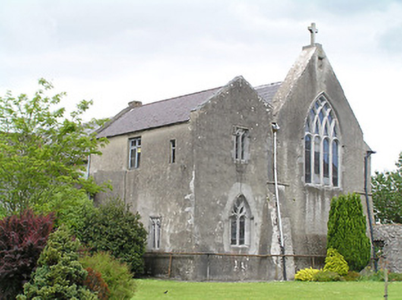 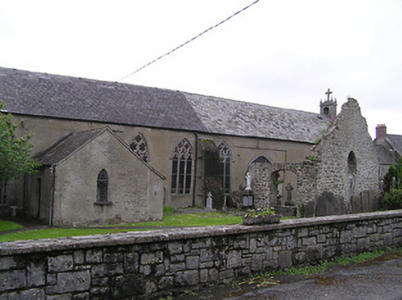 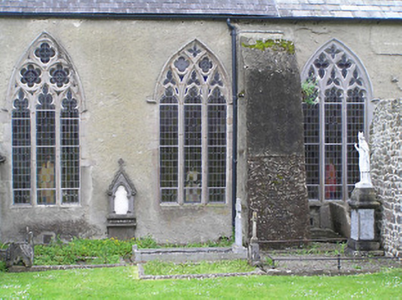 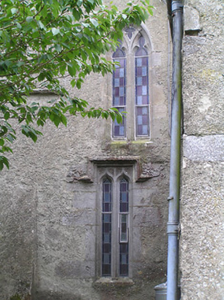 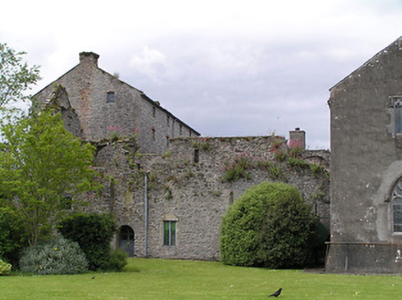 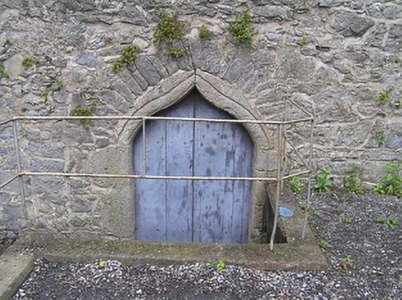 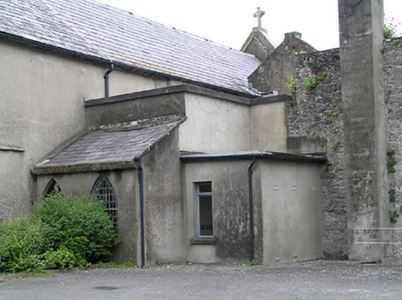 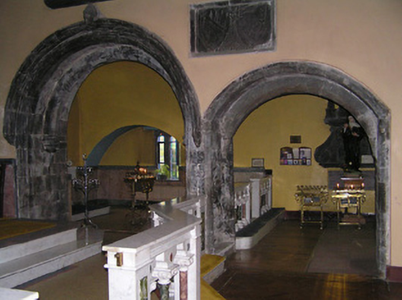 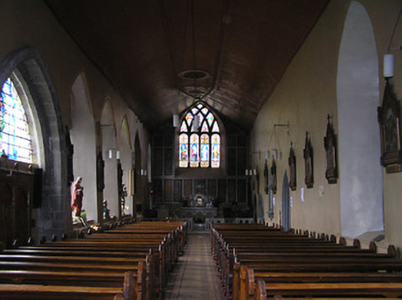 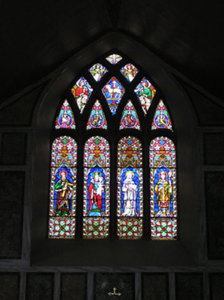 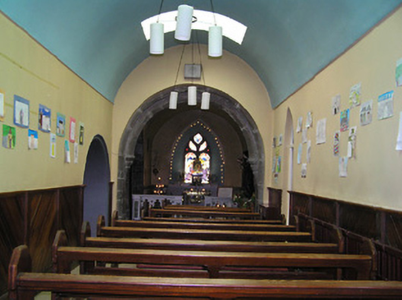 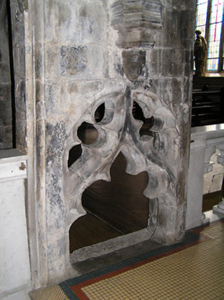 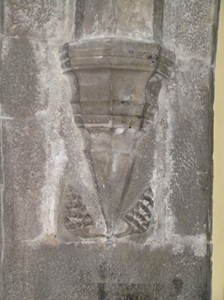 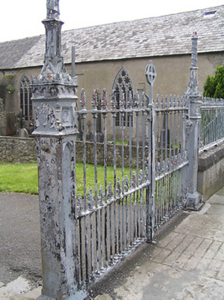 Like the Church of Ireland church, this is a multi-period structure, with medieval and nineteenth century fabric side by side. Founded in 1306, the monastery was dissolved in 1540, and fell into a ruinous condition before being substantially rebuilt as a Catholic church in 1823. The main body of the church dates to the early fourteenth century, with a fifteenth-century chapel to the south of the choir, and a transept of similar date in ruins to the north. The long narrow nave with no aisles is typical of medieval Augustinian church building. The church we see today was at one stage only one of four ranges arranged around a cloister, in a typical monastic arrangement. The east range, originally four storeys high, can be seen and the mill, standing on the site of the refectory, gives some sense of the enclosure which would have been the cloister. The snecked walls and sculpted entrance of the west façade are indicative of the craftsmanship involved in nineteenth-century stone masonry, as it was erected after the demolition of a medieval tower in 1836. The large pointed-arch opening to the north of the nave, now filled with stained glass, was formerly the entrance to the old Lady Chapel, which was excluded from the nineteenth-century rebuilding programme, and has some fine sculpted stone corbels at impost level. The chancel and present Lady Chapel to the south also contain fine sculpted exposed stone. The ruined Chapter House to the south is indicated by the fine moulded doorway half hidden by the street level. Window forms include reticulated, flamboyant and intersecting bar tracery, and paired ogee and trefoil lights, showing the various interventions in this church throughout the years. There is a Harry Clarke/Harry Clarke Studio window to the south wall of the nave.