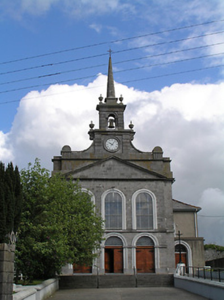 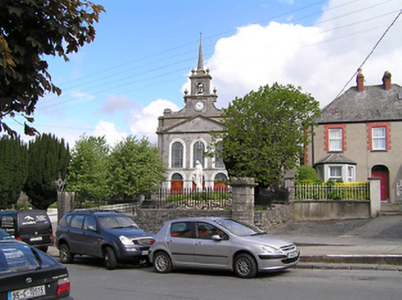 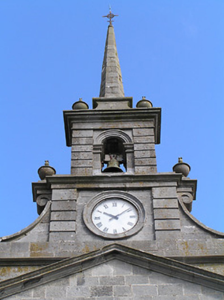 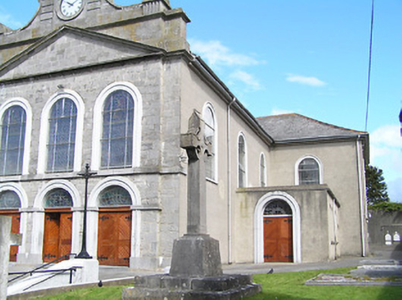 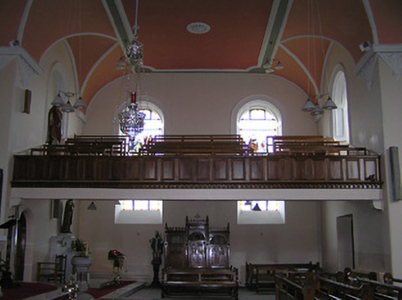 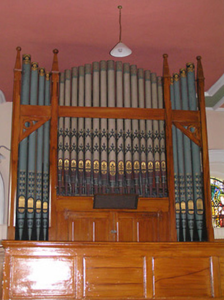 The imposing gable-fronted façade is particularly notable for the finely-carved bellcote, rising steeply from a Dutch gable above a shallow pediment. The interior is enhanced by stuccowork which emphasises and enhances the vaulting of the ceiling, and fine round-headed stained-glass windows high in the entrance elevation. Occupying a prominent position, due to its height and its elevated site, this church provides a highly artistic and architectural contribution to Main Street. It forms an interesting ecclesiastical group with the former presbytery to the west, the current presbytery to the east, and the convent to the north-west.