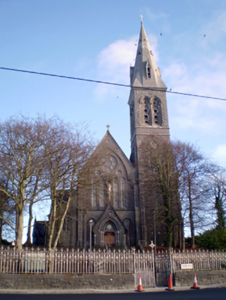 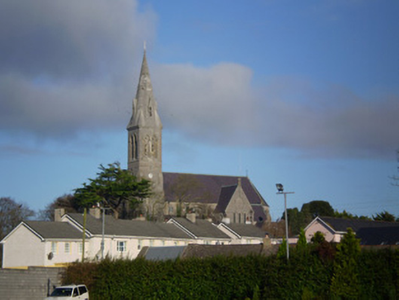 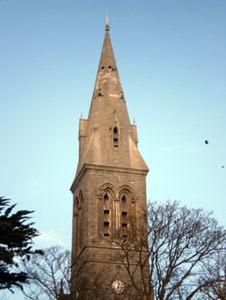 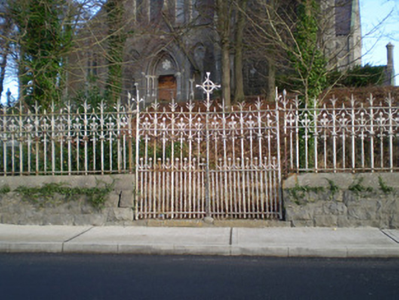 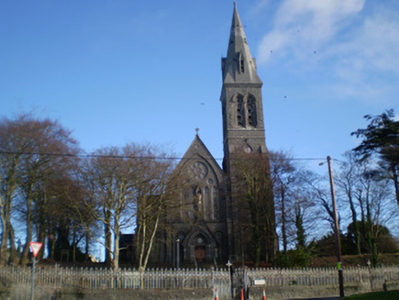 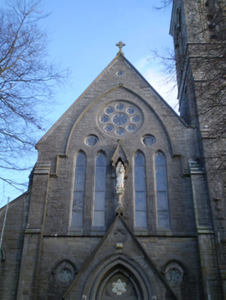 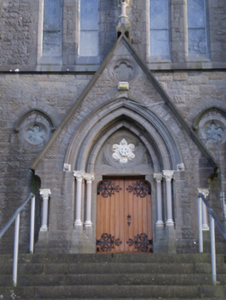 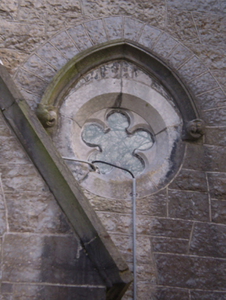 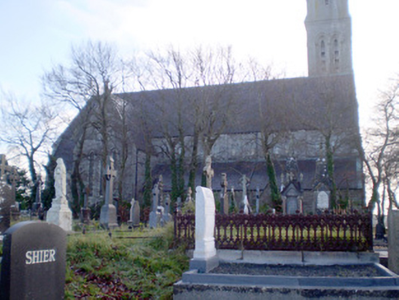 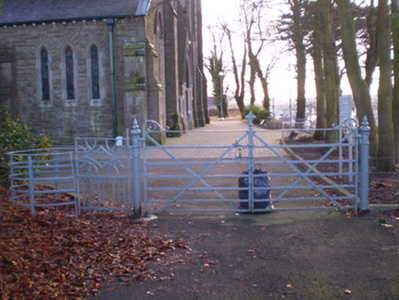 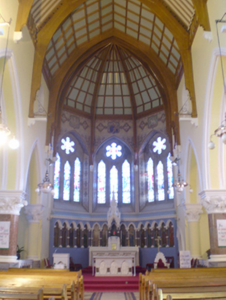 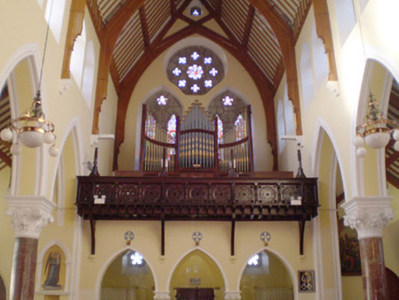 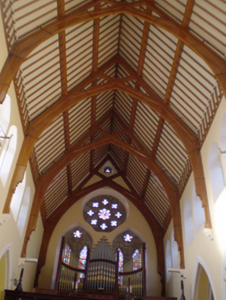 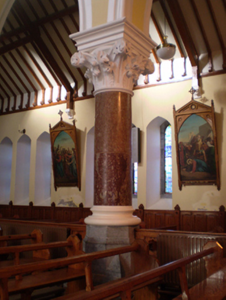 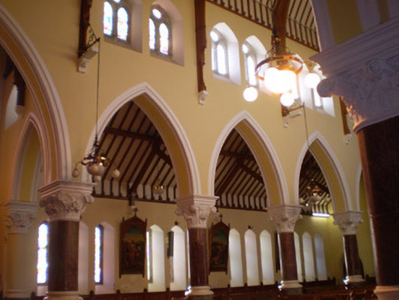 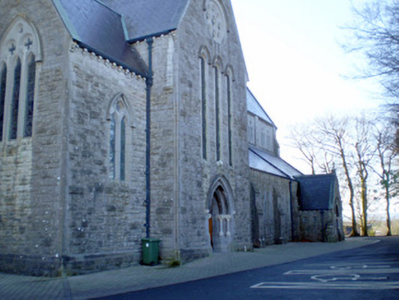 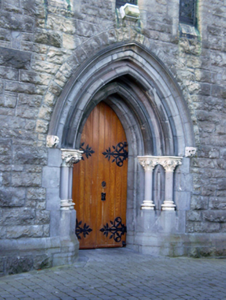 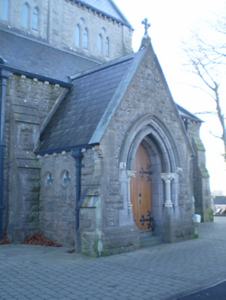 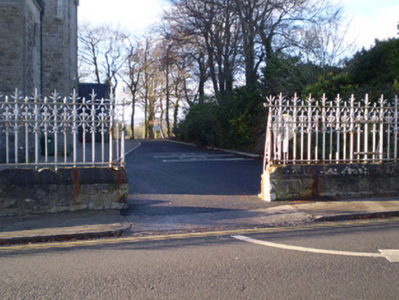 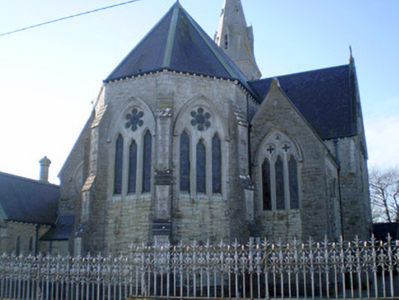 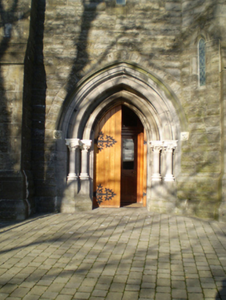 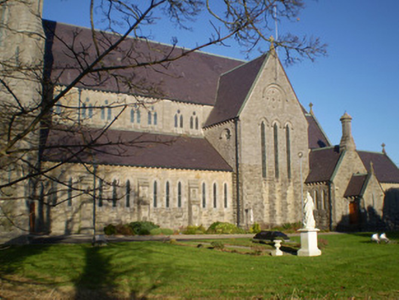 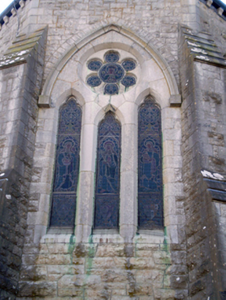 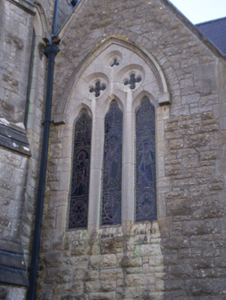 This large Gothic Revival church makes a very imposing and notable feature within the town of Rathkeale. It is situated at a height along the main route into the town from Limerick City, and its site is enhanced by the impressive graveyard to the north and by the gates and railings to east and west. The church retains much of its original form, which is detailed in design and features imposing elements such as the tall tower, the variety of window openings, and the tall transepts and chancel. It was built to the design of J.J. McCarthy, prolific in the south of Ireland, and by skilled stone craftsmen. Retaining important internal elements such as the stained glass windows, reredos, timber gallery and colonnade, it has much to offer of artistic interest as well as of architectural interest. The contractor was Ryan & Son, from Waterford and Limerick. The contractor for the tower and spire was M. Walsh, Foynes, followed by Patrick Scanlon. The cost of tower and spire £2,300.