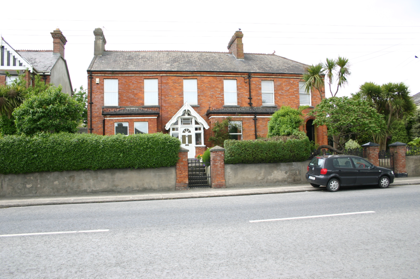 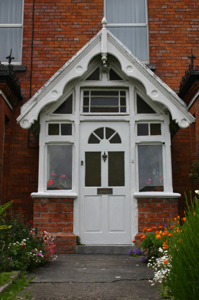 This semi-detached house at first glance appears symmetrical, but is in fact composed of architectural elements, which aim at symmetry, but due to the placement of these elements on the façade, the symmetrical effect is diminished. When viewed with the neighbouring attached house, the overall effect is of three two-bay two-storey houses. Restrained use of materials with elaborate front door porch providing a flourish of excess.