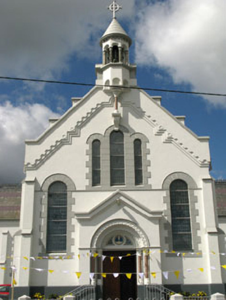 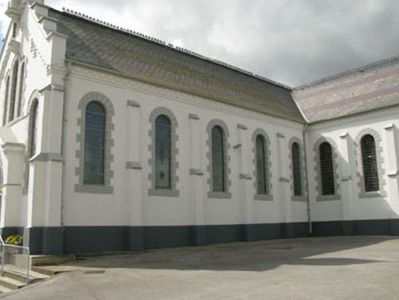 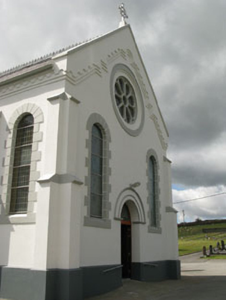 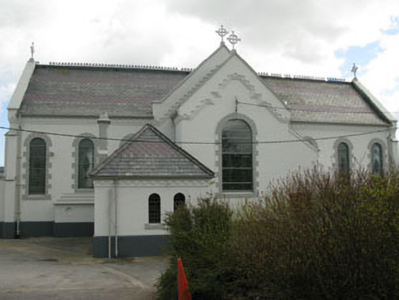 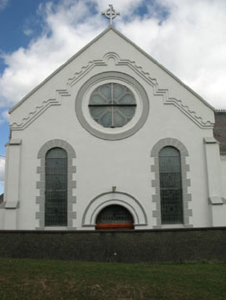 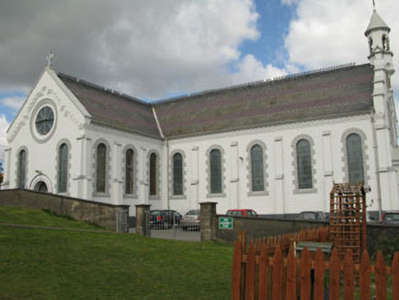 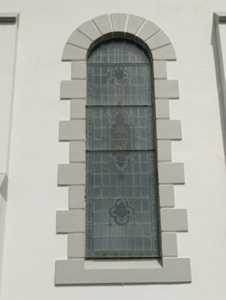 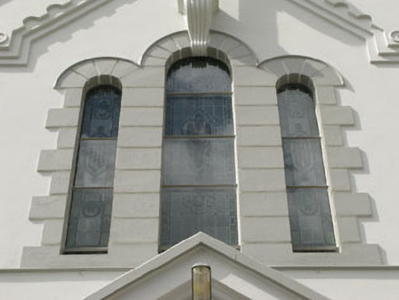 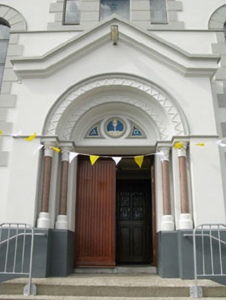 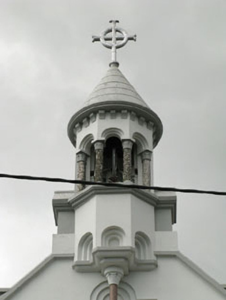 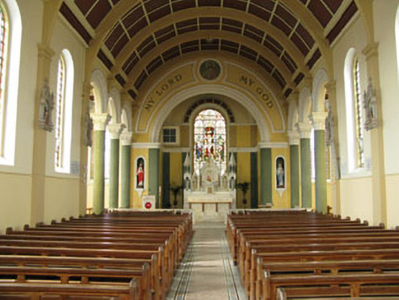 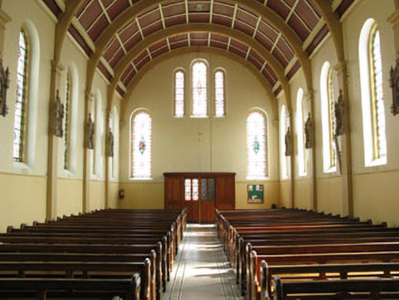 Located close to the other significant twentieth century public building, the primary school, and set on a slightly elevated position within Drinagh village, this handsome church is a notable addition to the streetscape. While its cruciform-plan is typical of the latter part of the nineteenth century, its profusion of external decorative detail identifies it as a later building. It marks a departure from the popular Gothic Revival style, and draws much inspiration from the Romanesque style, with round-headed arches, stout columns and the chevron motif.