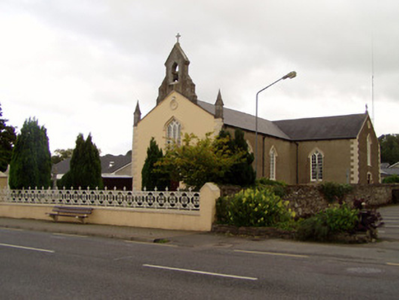 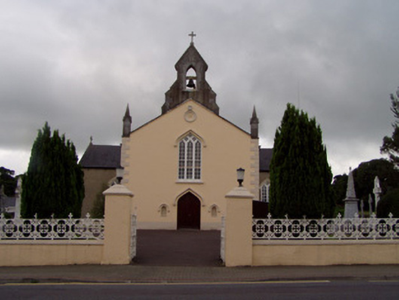 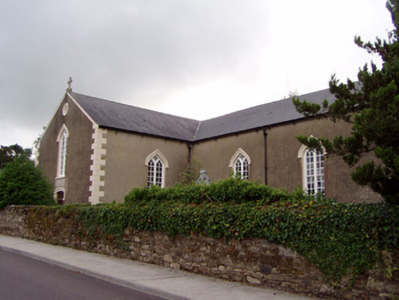 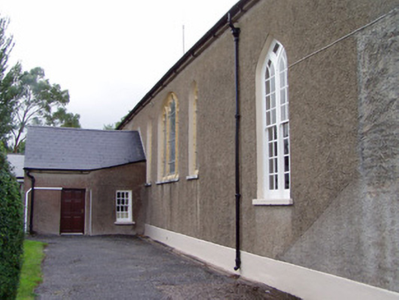 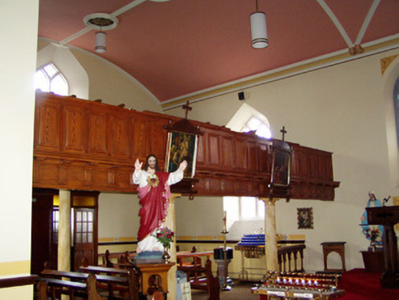 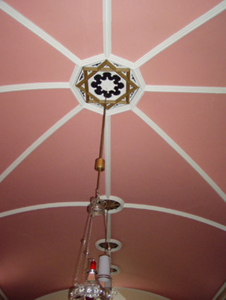 This fine early nineteenth-century church, prominently sited, presents a strong façade to the streetscape. Remodelled in the latter part of the nineteenth century in the Gothic Revival style, the understated, coherent decorative scheme culminates in the finely carved belfry and pinnacles which unify the Gothic theme of the building. The windows are particularly ornate and retain their timber sash windows incorporating Y-tracery details. The interior reflects the Gothic theme especially the ceiling which is decorated with ornate vault-like plasterwork. The timber gallery is accessed by two flights of stairs, which is an unusual and interesting feature. The site retains its boundary walls with ornate railings and piers to front. The church forms part of a group with the parochial house and provides the locality with a spiritual and physical focus.