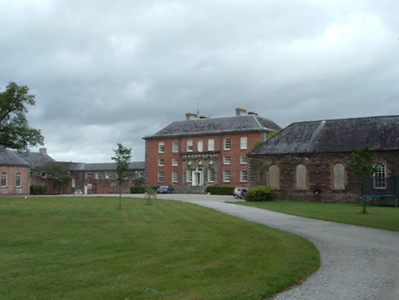 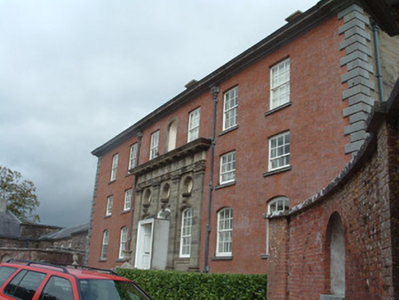 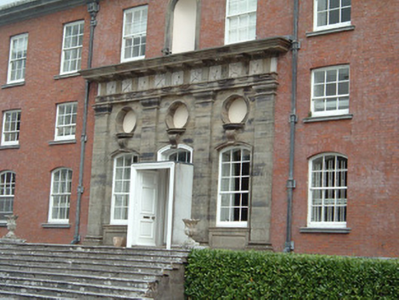 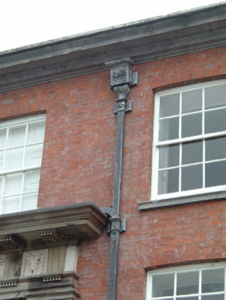 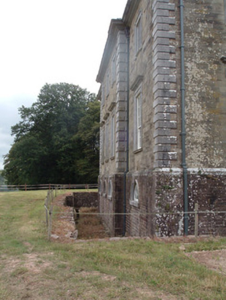 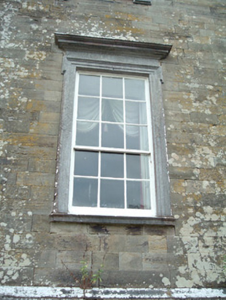 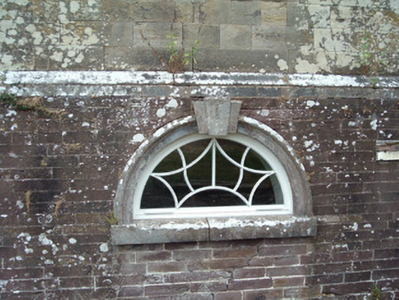 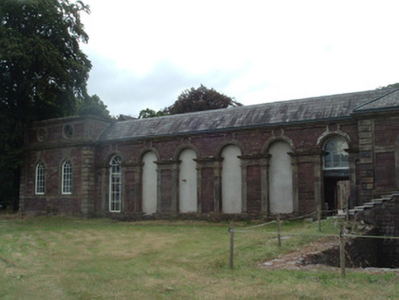 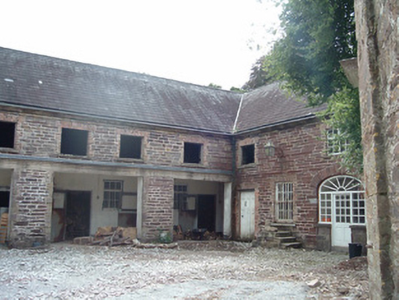 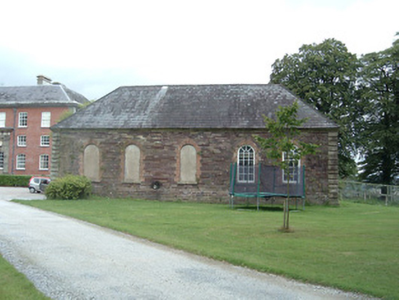 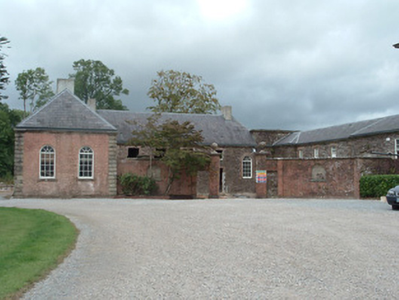 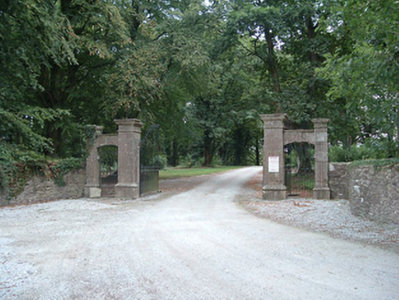 This Georgian country house stands on a hill and creates a focal point in the landscape. The north elevation was designed to create an imposing impression when seen from the north. The house, unusually, has a brick front façade, being ashlar sandstone elsewhere. There are many fine features, such as the formal Palladian-style rear elevation, ornate service wings, the carved limestone frontispiece, decorative and dated rainwater hopper and Georgian sash windows containing original glass. The house was created as a centrepiece for the manicured faux-natural parklands, a style of garden design, which was fashionable in the eighteenth century. The plan is a smaller version of Vanbrugh’s plan for Castle Howard in Yorkshire, and was designed by Davis Duckart in 1765 for Abraham Devonshire, a local banker. The interior retains some of the finest plasterwork in Ireland. The ornate ceilings designed by the Francini Bros are in the Rococo style and make use of the double- height of the rooms in the northern half of the house. The service wings are believed to have been originally domed, like Castletown House in Kilkenny, but it is thought that the copper was sold in the 1800s.