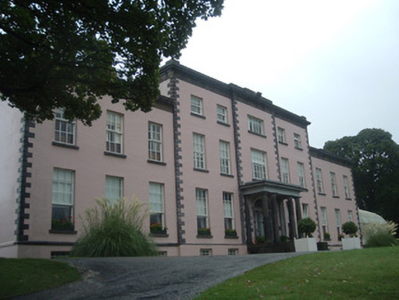 This elegant, classically proportioned house is attractively situated in landscaped surrounds and retains a host of notable features including many and varied timber sash windows, including tripartite windows, a decorative limestone doorcase with a fine fanlight, and numerous outbuildings and estate features. Its exterior form and character is mainly early nineteenth century, but the core of the main block is early eighteenth century. The various added blocks make Longueville House one of the largest in North Cork. The conservatory, added in 1862, considerably enhances the building.