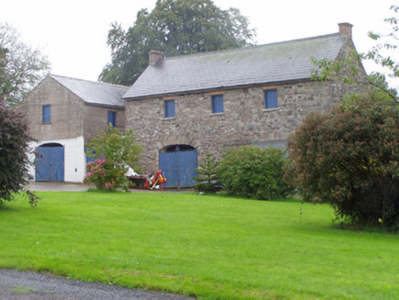 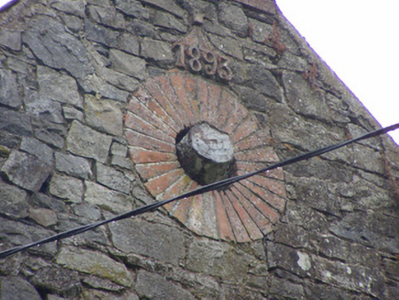 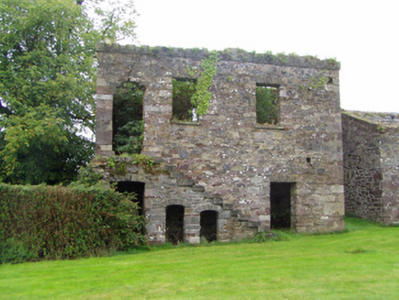 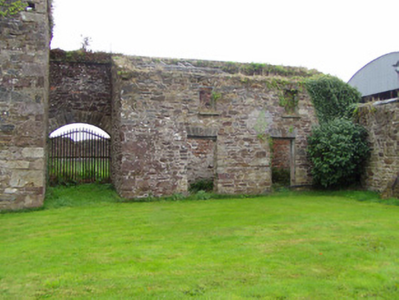 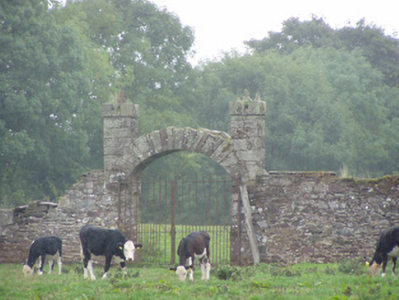 These functional buildings are well designed and high quality materials are used in their construction. The outbuilding to the south-west is notable for its date-stone and Ballyhooly marble threshold. The outbuilding to the south-east was purposely built to house and repair motor cars. The laundry is notable for the openings under the steps. The walled gardens serve as a reminder of the range of demesne-related activities once associated with country houses in Ireland. The solidly constructed walls are enlivened by archways which retain their cast-iron gates. The gardens would have provided a wide variety of produce for Castle Cooke House, which was demolished in the 1920s.