Church of the Nativity of Our Lady, Chapel Hill, TIMOLEAGUE, Timoleague, CORK 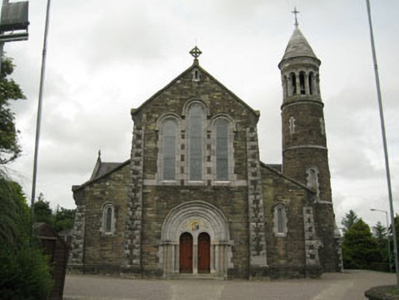 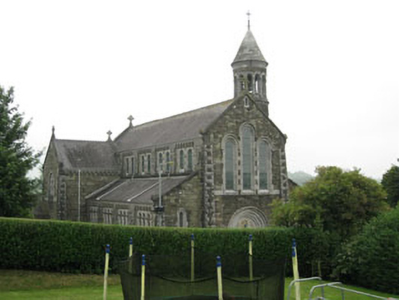 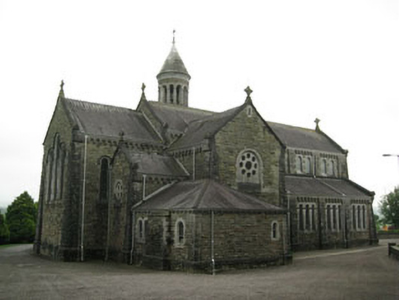 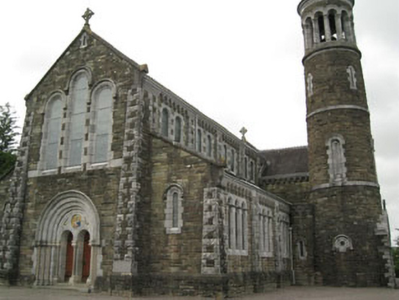 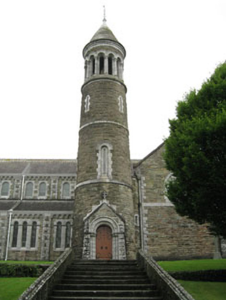 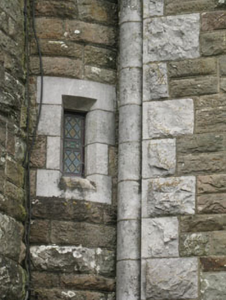 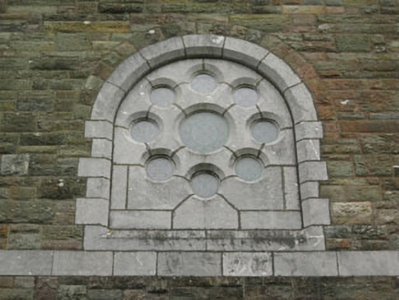 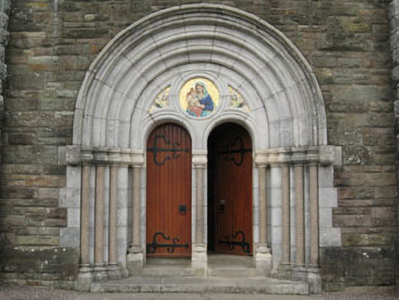 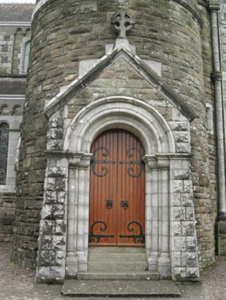 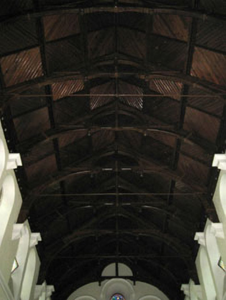 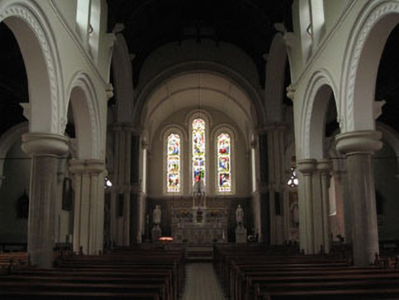 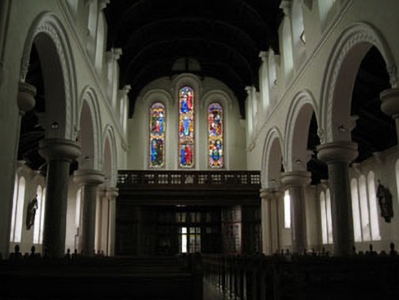 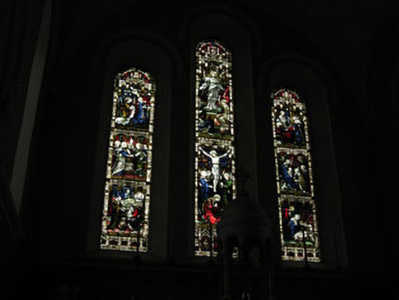 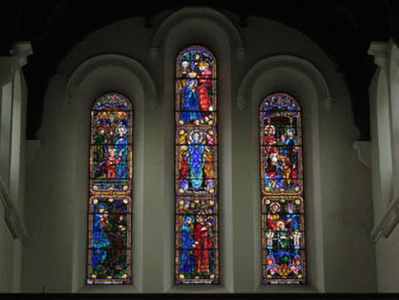 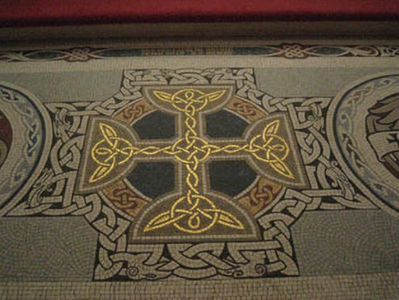 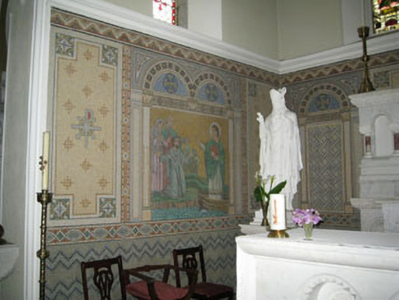 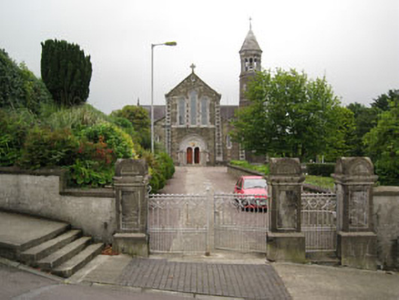 This Hiberno-Romanesque Revival church, designed in 1880 by Cork architect Michael Hennessy, was begun in 1907 with the laying of the first stone by Dr. Kelly, Bishop of Ross. Additional elements to the otherwise cruciform-plan form including a gable-fronted porch, round tower and apsed chapel. The polychromatic effect of the exterior enhances the appearance of the building as does the fine craftsmanship evident in the window and door surrounds. The splendid interior includes artistic highlights including mosaics and stained glass windows. The north-eastern stained glass window is English Gothic in character, while the south-western window is by Harry Clarke Studios, although long after the famous artist's death.