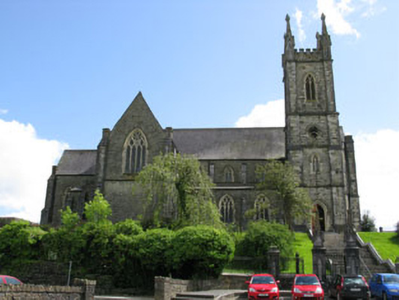 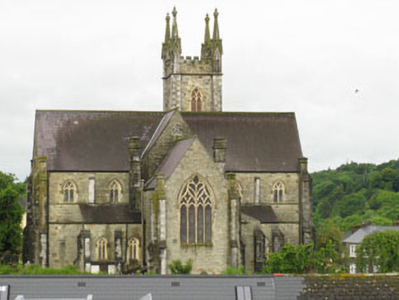 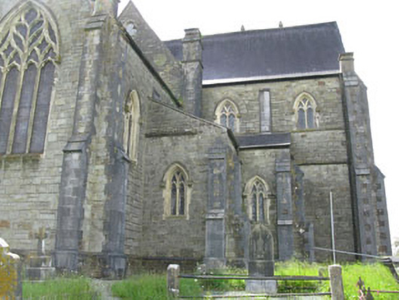 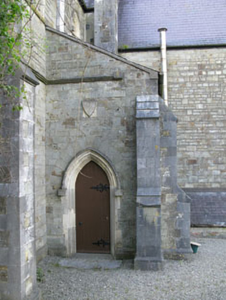 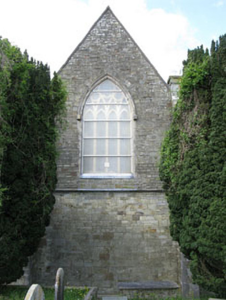 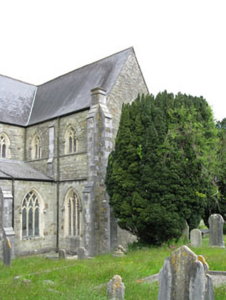 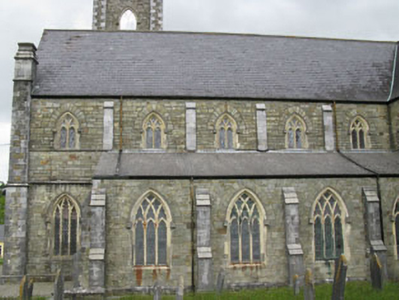 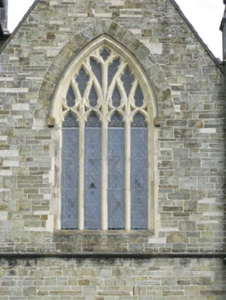 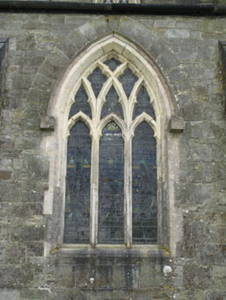 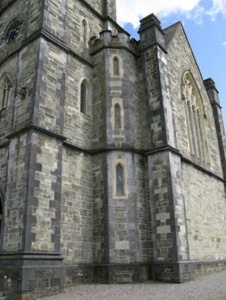 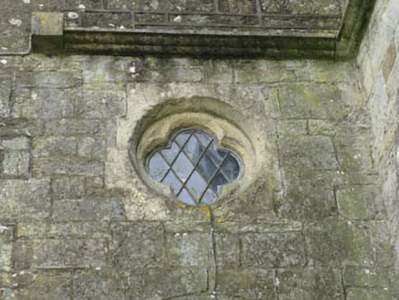 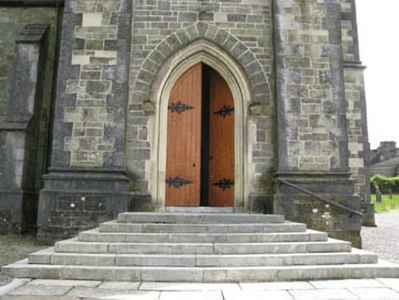 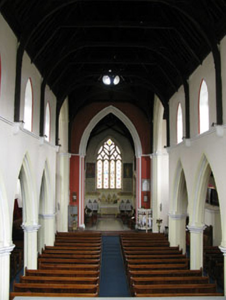 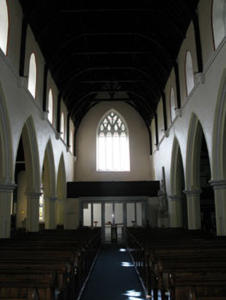 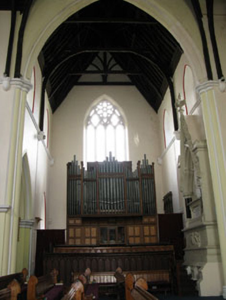 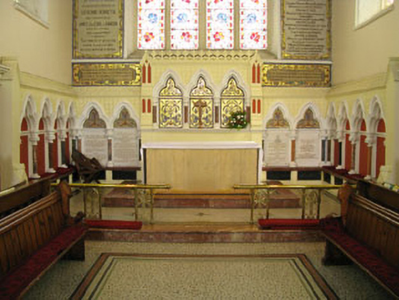 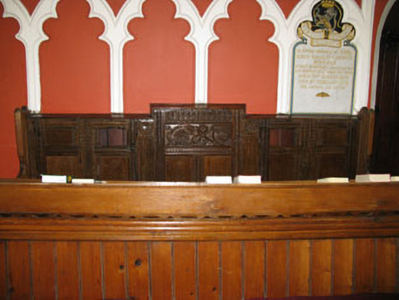 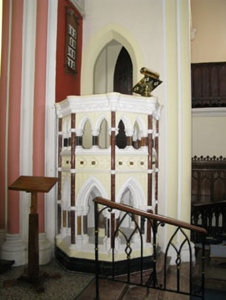 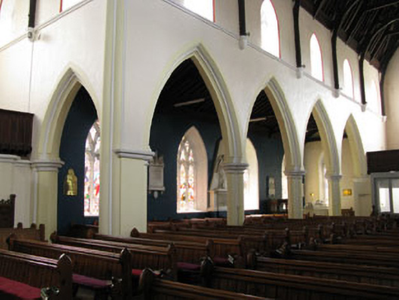 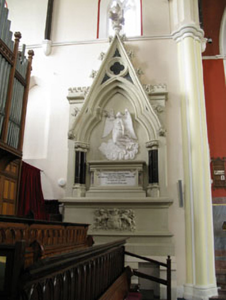 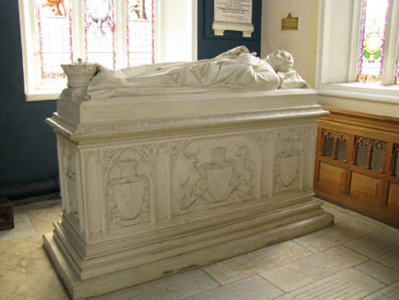 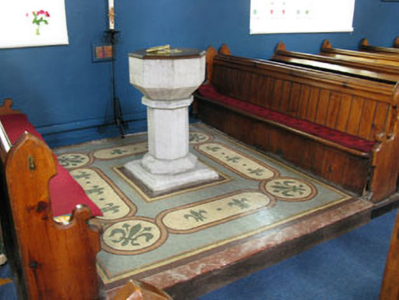 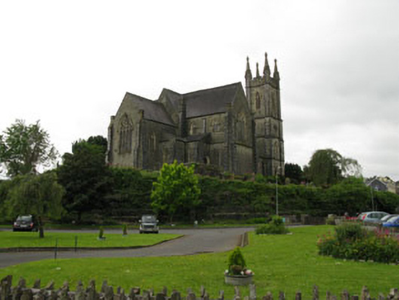 Located in an elevated position, this imposing Gothic Revival church enjoys panoramic views over Bandon. A striking approach through an imposing entrance with tooled granite steps greatly enhances the visual impact of this impressive structure. The church was built on the site of an earlier church, it was designed by Joseph Welland, architect to the Board of First Fruits, constructed by Thomas H. Carroll and funded mainly by the Earl of Bandon. Originally, crenellated parapets added to the Gothic Revival style. Spectacular large windows with expertly carved surrounds and intricate interlacing are further enhanced by finely crafted stained glass windows. The finely decorated interior contains elaborate memorials, such as the carved effigial tomb of James Bernard, the 2nd Earl of Bandon. Finely carved panels forming pews in the chancel originated from a pre-Reformation English church and add archaeological interest. Fabric from the earlier church is also incorporated into the interior with a finely tooled limestone font dated to 1719. The large ornate timber organ originally located in Christ Church was moved to its present location in 1974.