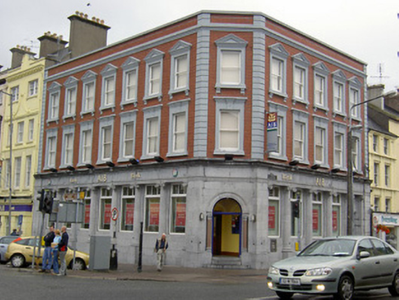 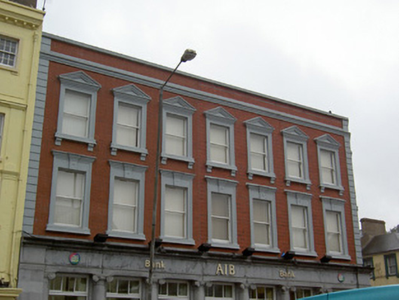 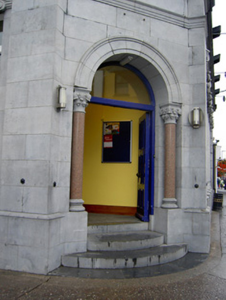 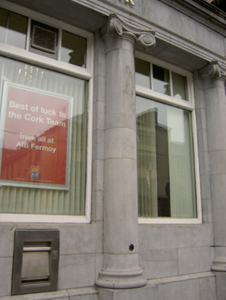 The grand size of this building, together with its prominent site on the corner of Pearse Square and Patrick Street give it an imposing presence on the streetscape. The air of importance also present here is a characteristic feature of the architecture of financial institutions in Ireland. The chamfered corner and the location of the main entrance there afford the building a main focal point and this adds to the symmetry of the overall façade. The building maintains a unified decorative scheme with the regular openings, matching surrounds and render quoins. The shopfront is well executed and the Classical elements employed in its design further enhance the air of importance of the building.