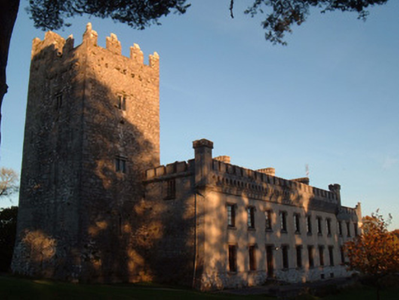 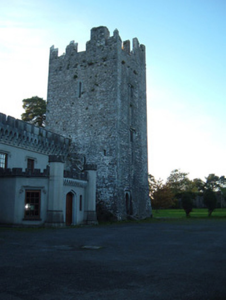 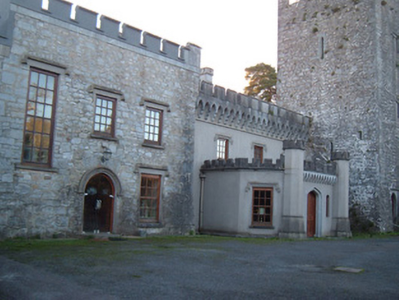 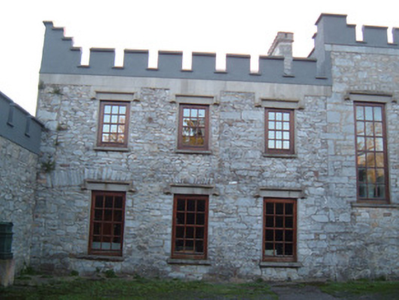 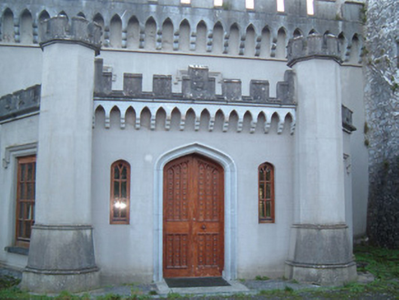 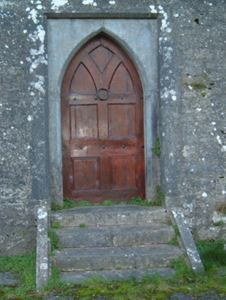 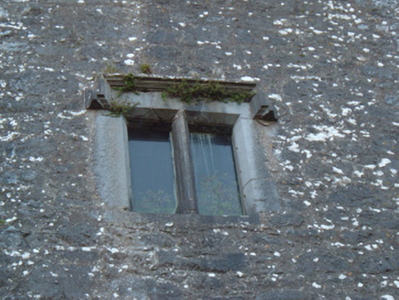 This site represents more than five hundred years of building with fabric dating from the fifteenth to the twentieth centuries. The country house proper replaces a house of c.1700 and indeed parts of the main house appear to incorporate medieval or seventeenth-century fabric. It is situated on an upland area in picturesque grounds along the river Awbeg and has a striking profile. The dramatic and fanciful castellations contrast with the more functional stepped battlements of the Irish tower house. The label-mouldings also carry on the medieval theme in more modern styles of fenestration. The building's irregular-plan affords many interesting vantage points.