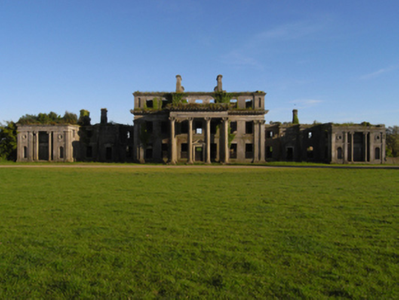 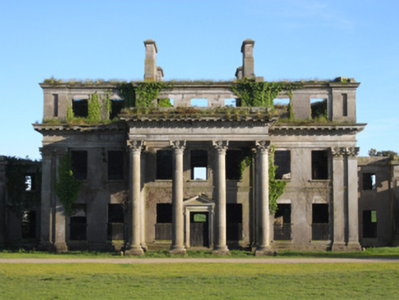 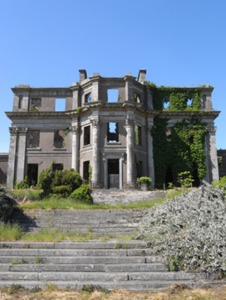 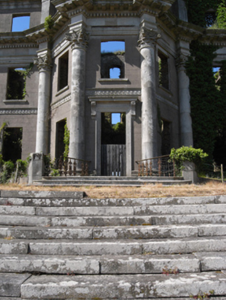 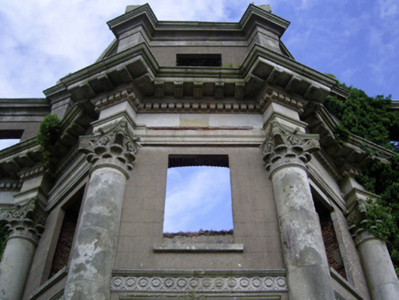 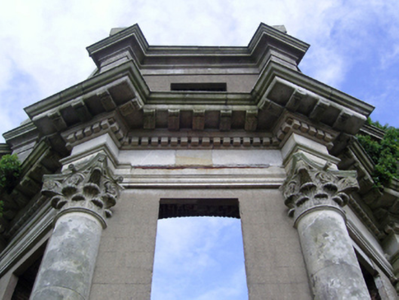 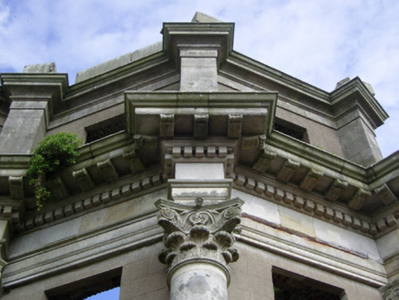 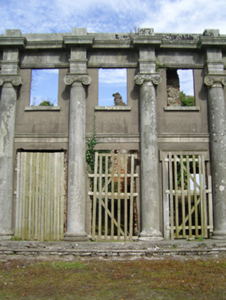 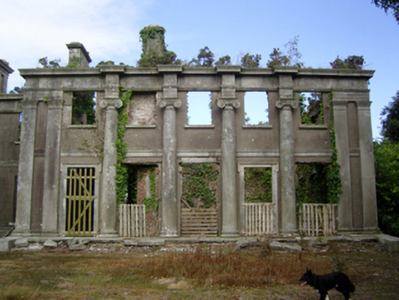 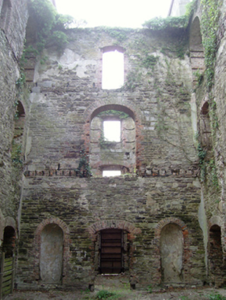 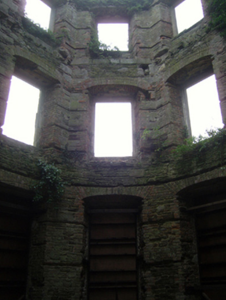 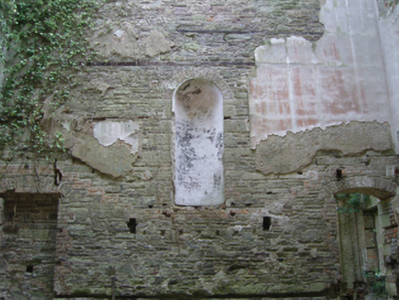 The shell of a country house erected to a design by Daniel Robertson (d. 1849; Fraser 1844, 184-6) representing an important component of the domestic built heritage of County Wexford with the architectural value of the composition, 'a Venetian palace…built on the site of [a] former house [1783] destroyed by fire some years previously' (Lacy 1852, 241), confirmed by such attributes as the deliberate alignment maximising on panoramic vistas overlooking '[a] demesne of great extent and very richly planted [with] fine views of the neighbouring mountains of Blackstairs and Mount Leinster' (ibid., 244); the neo-Palladian plan form centred on an impressive "porte cochère" demonstrating good quality workmanship in a silver-grey granite with the corresponding Garden Front centring on a polygonal bow recalling the Robertson-designed Johnstown Castle (1836-72; see 15704226); and the diminishing in scale of the openings on each floor producing a graduated visual impression: meanwhile, aspects of the composition, in particular the "blind" pavilions, illicit comparisons with the James Gandon (1742-1823)-designed Custom House (1781-91), Dublin. Although reduced to ruins during "The Troubles" (1919-23), 'all that [remained] of the palatial mansion [being] smoke begrimed roofless walls and a heap of debris' (The People 10th February 1923, 5), the elementary form and massing survive intact together with fragments of the original fabric, both to the exterior and to the interior including, remarkably, some decorative plasterwork enrichments highlighting the now-modest artistic potential of the composition. Furthermore, the remnants of an Italianate garden once second only to the Robertson-designed gardens (1840-4) at Powerscourt House, County Wicklow; a coach house-cum-stable outbuilding (see 15702504); a walled garden (see 15702505); a walled garden in the shadow of the seventeenth-century Castle Boro [SMR WX025-009----]; and ruined gate lodges (see 15702506; 15702508), all continue to contribute positively to the group and setting values of an estate having historic connections with the Carew family including Robert Shapland Carew MP (1787-1856), first Baron Carew and one-time Lord Lieutenant of County Wexford (fl. 1831-56); Robert Shapland Carew MP (1818-81), second Baron Carew and one-time Lord Lieutenant of County Wexford (fl. 1856-81); and Robert Shapland George Julian Carew (1860-1923), third Baron Carew.