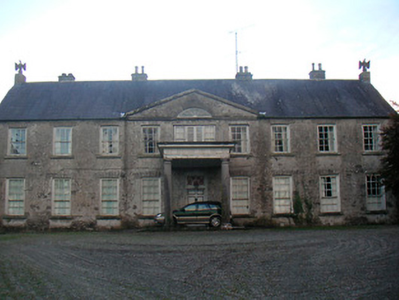 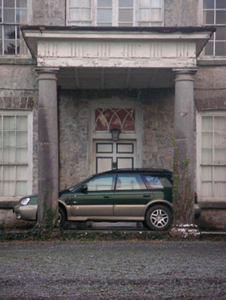 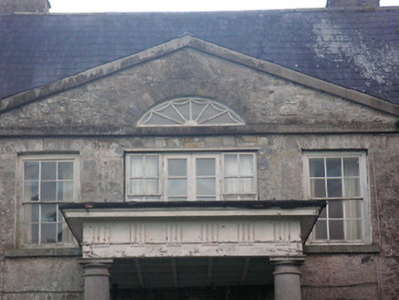 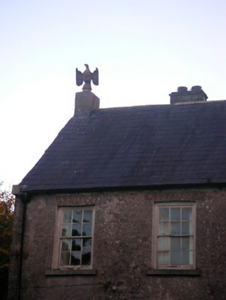 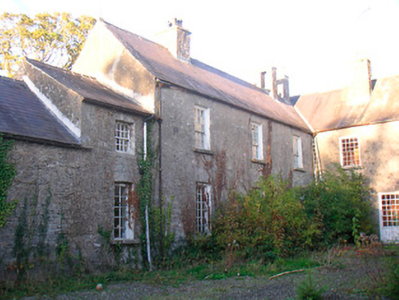 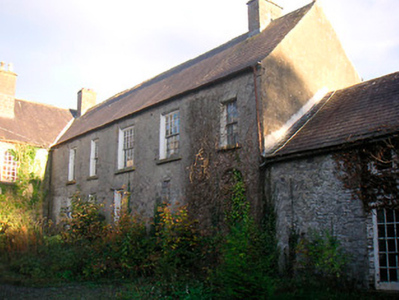 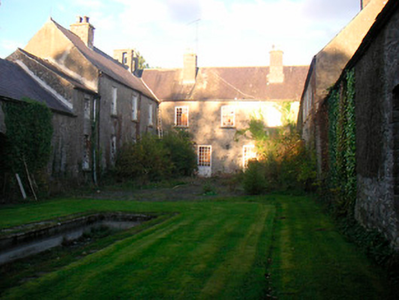 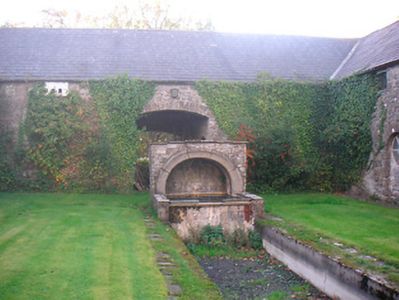 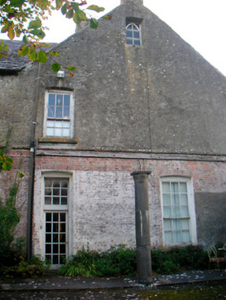 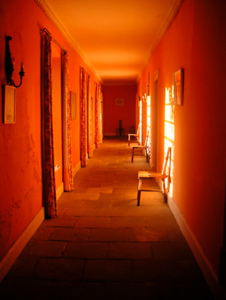 An attractive and important large-scale country house, which retains its early form and character. It also retains a great deal of its early fabric, both to the interior and exterior, including a fine cantilevered staircase, marble fireplaces, decorative plasterwork and early sash windows with exposed sash boxes having crown glass. The regular front façade is enhanced by the classically proportioned fenestration, the eaves pediment and by the rather unusual and strangely robust Doric entrance porch. This fine structure has evidence of at least two distinct building phases (c.1750 and c.1810), whilst the architectural form, the mass and the detailing to the rear of this building (west) and to the two returns to the north and south, hints at the presence of pre-1700AD fabric. This building was reputedly (re)built for Sir Richard Levinge (1728-86), a noted and colourful eccentric, to celebrate his marriage in 1748. In 1827 it was still the seat of a branch of the Levinge Family, in the ownership of an R. H. Levinge, Esq. It was later the residence of Maurice Dease, who was awarded the first Victoria Cross of World War One. James Joyce wrote extensively about his visits to the house in the early twentieth-century, at a time he was residing at nearby Mullingar. It was later, apparently, in the ownership of Julie Andrews, the British actress and is currently the residence of the celebrated author J. P. Dunleavy. Levington Park forms the centrepiece of an interesting collection of demesne-related structures, along with the outbuildings (15401911), the estate wall and the main gates (15401912) to the east, and represents an important element of the architectural heritage of Westmeath. .