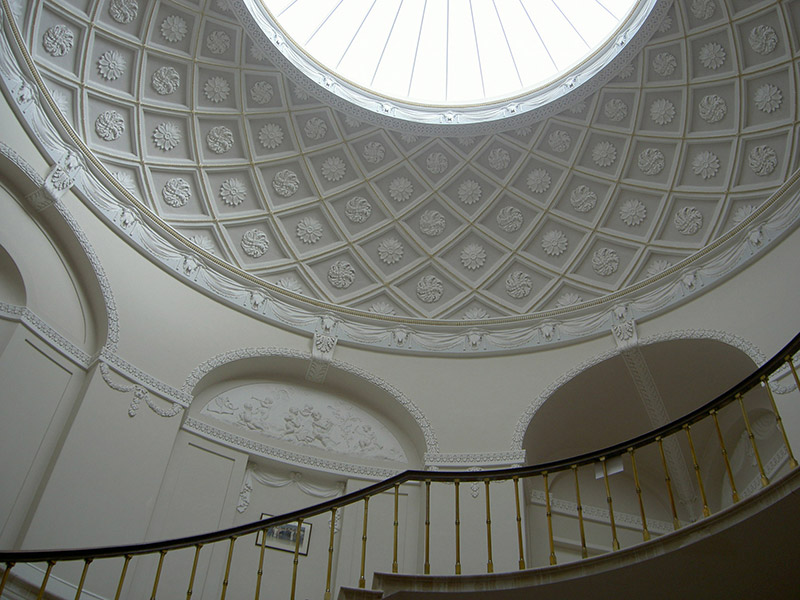 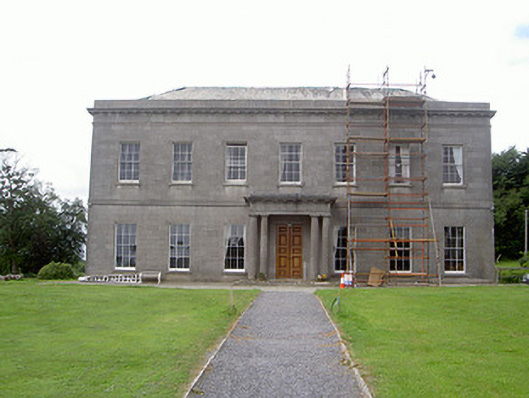 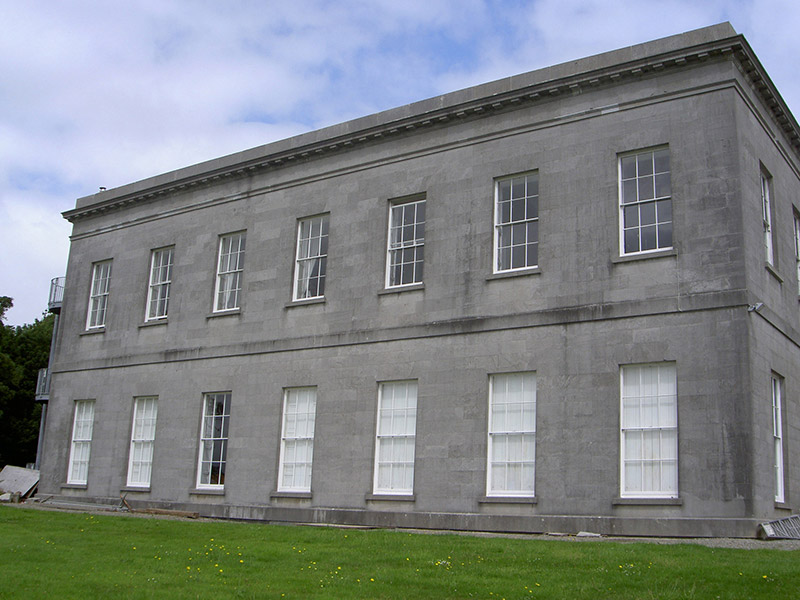 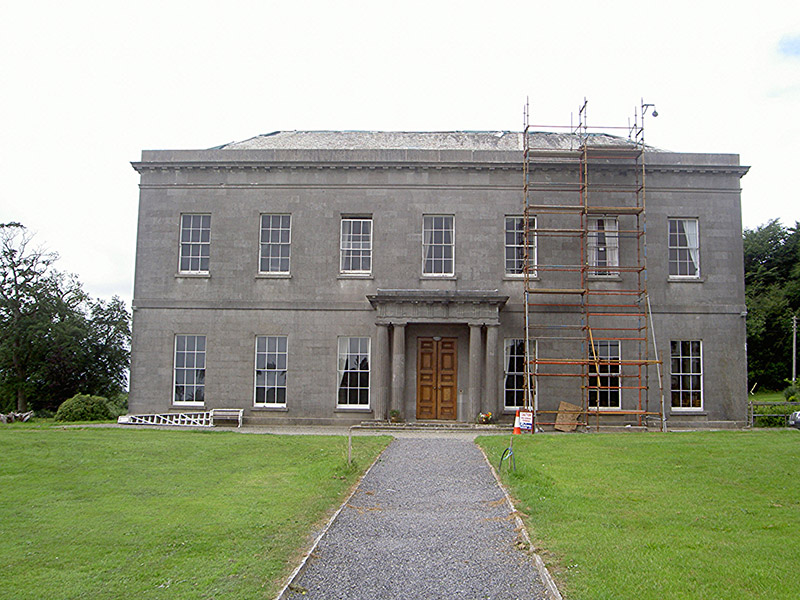 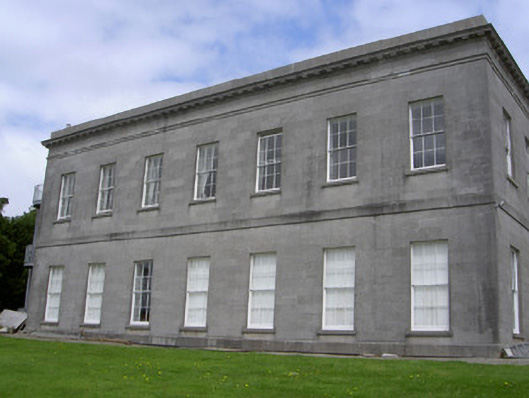 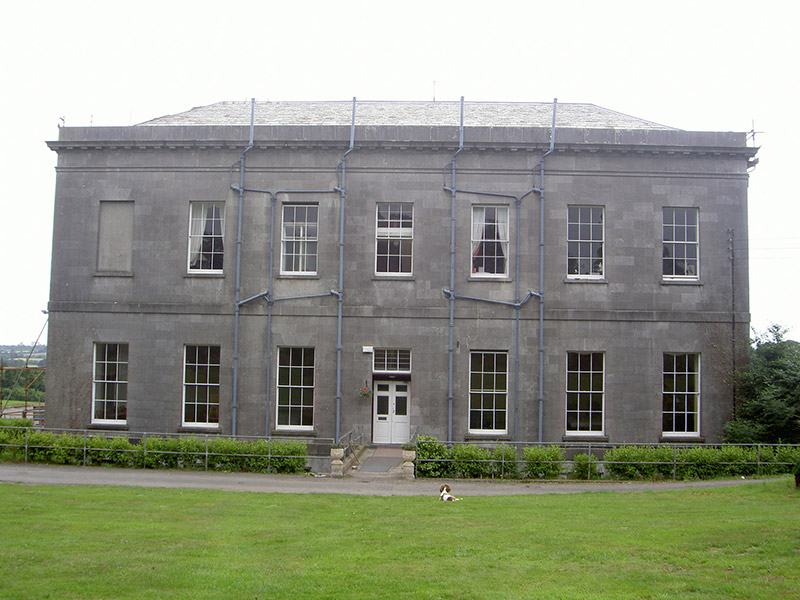 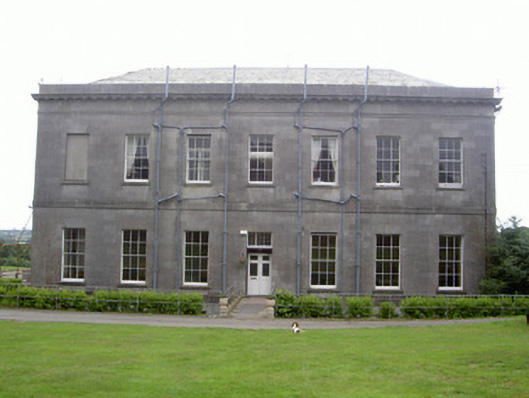 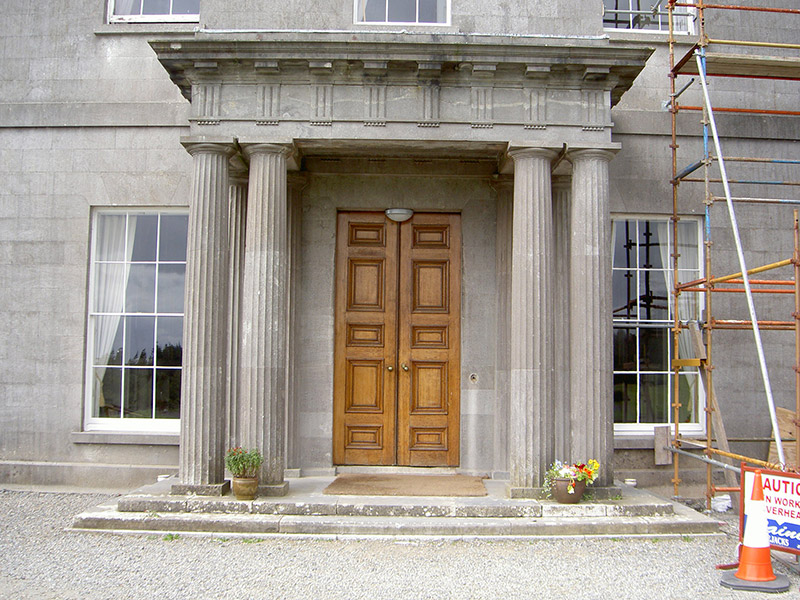 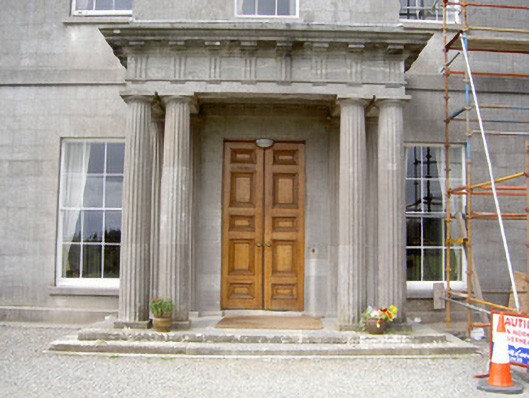 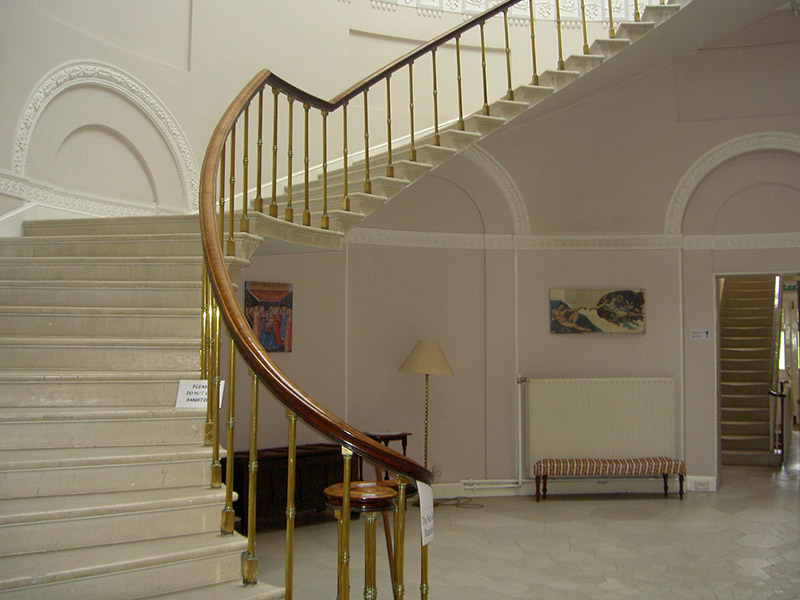 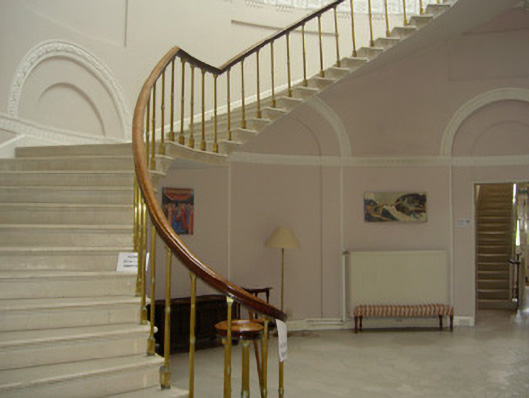 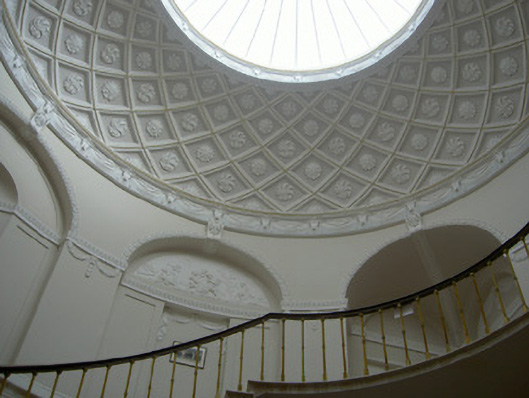 Designed by Francis Johnston, this monumental Greek Revival house is widely regarded as his masterpiece. Said to have been influenced by the then owner's, Blayney Townley Balfour, visits to Europe, it displays high-quality stone masonry, particularly to its portico whose Greek Doric entablature is reflected in the denticulated cornice of the house. Situated on an elevated site it is surrounded by sloping lawns and a complex of outhouses to the north-west. The distinguishing feature of Townley Hall is the airy rotunda with its particularly pleasing cantilevered staircase, but more subtle features such as the mahogany doors are also expertly crafted.