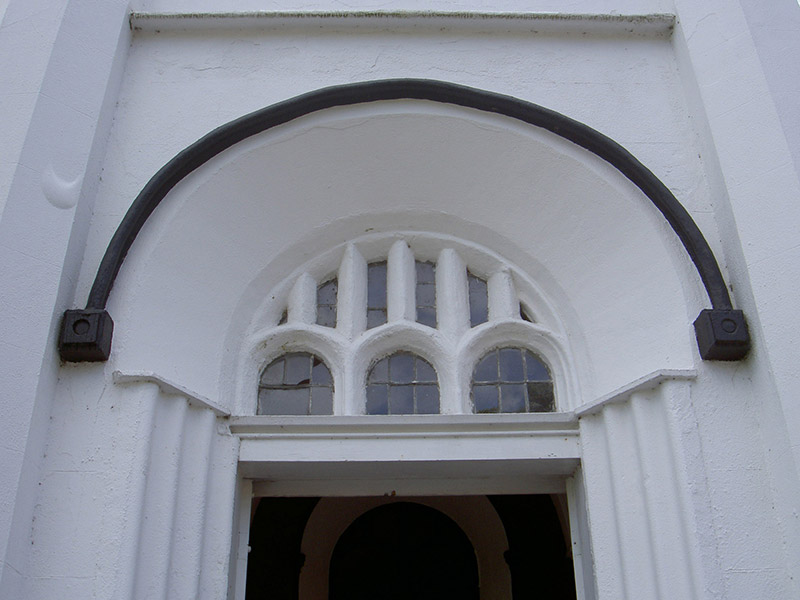 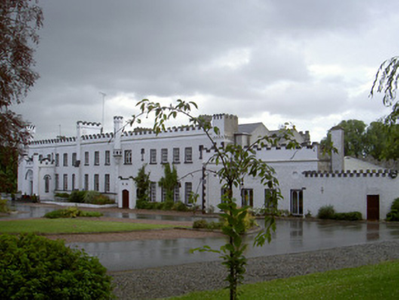 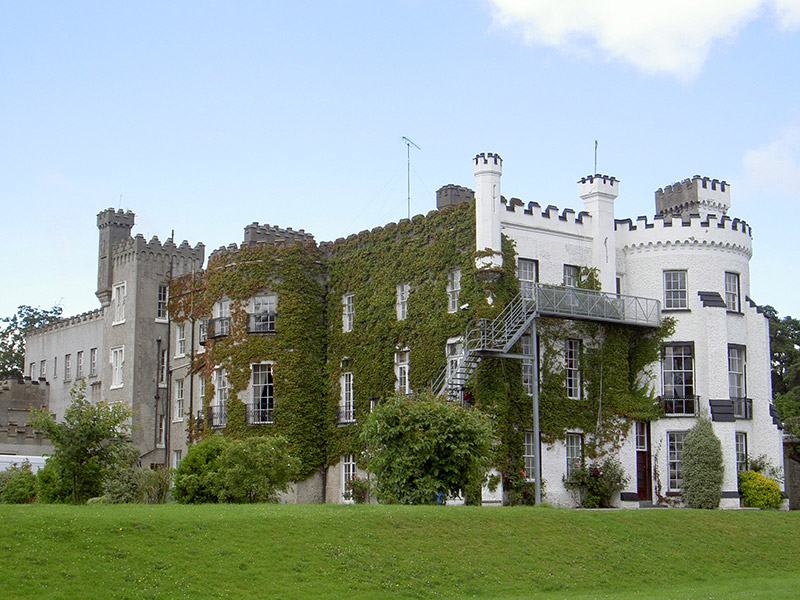 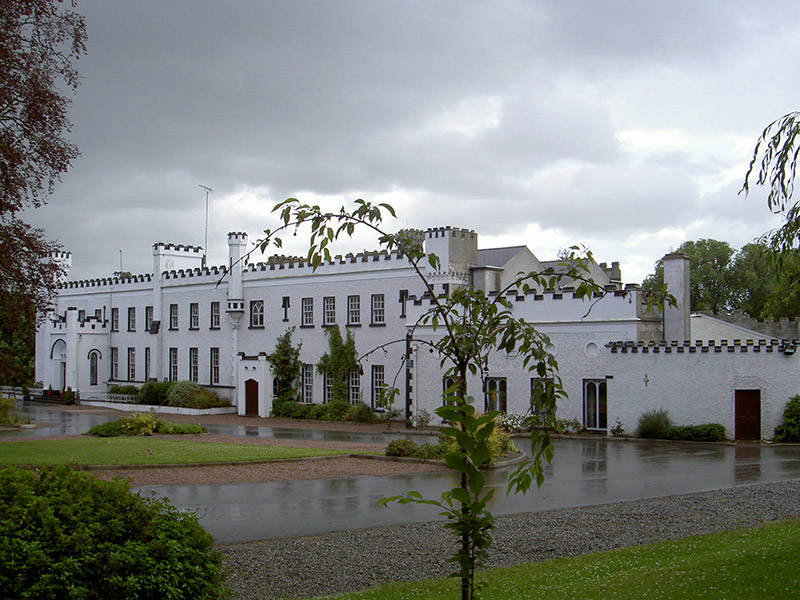 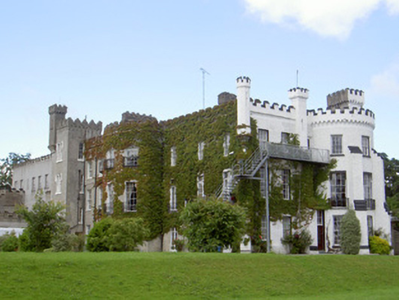 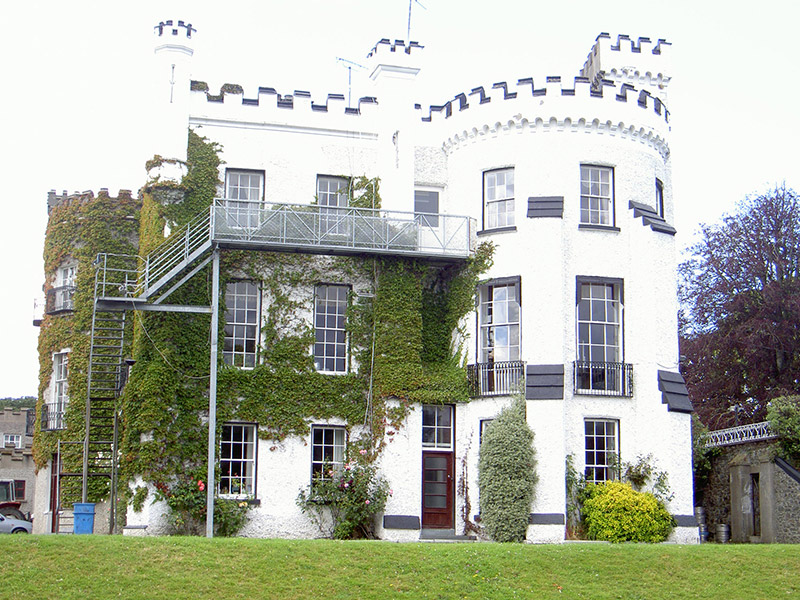 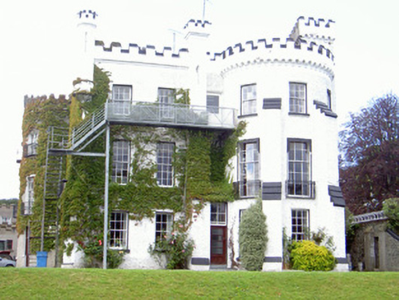 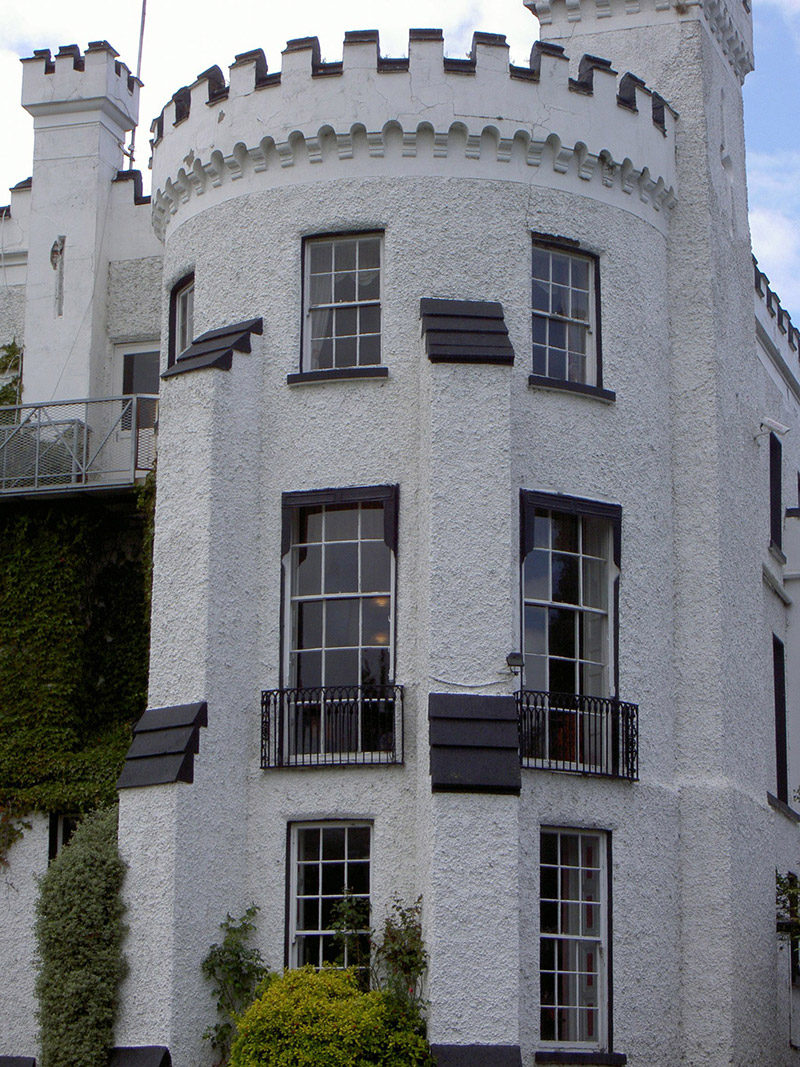 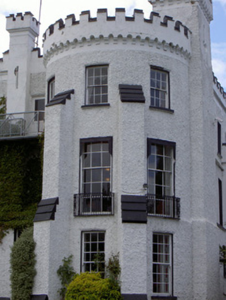 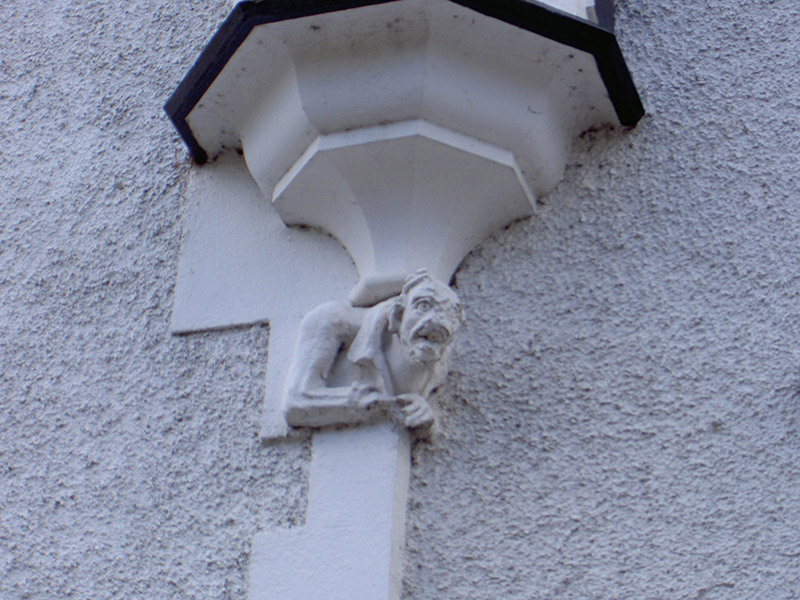 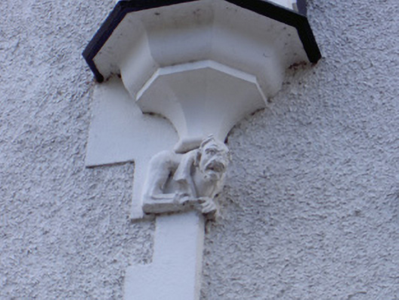 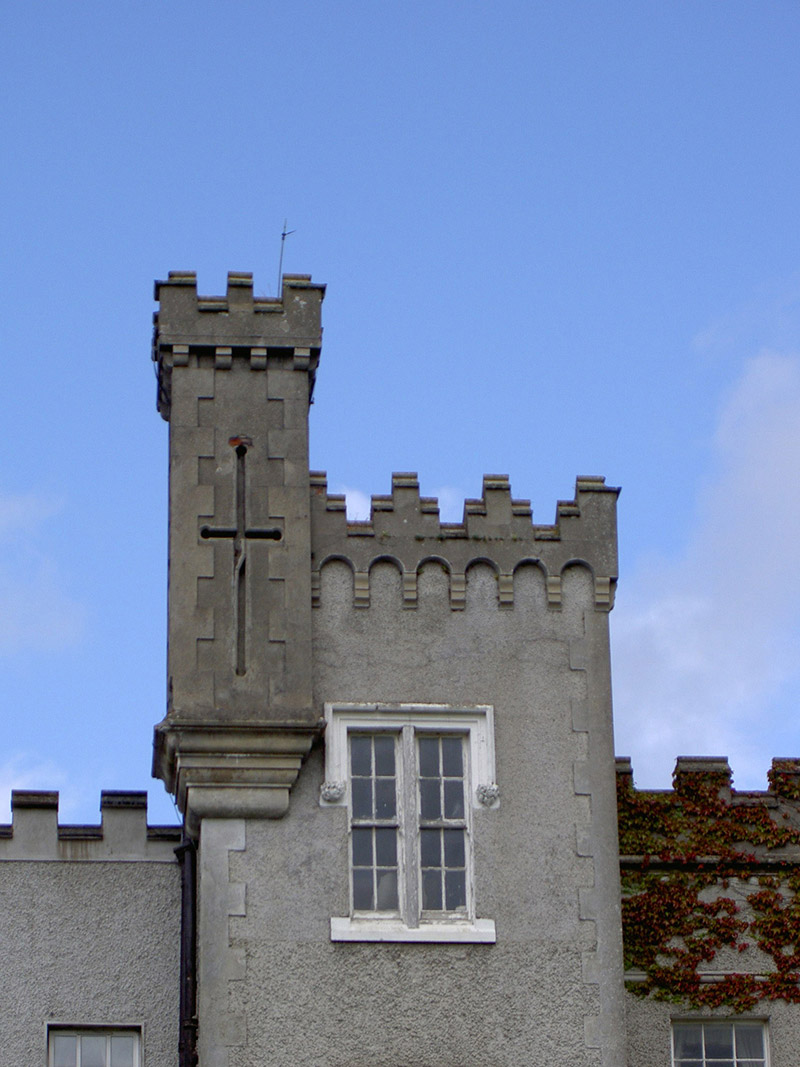 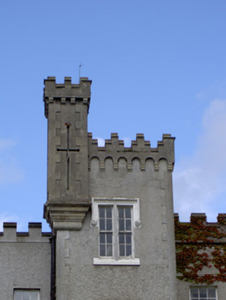 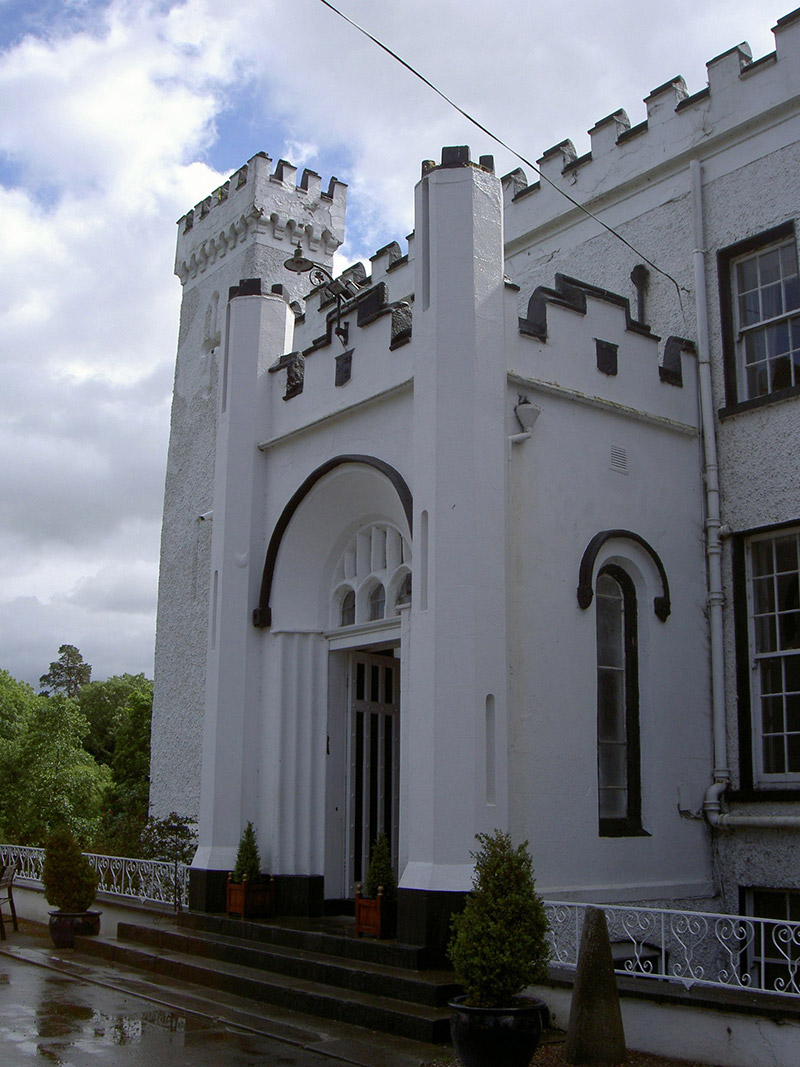 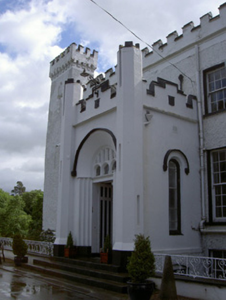 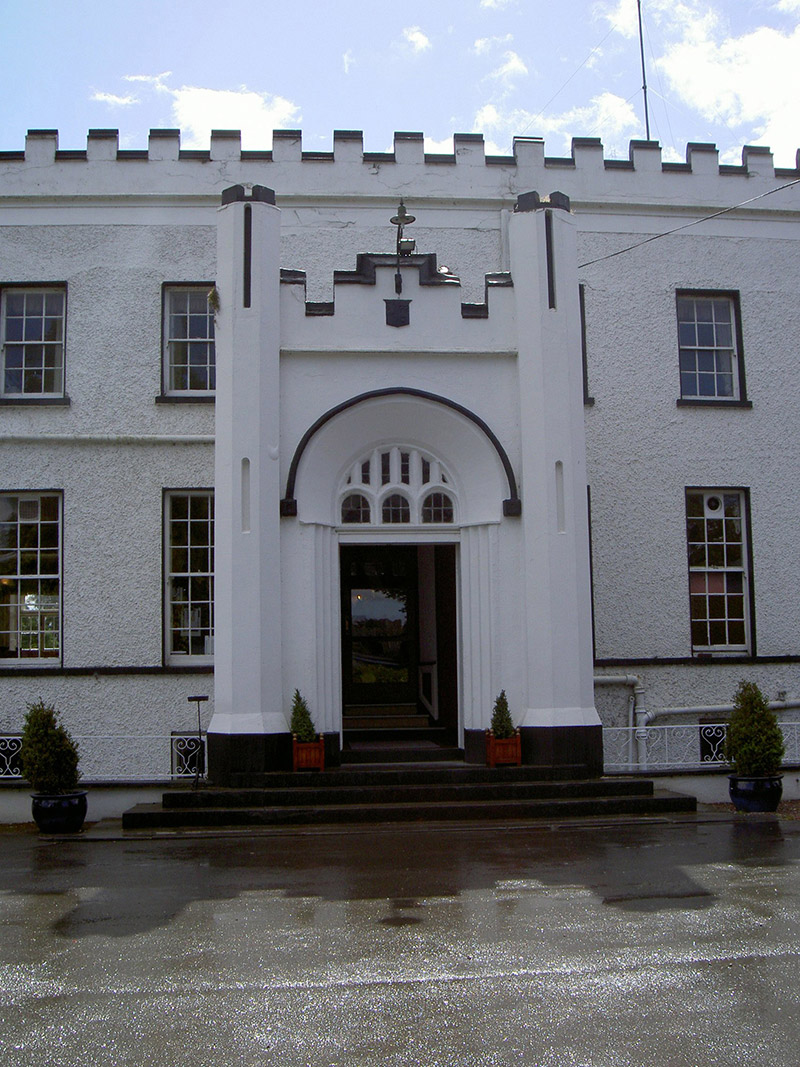 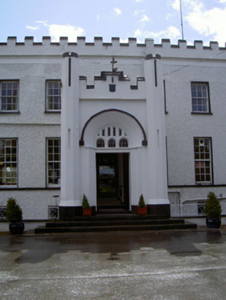 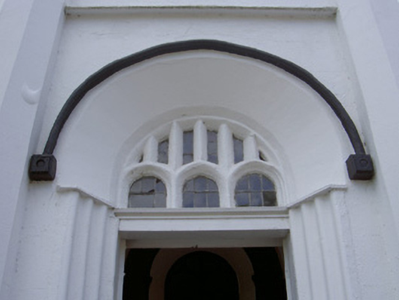 Castle Bellingham stands on the site of an earlier medieval castle which was burnt by King James' soldiers before the Battle of the Boyne in the late-seventeenth century, as Colonel Thomas Bellingham was fighting for King William of Orange. The house was remodelled in the late-eighteenth century when a third storey was added and in the early-nineteenth century it took the shape we see today with its crenellated parapet, turrets and towers. The Gothic embellishments, which are echoed in the entrance gates, can be seen on every elevation and it is the little details, such as the gargoyled boss to the base of a turret on the east elevation and the decorative label stops on the hood mouldings of some windows that create a pleasing yet interesting contrast to the Georgian classical windows seen on the main elevations. The house played a central part in the development of the village to which it gives its name. Much of the village is occupied by estate houses and many of their former occupants would have worked on the estate in its heyday.