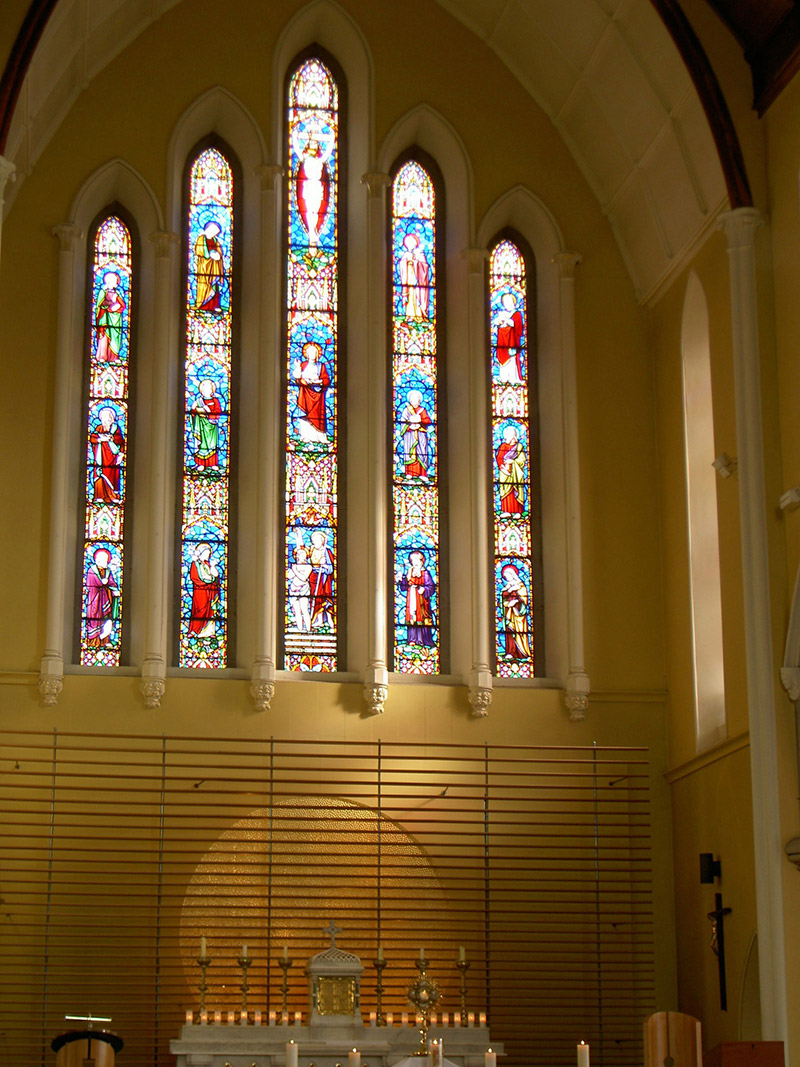 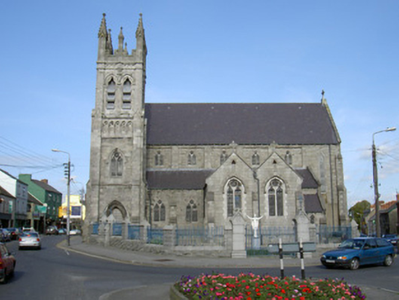 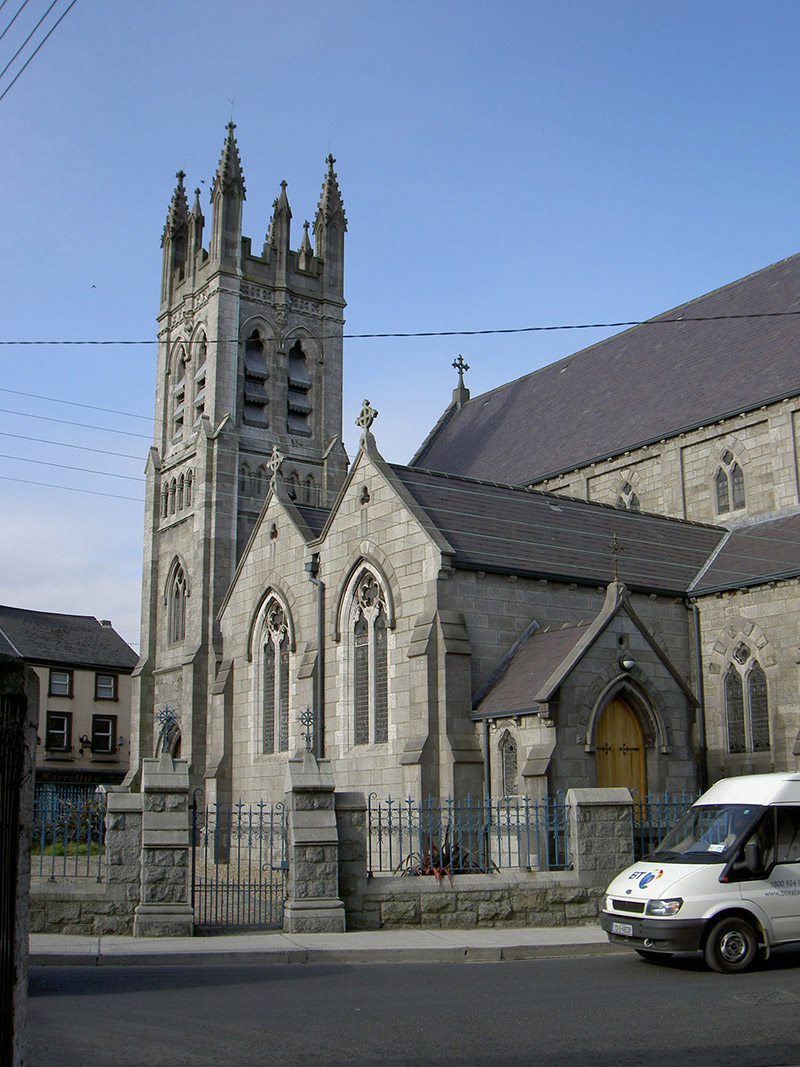 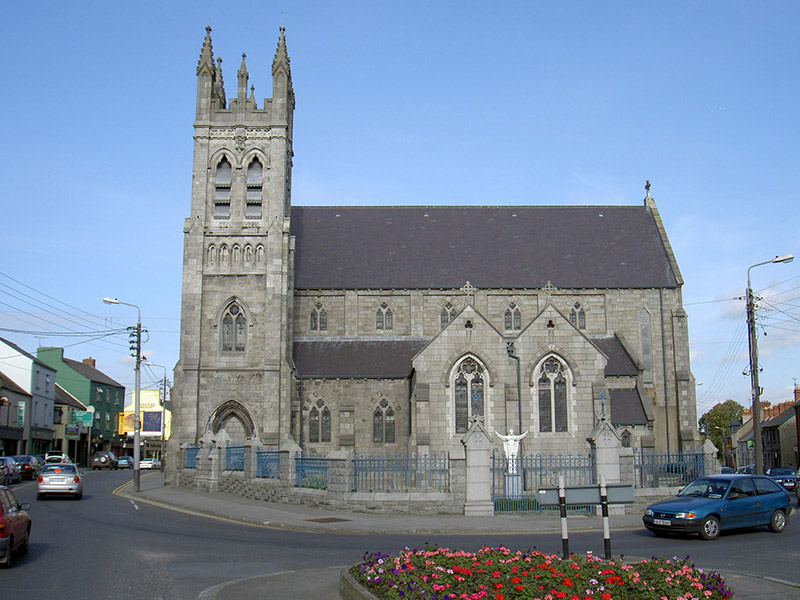 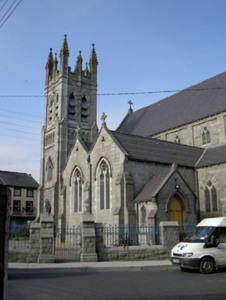 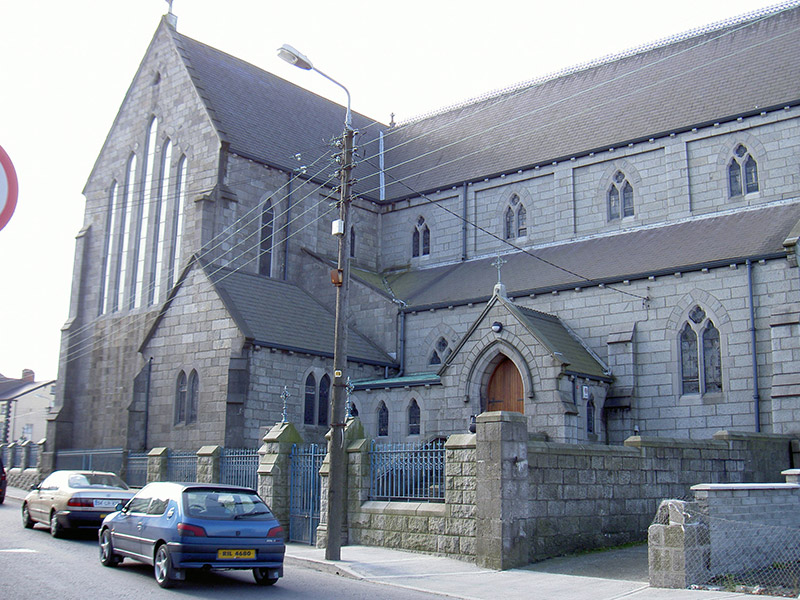 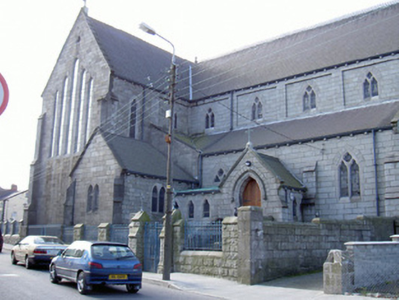 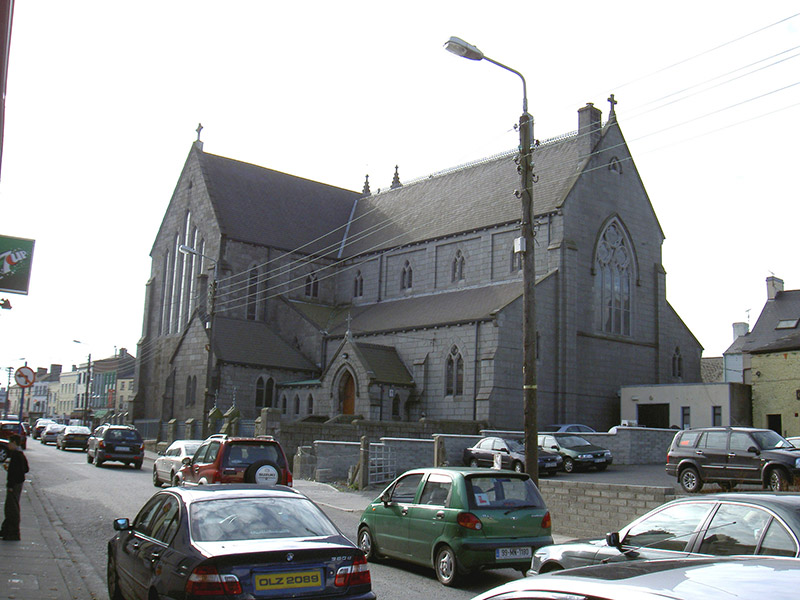 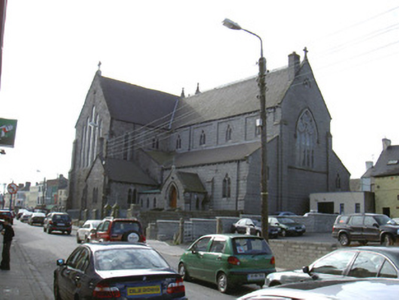 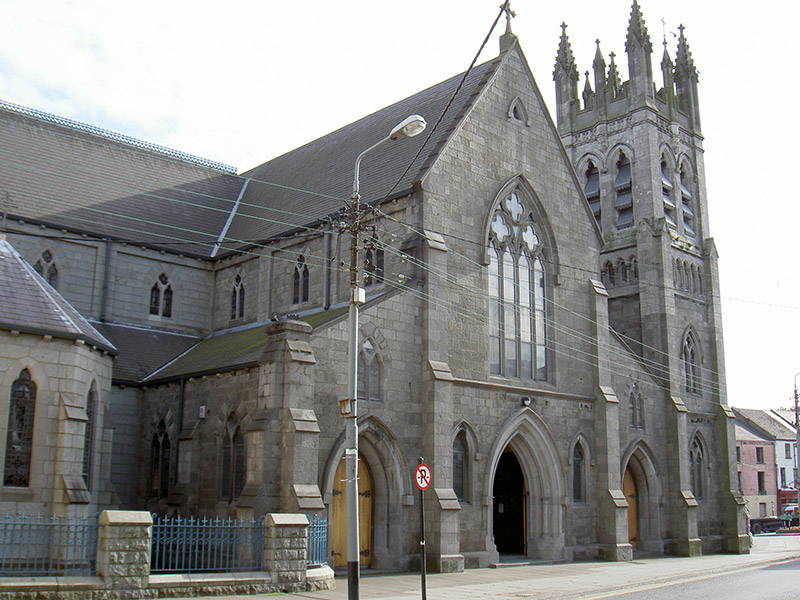 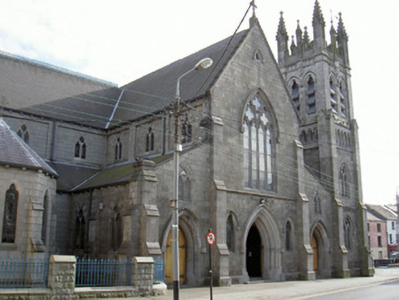 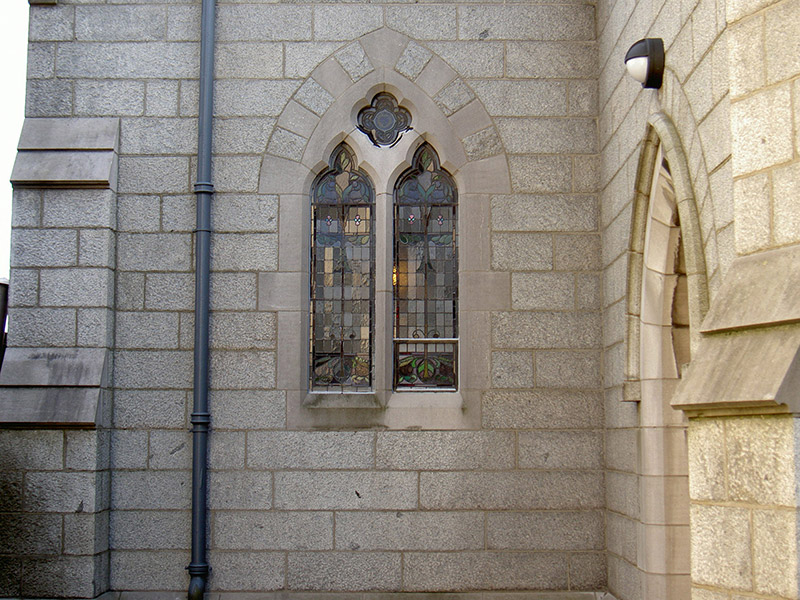 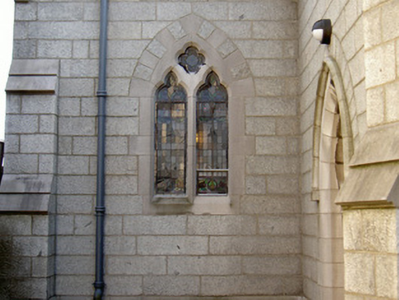 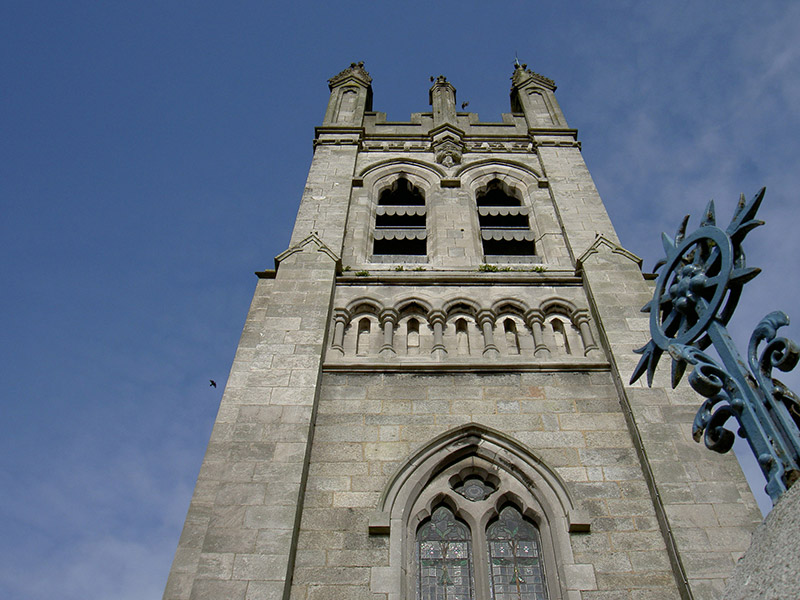 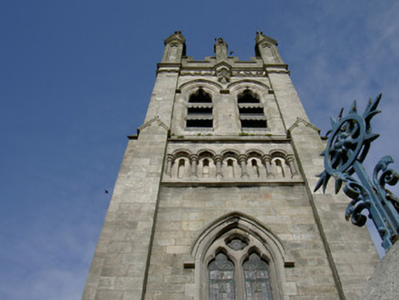 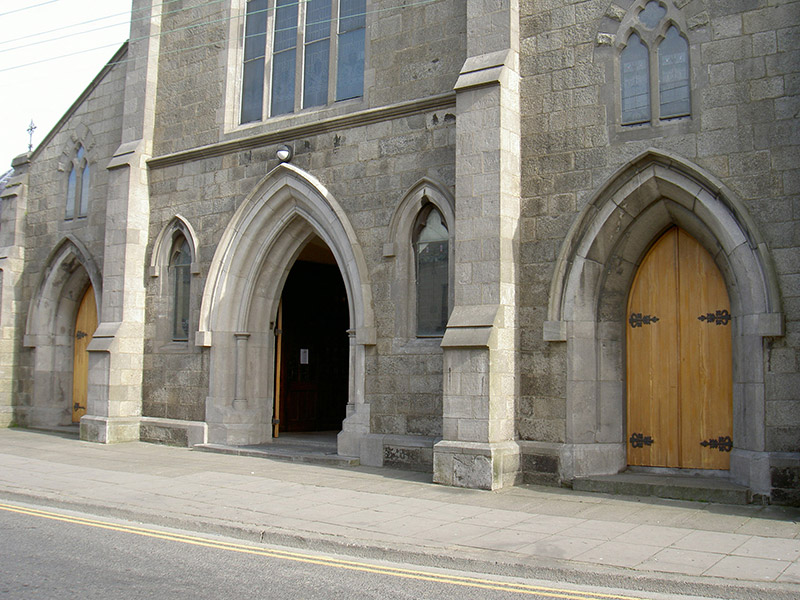 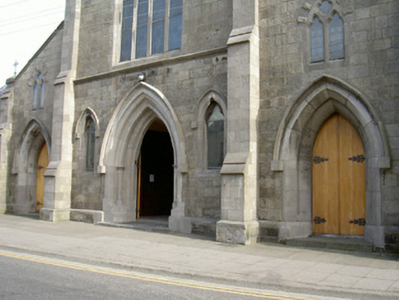 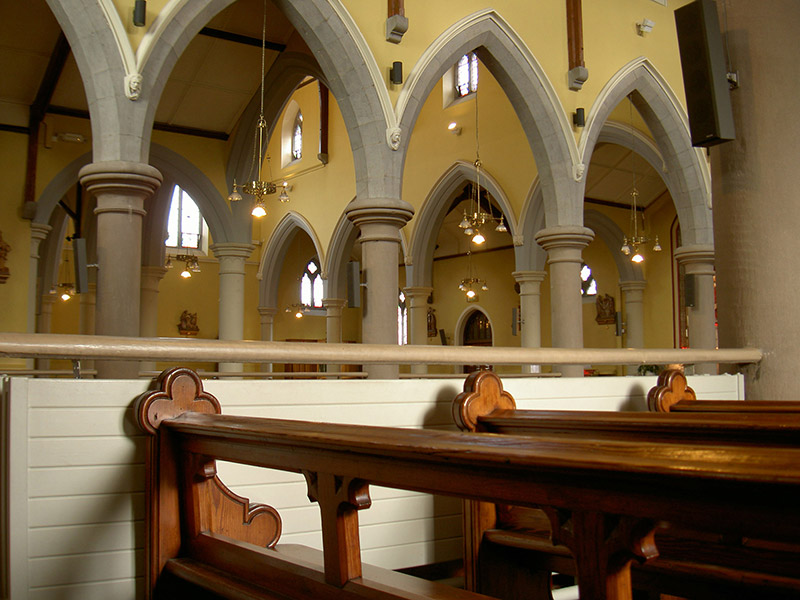 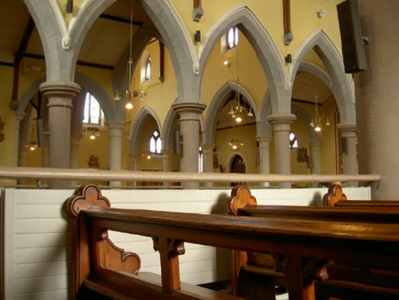 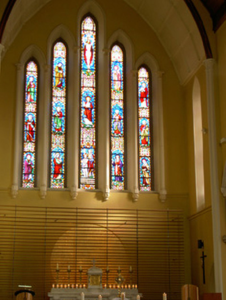 This fine mid-Victorian Gothic church designed by John Murray is prominently located at the north end of Church Street forming a vista stop between roads converging from the east and west. The external stonework is well detailed and the interior, with its multiple arcaded aisles, is a surprisingly light space. The group of five lancet windows at the eastern end are by Messrs. Casey of Dublin and were a gift from the Dundalk Total Abstinence Society. The enlargement works in the 1930s designed by W.H. Byrne and Son architects.