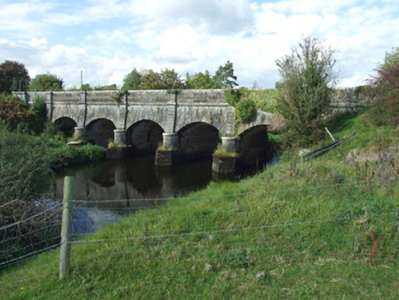 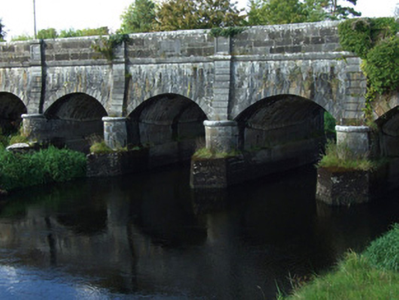 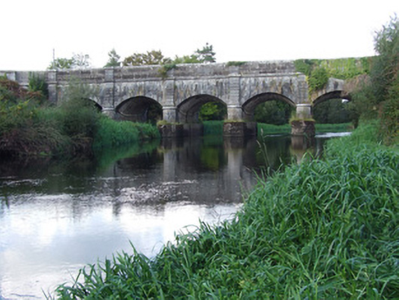 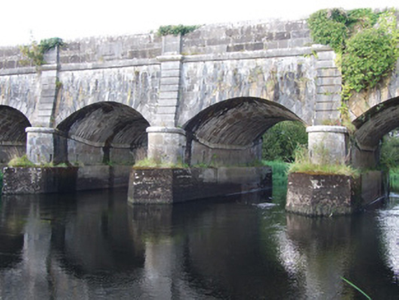 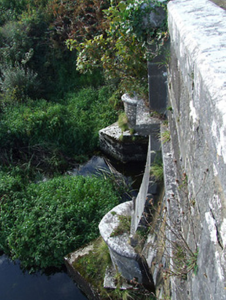 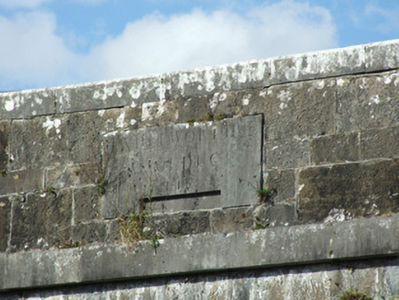 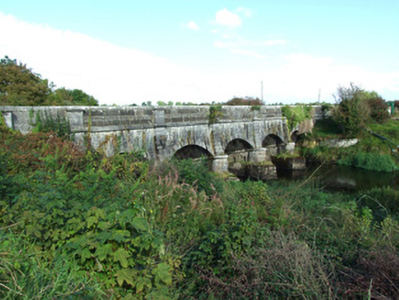 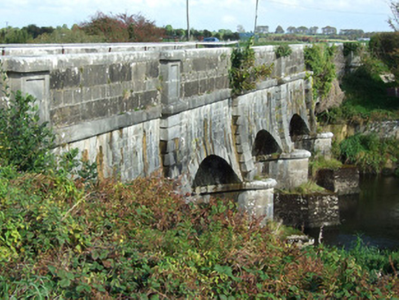 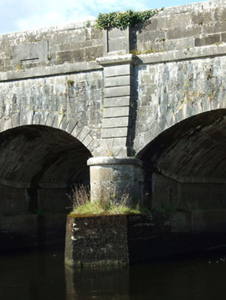 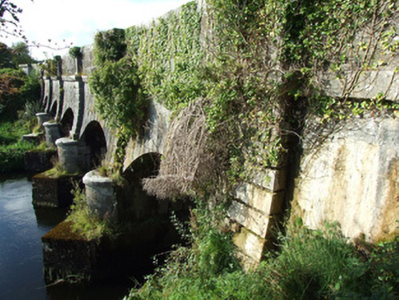 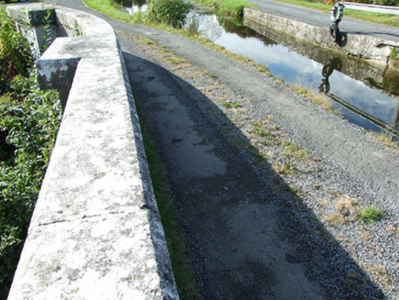 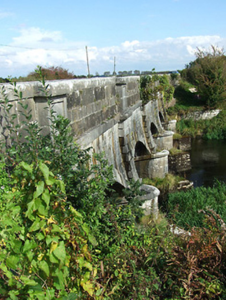 This magnificent large-scale aqueduct carries the Royal Canal and associated towpaths over the River Inny, a distance of 165 feet. It is arguably the single most impressive feature along the entire length of the Royal Canal (from Dublin to Cloondara) and is the most important element of the nineteenth century engineering heritage of County Longford. It is robustly constructed in excellent quality limestone masonry, while the extensive ashlar and cut limestone trim adds substantially to the aesthetics and its architectural character. The bases of both the main elevations are battered in a concave curve to counteract the outward thrust, which creates a robust, but highly pleasing and elegant composition. This bridge survives in excellent condition, which is testament to the quality of the original construction and the skill of the stonemasons and engineers involved. The stone used in the construction was reputedly quarried at Castlewilder, which is located a short distance to the northeast. This fine structure was built to designs by John Killaly (1766 – 1832), the engineer responsible for the construction of the Royal Canal between Coolnahay to Cloondara. Construction commenced in 1814 and it was completed in 1817. It was commissioned by the Directors General of Inland Navigation, who took over responsibility for the Royal Canal following the dissolution of the Royal Canal Company in 1813. The contractors involved in the construction were Henry, Mullins and McMahon. It is probably named after Lord Charles Whitworth (1752 - 1825), 1st Baron Whitworth, who was Lord Lieutenant of Ireland (between 1813 – 17) at the time of construction. A plaque to the inner face of south parapet reads ‘This Aqueduct with the entire Royal Canal Extension 24.5 miles in length, having 21 locks, 38 bridges, and 40 tunnels, with several harbours, quays, and other works of masonry was designed by John Killaly Esq., Engineer to the Director General of Inland Navigation and executed under their Direction in the short space of 3 years by the undertakers, Henry, Mullins and McMahon’. This fine aqueduct is a notable addition to the built heritage of Longford, and represents one of the most impressive features of its type in Ireland. It cost c. £5,000 to construct.