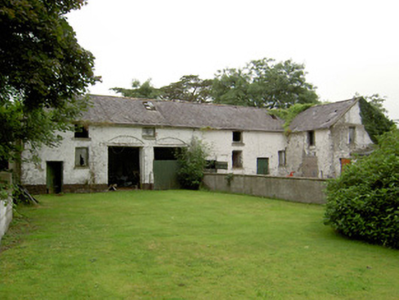 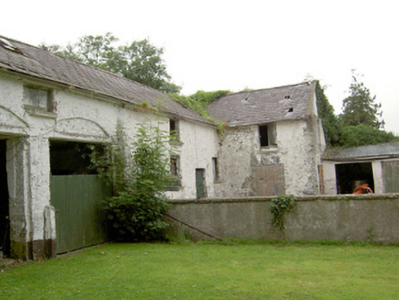 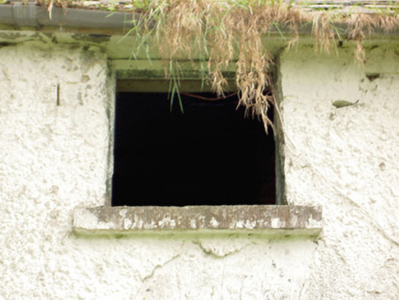 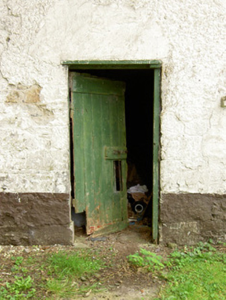 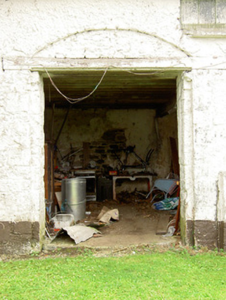 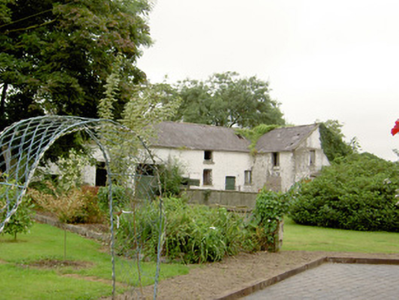 Although in a poor state of repair, this substantial outbuilding retains its original massing and character, and much of its original fabric including a natural slate roof. This building provides an interesting historical insight into the extensive resources required to run and maintain a large country estate in Ireland during the nineteenth century. This building once formed part of a substantial complex of outbuildings associated with Currygrane House, now demolished. It is the main surviving structure associated with this former country estate, the seat of the Wilson family (Baronets from 1919), which was demolished in the 1920s. It forms a pair of related structures along with the pet cemetery (13400909) to the northwest, and is an integral element of the built heritage of the local area. The Wilson family was an important family that arrived in Ireland during the late-seventeenth century and had their roots in Scotland. William Hague (1836 - 1910), an eminent architect of his day, carried out extensive alterations to Currygrane House in 1866 – 8 (Irish Architectural Archive), which is possibly when the Wilson family moved here. Sir Thomas Drew (1838 - 1910) also carried out works at Currygrane c. 1900. James Wilson of Currygrane had an estate of 1,158 acres in the 1870s. Currygrane House was burnt down in 1922, when James Mackay Wilson, a noted antiquarian, was in residence. James' brother, Sir Henry Hughes Wilson, 1st Baronet, (1864 – 1922; either born at Currygrane or in Dublin) was a field marshal in the British Army and an eminent Conservative Party politician. In 1918, he was made Chief of the Imperial General Staff of the British Army and later acted as Britain’s chief military advisor at the Paris Peace Conference after the end of World War One. He was assassinated by the IRA in London in 1922. In the immediate aftermath of the shooting, King George V sent his equerry to the Wilson’s London address (Eaton Place) to convey the royal sympathy to Lady Wilson. Wilson's funeral was a public affair attended by the Prime Minister Lloyd George and the cabinet, as well as many of his former army colleagues. Wilson was buried in the crypt of St Paul's Cathedral, in a prominent position between Lord Roberts and Lord Wolseley. There is a fine memorial monument to Field Marshal Sir Henry Wilson at Liverpool Street Station, London. Currygrane was the earlier the home of a W. L. Galbraith, Esq., in 1837 (Lewis) and was later in the ownership of the Bond family.