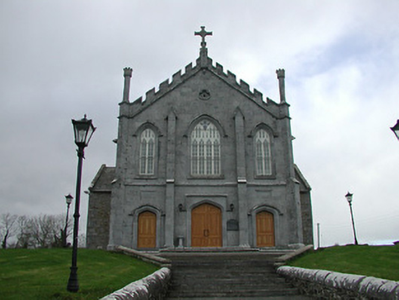 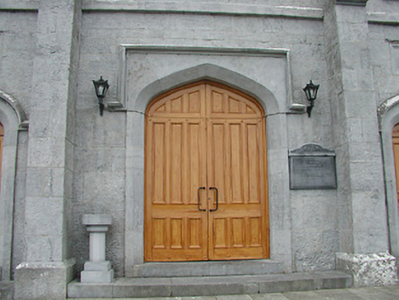 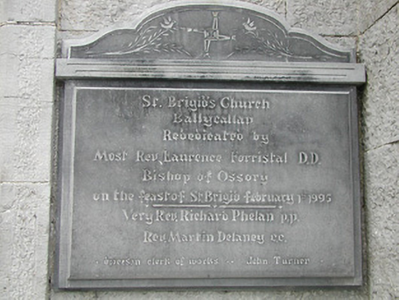 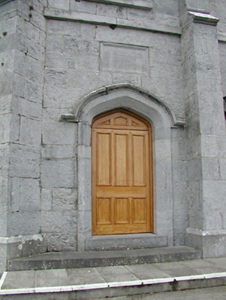 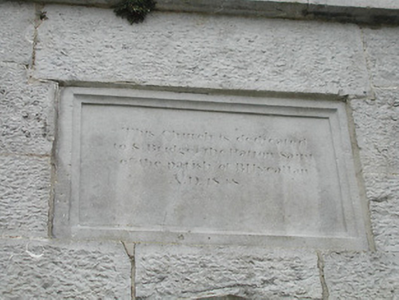 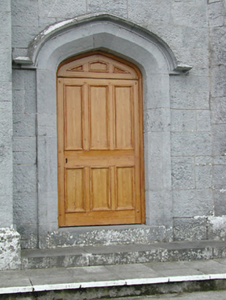 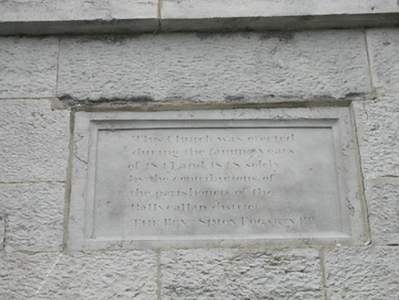 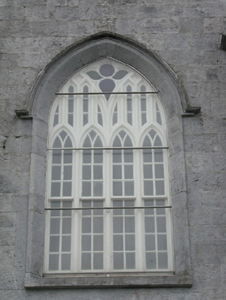 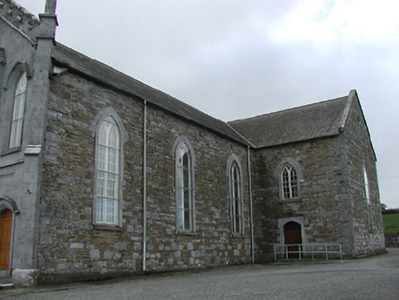 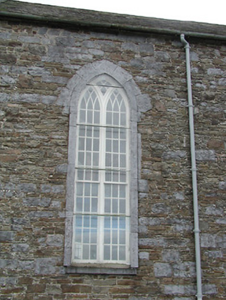 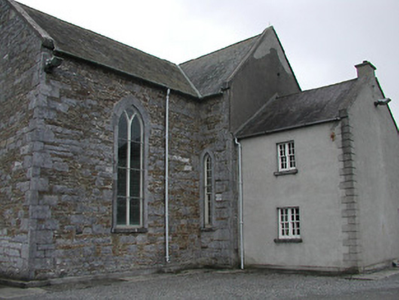 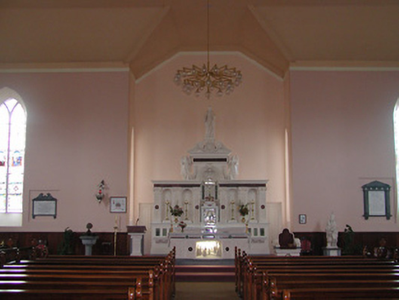 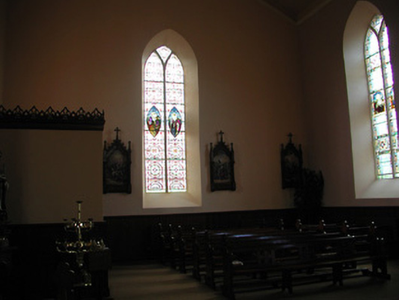 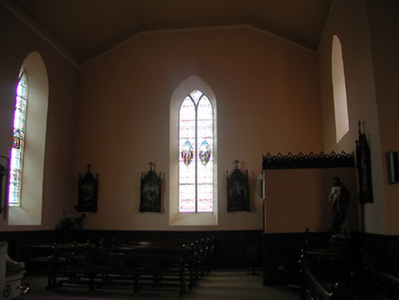 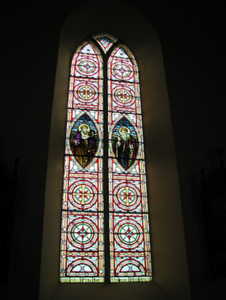 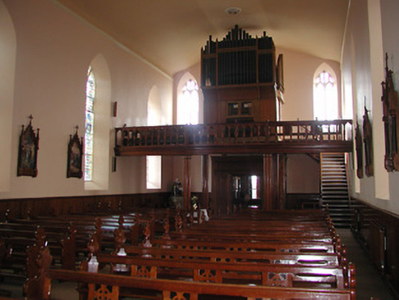 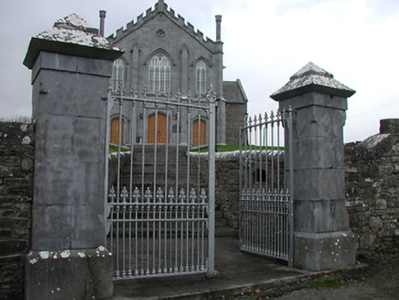 Attributed to the school of Thomas Cobden (d.1842) a substantial rural parish church is reminiscent stylistically if not in plan form of the earlier Catholic Church of the Assumption (1826) in nearby Tullaroan (12401803), thereby indicating the relatively conservative approach to church building in the locality following Emancipation in 1829. Exhibiting an elegant character the architectural design value of the composition is identified by attributes including the solid massing, the balanced configuration of the openings, and so on: meanwhile numerous accents in locally-sourced County Kilkenny limestone displaying exceptionally fine masonry enrich the picturesque Gothic theme of the church. Having been carefully maintained the church presents an early aspect with substantial quantities of the historic fabric surviving intact both to the exterior and to the interior where an appealing decorative scheme includes timber details displaying high quality carpentry, some stained glass panels recalling the output of the Harry Clark Studios (fl. pre-1931), a particularly fine reredos, and so on. Superseding an earlier Catholic chapel in the locality as indicated on archival editions of the Ordnance Survey the present church being positioned on a prominent elevated site remains an important landmark enhancing the aesthetic appeal of Ballycallan and the environs.