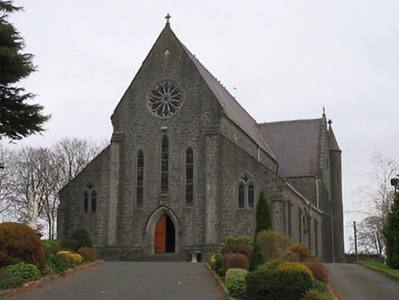 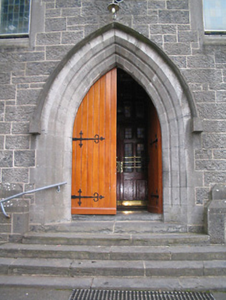 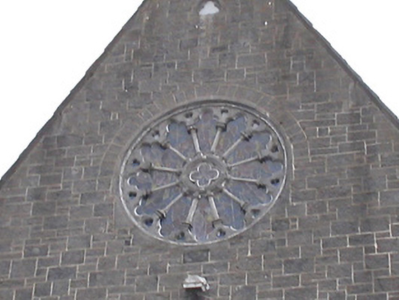 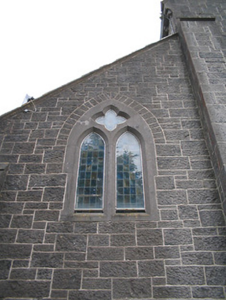 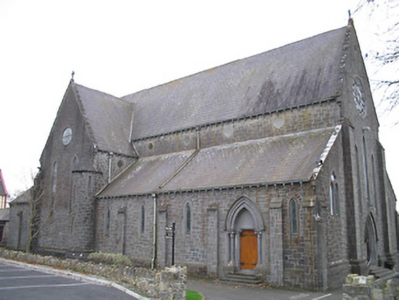 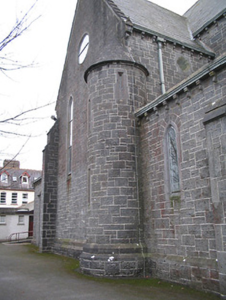 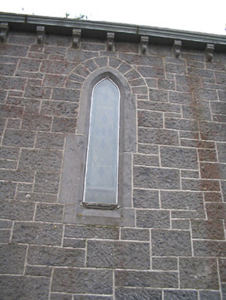 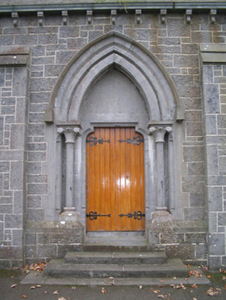 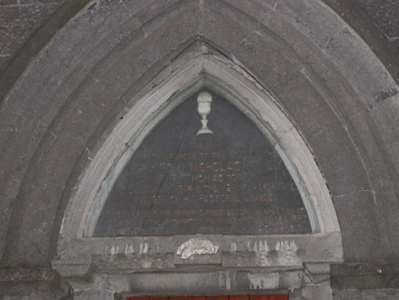 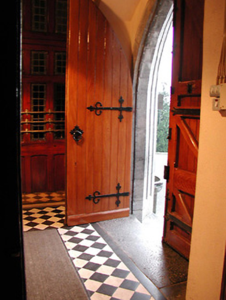 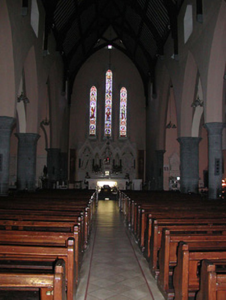 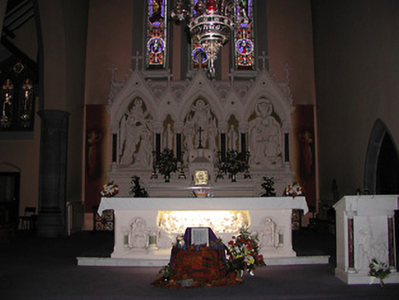 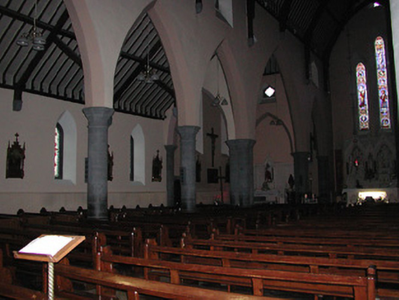 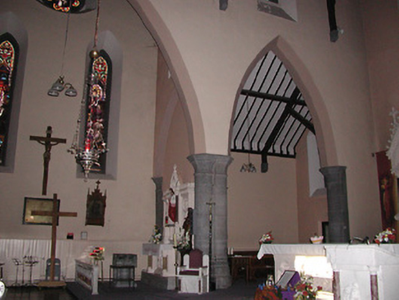 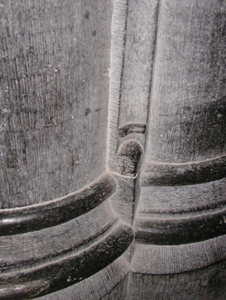 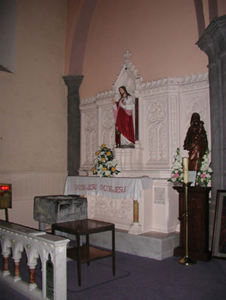 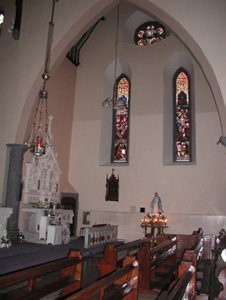 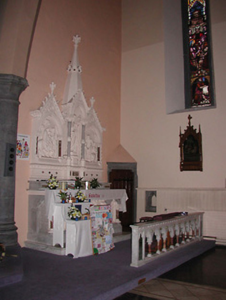 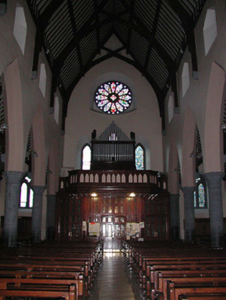 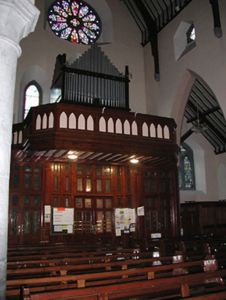 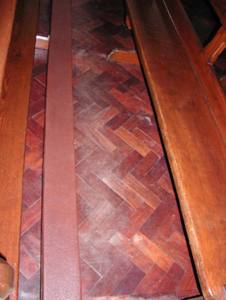 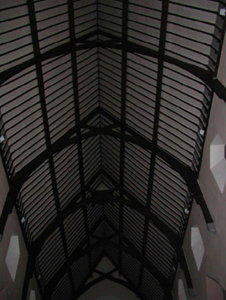 A well-composed substantial church built for Reverend Nicholas Kealy (d. 1874) to designs attributable to James Joseph McCarthy (1817-82) forming a prominent landmark on an elevated site overlooking Thomastown: the attribution to McCarthy is supported by evidence such as the similarities shared with a contemporary (1857) scheme for Saint Patrick's Catholic Church (1857), Celbridge, County Kildare (see NIAH Kildare County Survey 2003 (11805042/KD-11-05-42), amongst others. Displaying features characteristic of the favoured thirteenth-century French Gothic-inspired style (with the exception of an aberrant turret redolent of a Romanesque or Celtic-inspired style: it is believed that Thomastown represents the first instance where such a characteristic turret appears in McCarthy's oeuvre) the austere quality of the composition is compounded by the combined effects of a construction in dour locally-sourced limestone, the disproportionate bias of solid to void, the little intermittent light relief provided by carved or structural detailing, and so on. An early interior scheme having apparently undergone little alteration following the Second Vatican Council (1962-5) incorporates a range of features of artistic design merit including timber fittings displaying high quality carpentry, limestone dressings exhibiting expert masonry with particular emphasis on the tooled detailing, delicate stained glass panels, and so on: meanwhile, an exposed timber roof construction identifies the technical or engineering potential of the site.