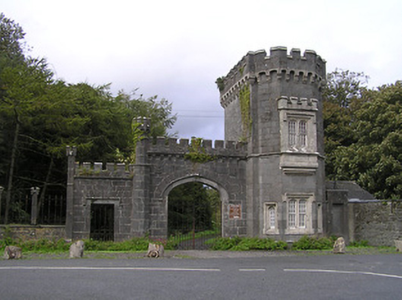 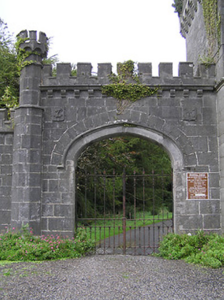 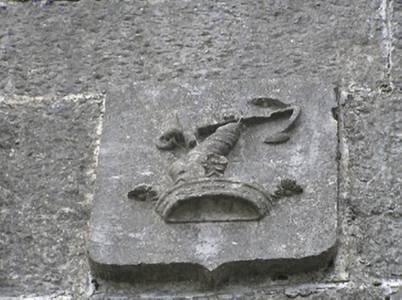 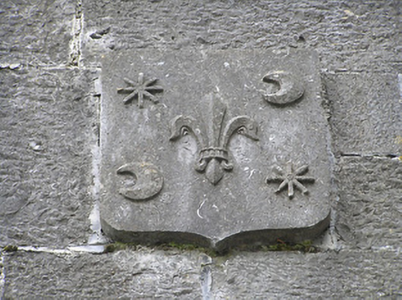 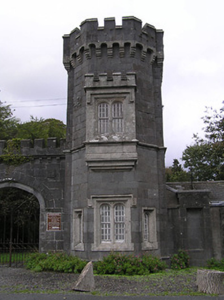 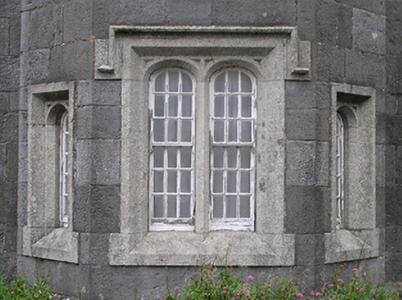 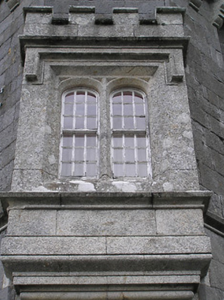 An attractive assemblage comprising two distinct compositions embracing divergent aspects of the popularity for the Gothic style in the early to mid nineteenth century: an elegantly-composed gateway probably originally conceived by William Robertson (1770-1850) as a symmetrical piece belongs to the late-Georgian Gothic or 'Gothick' school while a later lodge built to designs prepared by Daniel Robertson (fl. 1812-49) for James Aylward (b. 1811), but reputedly originally intended for Dunleckney Manor (1835-40) in nearby County Carlow characterises the application of Gothic elements in an academic archaeologically-grounded manner. Exhibiting expert stone masonry the construction in limestone ashlar with cut-granite accents produces a sombre monochromatic palette while carved dressings with particular emphasis on the lodge enhance the architectural design distinction of the composition. Having been reasonably well maintained the combined ensemble presents a distinctive feature in the landscape forming a picturesque landmark at the entrance to the grounds of Shankill Castle.