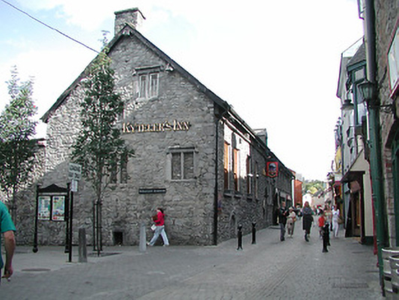 A substantial building of national significance having origins in the mid fourteenth century, thereby representing an important element of the archaeological heritage of Kilkenny. Despite a series of alteration works over the course of subsequent centuries the building continues to exude a medieval character in the streetscape on account of the restoration by Colm O'Cochlain (n. d.) of attributes including mullioned window openings in cut-limestone frames displaying high quality stone masonry. Originally known as Kyteler's Hall the building remains of additional importance for the associations with Dame Alice Kyteler (1280-1324), a notorious money-lender tried and burnt for sorcery together with the connections with the Shee family.