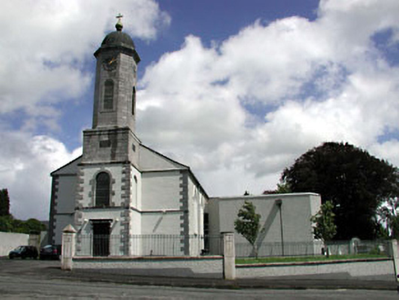 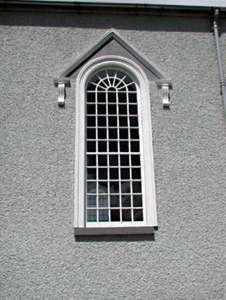 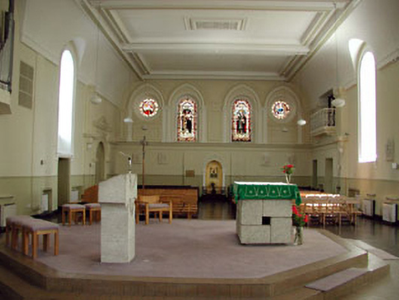 Saint Brigid’s Catholic Church is of considerable social and historical significance, having been built immediately following Catholic Emancipation in 1829, representing the emerging confidence of the Catholic population in Kildare town. The church is unusual in the county, having been built in a muted Classical style, the preferred architectural idiom at the time being the Gothic style or a variation thereof. The church is distinguished by a polygonal section to the upper stages of the tower, alluding to a campanile, the stone work of which is a good example of the high quality of stone masonry traditionally practised in the locality. The church retains some of its original form to the exterior with important salient features and materials intact including timber fittings to the door opening, timber fenestration and slate roofs having cast-iron rainwater goods. Extended in the late twentieth century, following the Second Vatican Council, the additional ranges have been designed in a Modern style that clashes somewhat with the original structure – some visual references have been made, however, that link the earlier and later ranges, such as the chamfered corners to the transept to south that echoes the form of the polygonal tower. The interior, also much altered in the late twentieth century, retains some important features surviving from its earlier incarnation, including decorative plasterwork to the ceiling and to some openings, with stained glass panels to the former chancel that are of considerable artistic merit. The replacement fittings to the nave are typical of the period of manufacture, and are of some design merit. The church is prominently positioned on a corner site, framing Saint Brigid’s Square to the east, and is an component of a group of Catholic-related structures on Convent Road to east. The tower serves to identify the church in the surrounding landscape, while providing visual incident to the skyline.