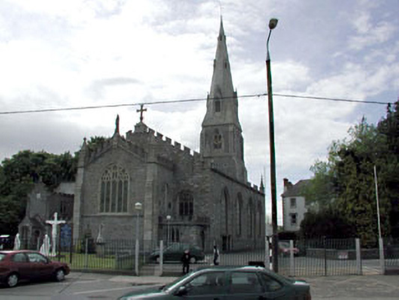 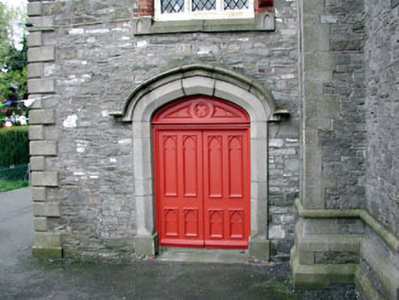 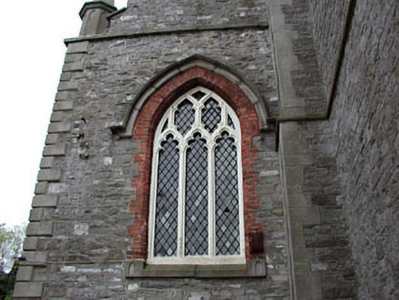 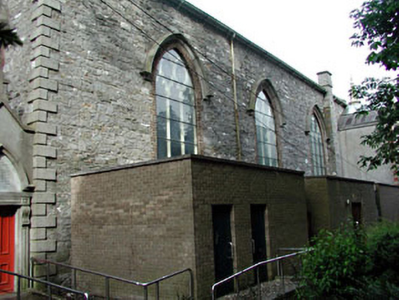 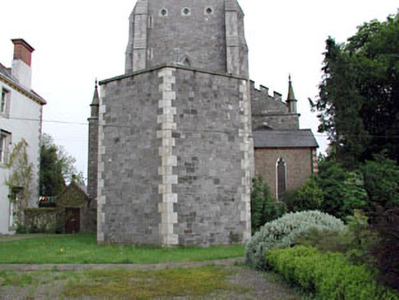 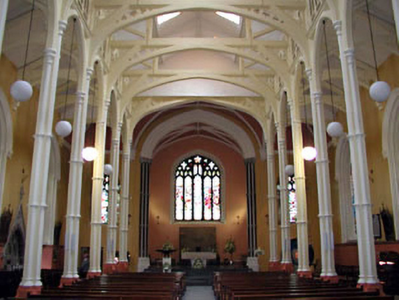 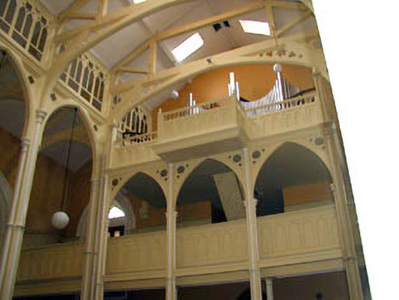 The Catholic Church of Our Lady and Saint David is a fine and imposing edifice that alludes to the form and appearance of fourteenth-century French Gothic churches. The church is of considerable social and historic interest, having been begun shortly before Catholic Emancipation and built through a system of voluntary contribution amongst the Catholic community in the locality – the scale and detailing of the building also attests to the growing confidence of that community during the final years of the Penal Law system. The orientation of the church is somewhat unusual, however, with the chancel fronting on to Sallins Road and the entrance tower positioned to the rear (north-west) of the site. Continuously extended over many years, the additions have contributed positively to the overall character of the piece for the most part, and the resulting complex plan complements the ornate quality of the elevations – only the projecting blocks to south-west have been completed without regard to the original tone and appearance of the church, yet these are discreetly concealed and do not detract considerably from the overall scheme The construction of the church in rubble stone with cut-stone dressings is a good example of the high quality of stone masonry traditionally practised in the locality and this is particularly evident in the carved dressings, including surrounds to openings and cut-stone detailing, which has retained a crisp intricacy over the intervening years. The church retains an early aspect to the exterior, with many original or early features still extant, including fittings to the openings and slate roofs throughout. The interior also retains most of its original form and appearance and is an important survival. Conceived as a light an airy design, the slender arcade to the nave gives the appearance of delicacy and belies its function as a supporting structure to the roof. The arcade, together with the two-tier timber panelled galleries to the north-west and the open timber roof construction, is of considerable technical or engineering merit. The interior retains many original features and materials, including stained glass fittings that are of artistic significance. The chancel/altar appears to have been remodelled following the Second Vatican Council, however, and contrasts with the ornate quality of the nave – it retains a fine, decorative plasterwork ceiling, however. The church is prominently located at the north-end of Naas, slightly on the outskirts of the historic core of the town, and is an attractive landmark in the locality forming a neat group with further Catholic buildings to the north-west. The soaring slender tower and spire adds incident to the skyline and identifies the church in the landscape.