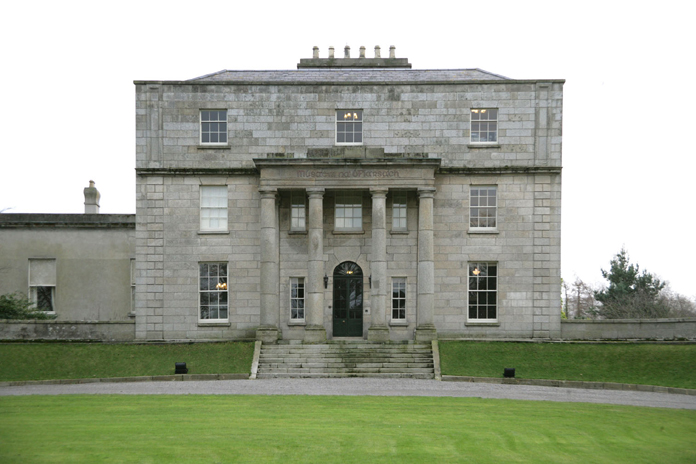 Figure 1: The Hermitage, Rathfarnham, an eighteenth-century house erected by Dr. Edward Hudson (1743-1821) on lands leased from Thomas Conolly (1738-1803) of Castletown House, County Kildare. The house was subsequently occupied by two men who each played a role in the suppression of Republicanism in Ireland: Justice Richard Moore (1783-1857) passed sentence on the insurgents who took part in the Young Irelander Rebellion (1848) in Ballingarry, County Tipperary, while a later tenant, Sir Neville Chamberlain (1856-1944), Inspector-General of the Royal Irish Constabulary, was in charge of policing in Ireland during the 1916 Rising

The Pearse Museum at The Hermitage, Rathfarnham, is an eighteenth-century house set in Saint Enda’s Park, fifty acres of parkland at the foot of the Dublin Mountains (fig. 1). Between 1910 and 1916 The Hermitage was the home of Patrick Pearse (1879-1916) who also ran an Irish language school called Scoil Éanna in the house. It was from The Hermitage that Pearse and his brother, William “Willie” Pearse (1881-1916), left to fight in the 1916 Rising, never to return (fig. 2).

Figure 2: An early twentieth-century postcard showing the house when it was known as Scoil Éanna, or Saint Enda’s College. By far the most famous tenant of The Hermitage was Patrick Pearse (1879-1916) who opened an Irish language school in the house in 1910. The Hermitage is now the home of the Pearse Museum which celebrates the life of Pearse and his brother William “Willie” Pearse (1881-1916)

The origins of The Hermitage date back to 1786 when Dr. Edward Hudson (1743-1821), State Dentist with a medical practice on St. Stephen’s Green, leased the lands known as “The Fields of Odin” from Thomas Conolly (1738-1803) of Castletown House, County Kildare. Hudson named his new house “The Hermitage”, indicating that it was intended as a retreat from the bustle of city life. The identity of the architect may be unknown, but aspects of The Hermitage suggest the work of a talented draftsman or professional builder. Austerely detailed, the entrance front of finely cut Wicklow granite relies on a plain portico of four Doric columns for architectural “effect”. A simple rectangle in plan, the house rises three floors over a basement with the top floor treated as an attic storey resting on a simple moulded cornice. The silver-grey quality of the granite suggests that this floor may be a later addition, one of a series of “improvements” made to the house over the following century.

The ownership of The Hermitage changed hands on a number of occasions over the course of the nineteenth century. Edward’s son, William Elliot Hudson (1796-1853), sold the house in 1847 to Justice Richard Moore (1783-1857) and following his death the property passed to the Kavanagh Doynes, an Anglo-Irish military family. They in turn sold The Hermitage in 1898 to William Woodbyrne who had made his fortune in the Kimberly diamond mines. Each successive owner adapted the house to meet their specific needs with Woodbyrne adding a conservatory, an oratory and a billiard room which features as its centrepiece a bow with fluted Ionic columns framing a carved mahogany chimneypiece. Woodbyrne carried out these improvements with a view to living in the house on a permanent basis, however, his wife developed tuberculosis necessitating a move to a warmer climate. Woodbyrne leased the house to Sir Neville Chamberlain (1856-1944) who in 1900 had been appointed Inspector-General of the Royal Irish Constabulary. Chamberlain held the position until 1916 meaning that, in an interesting twist of fate, he was in charge of policing in Ireland during the Rising led by Patrick Pearse.

It would seem that Pearse’s landlord had reservations about renting his property to a boys’ school. Under the terms of the lease, the pupils were not allowed into the main part of the house during the daytime. Classes were small and consisted of between seven and ten pupils. The classrooms, including an art room and laboratories, were located in a courtyard at the back of the house in what were once outbuildings and stables. The classrooms opened onto the courtyard and were connected by an ambulatorium, or covered verandah, which provided shelter from the elements. Pearse put great emphasis on the distinct and attractive appearance of the classrooms in his school and in the prospectus he wrote:

‘The internal decoration and furnishing of the School have been carried out in accordance with a carefully-considered scheme of colouring and design. The object held in view has been the encouraging in the boys of a love of comely surroundings and the formation of their taste in art. In the classrooms beautiful pictures, statuary, and plants replace the charts and other paraphernalia of the ordinary schoolroom‘.

Figure 4: A photograph from June 1914 of a prize-giving day including Pearse, seated to the right, and Douglas Hyde wearing a cloth cap

The beautiful and extensive grounds proved the perfect backdrop for open-air pageants and plays. These theatrical productions would often form part of the programme for the school’s annual Aeridheacht or “Open Day” which would also include prize-giving and concerts (fig. 4). In June 1912 a production of a play written by Pearse called An Rí (“The King”) was performed in the park with ‘much pageantry of horses and marchings, at a place in our grounds where an old castellated bridge, not unlike the entrance to a monastery, is thrown over a stream‘. Another outdoor play, Fionn: A Dramatic Spectacle, was performed in 1914 and featured William Pearse in one of the principal roles (fig. 5).

Figure 5: A photograph from 1914 showing the cast of Fionn: A Dramatic Spectacle including William Pearse standing centre

Pearse had hoped to make many improvements to the building and engaged the architect and inveterate theatre-goer, Joseph Holloway (1861-1944), to draw up plans for a new dormitory which would have been built over the study hall, formerly the billiard room. Financial difficulties and declining numbers meant the project was never realised.

The Reception Room described in An Claidheamh Soluis as ‘hung with old engravings, but needing scarcely any other ornament than its magnificent eighteenth-century fireplace of Carrara and Siena marble’. William Pearse grew up surrounded by artwork created by his father, James Pearse (1839-1900), a monumental sculptor and keen collector of books on art and architecture. Harbouring ambitions to become a serious artist, William attended classes at the Dublin Metropolitan School of Art, the Royal College of Art in Kensington and in Paris. William took over the family business following his father’s death, but eventually wound up the company with the sale of assets helping to cover the cost of the move of Scoil Éanna from Rathmines to Rathfarnham. A full-time art teacher in the school, William had little time to devote to his own art with the result that his body of work is comparatively small. Today the Reception Room houses a permanent exhibition of his sculptures which are distinctly Irish in style and subject matter.

The Headmaster’s Study featuring as its centrepiece an ‘old fireplace’ of inlaid white marble. According to An Claidheamh Soluis the study ‘[contains] pictures by George Russell, Jack B. Yeats (“The Man that Buried Raftery”), Beatrice Elvery, and Sean Mac Cathmhaoil’.

A view of The Drawing Room described (1913) as ‘a bright room looking out on the garden with sculpture (some of it by Mr. William Pearse) and watercolours’. An earlier school prospectus (1910) underlined the home-from-home quality of Scoil Éanna: ‘The school will always maintain a private and homelike character. The resident pupils live rather under the conditions which prevail in a large family than under the somewhat harsh discipline of ordinary boarding-schools. An important point is that their domestic welfare is in charge of ladies, a fact which, in conjunction with its private character, renders the school specially suited for the education of sensitive or delicate boys’.

Pearse’s initial interest in education stemmed from his involvement in the Gaelic League and the Irish language movement. However, his ideas for a new school were largely experimental and a reaction against the contemporary exam-focused education system. Rather he felt that schools should inspire ‘a love of comely surroundings and the formation of [a] taste in art’ with ‘beautiful pictures, statuary, and plants [replacing] the charts and other paraphernalia of the ordinary classroom’. The Hermitage was fitted out with a gallery and museum, the latter described in the school prospectus (1910) as ‘containing zoological, botanical, and geological specimens, together with some illustrations of industrial processes and a few objects of historical and antiquarian interest. The pupils are encouraged to collect specimens for this Museum during their country rambles’.

Each dormitory was named after a saint taught by Saint Enda of Aran and included Saint Brendan’s, Saint Colmcille’s and Saint Kieran’s. The dormitory pictured was the largest with sleeping accommodation for eighteen pupils; other dormitories were smaller with no more than five or six beds.

An early twentieth-century photograph of An Halla Mór, or The Study Hall, a billiard room added to The Hermitage by William Woodbyrne following his purchase of the house in 1898. The only interior illustrated in An Claidheamh Soluis, the multi-functionality of the room was highlighted by the accompanying description of the ‘large and dignified apartment, with a very beautiful and comfortable fireplace which can be used on occasion as a stage, being in a recess raised two steps above the floor’.

The barrel-vaulted Chapel, one of the few improvements made to The Hermitage by Pearse, and described (1913) as ‘now complete and in the course of being furnished’.

Figure 15: Saint Enda’s Park boasts an array of eighteenth- and nineteenth-century follies and garden buildings, each carefully placed around the estate to act as eye-catchers adding interest to the landscape. An aquatinted photograph shows the gate lodge at the most southerly point of the estate and whose five-pointed “star” plan form, battered walls, and parapeted roofline have earned it the soubriquet “Emmet’s Fort”. The gate lodge was for many years occupied by Pearse’s half-sister Mary Emily McGloughlin (1864-1944)

In contrast to the severity of the exterior of the house and the restraint of its interiors, the grounds laid out for the Hudsons contain a unique collection of rustic, and often whimsical, follies and garden buildings. The landscape design was influenced by the picturesque style of the late eighteenth and early nineteenth centuries and the Hudsons took advantage of the property’s natural granite outcrops and river valley to create dramatic and Romantic views. The contemporary fashion for elegant melancholy and introspection was reflected not only in the name of the property, but also in the construction of an actual hermit’s cave in the grounds. The Hudsons were keen antiquarians and Edward built a number of follies in imitation of ancient Irish field monuments. These included a small dolmen, rustic arches, a cromlech and an ogham stone. The ogham stone reflects the playful nature of Hudson’s faux archaeological monuments as the inscription carved on it is not Irish in origin, but rather a quote from the Latin poet, Horace. Clearly referencing the landscaping work Hudson had carried out in the park, it reads: The neighbours just smile as I shift my turf and stone.

Brian Crowley is the curator of the Pearse Museum and has worked on a number of exhibitions for the Office of Public Works. He has contributed essays to The Life and After-Life of P.H. Pearse and Making 1916 and is the author of Patrick Pearse, A Life in Pictures