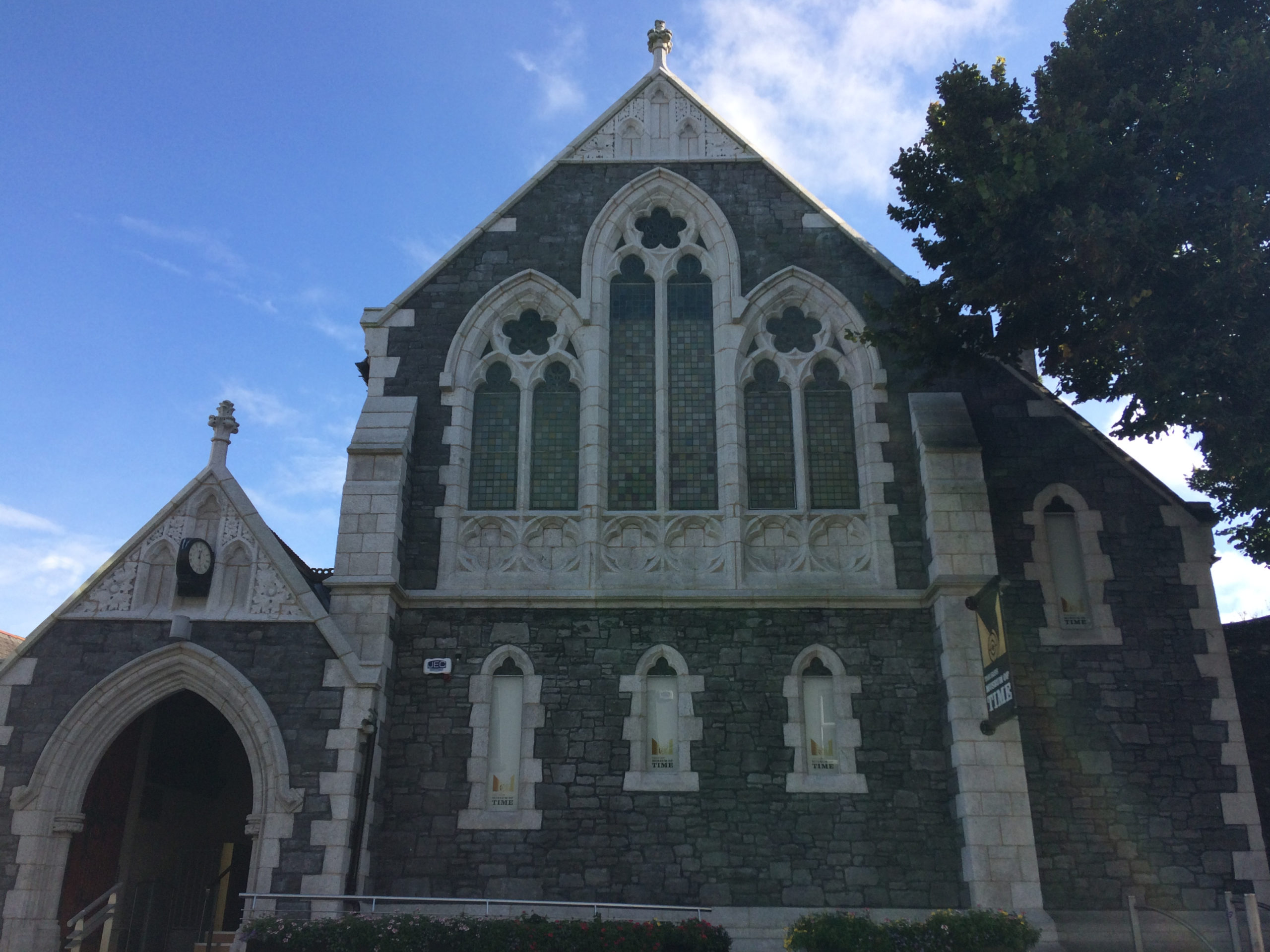 The history of Methodism in Waterford dates back to the eighteenth century when the evangelist John Wesley (1703-91) visited the city to address a small congregation in a makeshift preaching house he later condemned (26th April 1775) as ‘the most foul, horrid, miserable hole which I have seen since I left England’ (Wesley 1826 III, 411).  The historian, Reverend Richard Lee Cole (1878-1963), tells us that ‘in 1885 an improvement took place in Waterford [when] the city corporation, by demolishing old houses and creating a new thoroughfare, brought the Methodist church, previously hidden from view in a back street, out into the open [and] provided an opportunity for building a new church in a prominent position’ (Cole 1960 IV, 45).  The new church was designed by Sir Thomas Drew (1838-1910) of Dublin and made the most of its new found prominence with a richly-detailed façade of blue-grey limestone and silver-grey granite, an elaborate window featuring quatrefoils and cinquefoils, and a high pitched roof decorated with acanthus leaf crocket finials: the main body of the church, by comparison, was built using a multi-toned fieldstone with simple red brick dressings around the slender lancet windows.

Waterford City and County Council have again affected a great improvement in Greyfriars by repurposing the church as The Irish Museum of Time, Ireland’s National Horological Museum, showcasing the fascinating collections of two of Ireland’s leading horologists, David Boles and Colman Curran, with more than 600 items spread out over two floors.  Take a self-guided tour of the dazzling displays including the ten Irish longcase clocks spanning the period from 1685 to 1938.  These alone demonstrate the incredible skills of the virtuoso clockmakers and cabinetmakers who created timepieces of remarkable beauty and technological genius.  The collection includes items from home and abroad, the oldest exhibit dating back to 1551, with numerous table clocks, pocket watches and wrist watches on show.

Visitors interested in architecture will not only appreciate the Rose Window and the Gothic-arched roof which contribute to the ecclesiastical atmosphere of the museum, a temple to time, but will also be able to examine in detail the drawings (1784) by James Gandon (1742-1823) for “New Geneva”, Passage East, a new town intended to house a colony of Genevan Democrats displaced by the failed Geneva Revolution of 1782.

Back to Places to Visit: Waterford