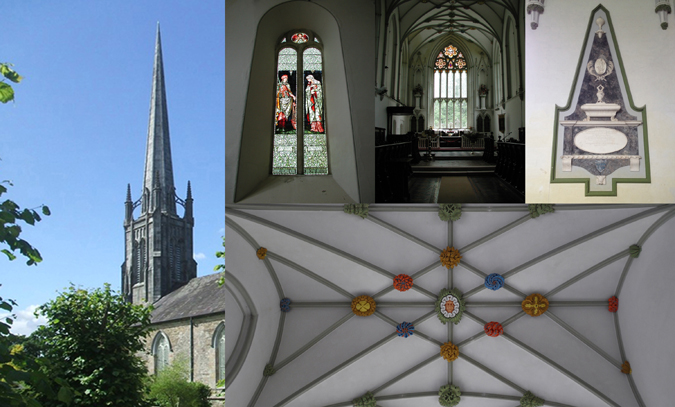 Saint Carthage’s Cathedral (Lismore) traces its origins back to an enclosed monastic settlement founded in 675.  The present building, however, incorporates an early seventeenth-century chancel and a late seventeenth-century nave to which the tower and spire were added in 1827 by the Pain brothers George (1793-1838) and James (1779-1877).  Among the treasures of the cathedral are four memorial stones dating to the ninth century; the tomb of the McGrath family (1557) with its carved figures of Saints Gregory the Great and Catherine of Alexandria amongst others; funerary monuments of Classical and Gothic design including one (ob. 1805) signed by Thomas Rickman (1776-1841) of Liverpool; and the celebrated Currey Memorial Window (1896), a pre-Raphaelite masterpiece executed by Sir Edward Burne-Jones (1833-98).

Back to Places to Visit: Waterford