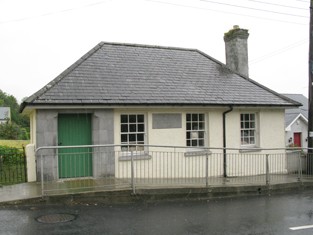 Between 1897 and 1913 Andrew Carnegie, a Scottish-American philanthropist, promised over 170,000 Pounds for the building of 80 public libraries in Ireland. They were built with the intention of making these libraries available to everyone with the hope that reading would improve the lives of local people. Carnegie himself never initiated an offer of money to a community for the building of a library; instead it was down to the community themselves through their councillors to make representations to Carnegie for a grant. It was stipulated that the libraries were to be owned by the community, used by the community and maintained by the community. The result is that the libraries are distributed unevenly around Ireland. They are concentrated in the Dublin area, Belfast area, Waterford, East Cork, Kerry and West Limerick. Of the 62 libraries that survive, 14 were built in West Limerick. They were built in two rural district Rathkeale and Newcastle West. Those built in the Rathkeale Rural District Council, designed by their engineer W.F.C. Hartigan, include a main library at Rathkeale (1907) and sub-libraries in Ballyhahill (c.1907), Ballysteen (c. 1905), Croagh (c.1906), Kildimo (c.1906), Kilcolman (c.1906), Pallaskenry (1905-7) and Shanagolden (1905-7). The more rural buildings were simple single-storeyed structures with little architectural pretension. They had one or two porches and looked quite similar to school buildings. The Newcastle West Rural District Council libraries, however, were of a different style. They were designed by the President of the Royal Institute of Irish Architects, Richard Caulfield Orpen and included a library in Newcastle West (1916) and smaller branch libraries in Athea (1917), Broadford (1917), Cloncagh (1917) and Feenagh (1917). His designs were more architecturally competent with the smaller buildings having the appearance of estate cottages or gate lodges. There is a hint of Arts and Crafts design in their execution. One of their most distinguishing features is the simple cut limestone doorcase which gives these buildings a touch of architectural quality. 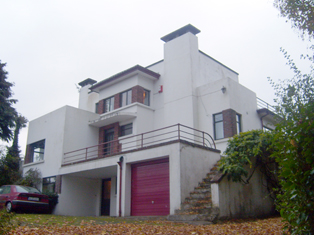 The term ‘International Style’ was coined after the first International Exhibition of Modern Architecture in the Museum of Modern Art, New York in 1932. The style had become popular in Continental Europe during the late 1920s and 1930s. It was epitomised by a white, geometrical architecture, which included box-like structures, unencumbered by ornamentation and usually finished in white, with flat roofs, large windows with steel casements. The overall impression was one of cleanliness, neatness and austerity. Materials such as steel, glass and reinforced concrete were used to produce new spatial and compositional effects. Against this background, a group of houses in the International Style were built in the Limerick suburbs in the 1930s. With the foundation of the Free State, new architectural styles were encouraged. Located in Castletroy and built by the architects Clifford and Newenham, the houses were aimed at a specific socio-economic group of middle class professional men, who desired sun-filled airy houses that could be easily maintained. The houses had all the International Style features: corner windows, flat roofs and cantilevered porch projections. Cooltara (1937) was built to a butterfly-plan of two rectangular blocks at ninety degree angles with a curved middle section, all of which faced south. Sunninghill (1936) and Cooleen (1936) were built on the same site for two brothers. At Sunninghill, the main bedroom contained a French window which opened onto a sun loggia which formed a railed balcony and was supported by red brick pillars. At Yoma (1937), the design was more adventurous, with stairs leading to a railed balcony on the south-west elevation which is reminiscent of Eileen Gray’s E1027 villa in Rocquebrune, France (1926-29). This group of houses, built in Europe’s most western boundary, provides a significant architectural link to the predominately Continental-based International Style of the 1930s. 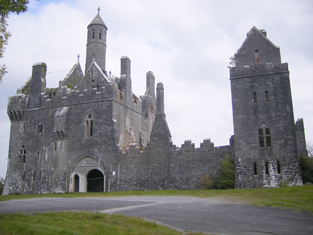 Limerick has a fine, if somewhat eclectic, collection of country houses dating from the nineteenth century. The houses range in style from the classical-inspired villas, with wide over-hanging eaves and porticoes to the large rambling country houses in all manner of revivalist styles. Castle Ievers (c.1830) and Kilpeacon (c.1810), epitomise the classically-inspired middle-sized house, belong stylistically more to the eighteenth century. Bowed ends were often added to the design, as at Massy House (c.1800). Additions often aggrandized earlier houses: matching Greek Revival pavilions were added to Tervoe, while Mount Shannon received a grand Ionic portico. As the century progressed, changing requirements called for greater variety of living accommodation, with more bedrooms, and more elaborate servants’ wings. Although many existing houses were extensively added to, it was more tempting for country house owners to go one step further and remodel completely, particularly if their houses were built in an earlier unfashionable manner. An interest grew in building houses that were made to last and were more historically correct than their predecessors. Thus revivalist styles became popular: at Castle Oliver (1845-48), G. Fowler Jones used a robust Scottish Baronial style; at Glenstal Castle (1836-39), William Bardwell created a Norman Revival castle, while at Cahermoyle (1871), J.J. McCarthy built a Venetian palazzo Lombardic’ styled house with polychromatic effects that the mid-Victorians so admired. Adare Manor (1832-50) began with the rebuilding, enlarging and subsequent demolition of the earlier eighteenth-century manor house of the Quin family. The initial plans for the Tudor Revival house were supplied by James and George Richard Pain, but their services were dispensed with in c.1838 when the 2nd Lord Dunraven continued with the design of the house himself with help from the English architect Lewis Nockalls Cottingham. A.W.N. Pugin was employed in 1846 to design some of the interior features including the great hall. The three-storey southern range and the tower with pyramidal roof, completed between 1850 and 1862, by the 3rd Earl of Dunraven, were to the designs of P.C. Hardwick. It was at Dromore Castle (1866-67), however, where E.W. Godwin designed a more archaeologically correct Gothic Revival castle using distinctively Irish mediaeval Gothic features of the round tower and the stepped battlements, that one of the great atmospheric and all-important picturesque country houses of the nineteenth century was created. 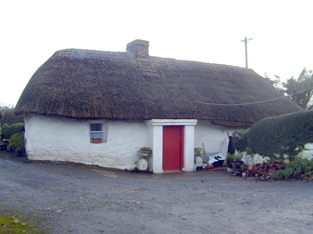 Limerick County has a fine significant collection of thatched buildings. These buildings are difficult to date as the plan and materials used in their construction has remained the same over a long period of time. Surviving examples are typically single-storey, built on a rectangular plan, one room deep with steeply pitched roofs and are often built at right angles to, or facing away from, the nearest road. In County Limerick it is the larger, longer lobby entry style house, of the fertile east, that has mostly survived. A two-roomed house, in Newtown in the west, with its direct entry to the kitchen still stands. It has a hipped roof and central chimneystack. This is common in the lowland east too, and seen on a house at Fanningstown. Many houses in this area have gables. In the longer or grander houses, or houses with a sleeping loft over the end rooms, gable ends might have chimneystacks, a formula seen in the house at Corelish West. Farming or self-sufficiency meant outbuildings, which were sometimes grouped to form courtyards or often strung out in a line. The intrinsic aesthetic qualities of the construction materials usually suffice, but there are moments of elaboration: the thatched comb at the ridge, rendered plinths, quoins and surrounds to windows, painted reveals and sills. The asymmetric gabled house at Annagh, exhibits an undulating rendered window surround, ridge comb and a cornice with a ribbon motif on the windbreak porch. Thatch was once the roofing material for larger houses: Ashgrove House, Ballycasey, near New Kildimo, represents one of the rare two-storey thatched houses, while at Ballyengland Lower, east of Askeaton, thatched stables still survive.